Happy Birthday Daniel!  I can't believe that you are 10 already!  I am delighted by your curiosity, creativity and desire to learn.  I am thankful that you ask questions and are engaged with the world around you.  I am learning more because of the questions that you ask!  I am so thankful for you and love being your mom!  You are an answer to prayer.  I love you and look forward to celebrating many more birthdays with you!  Love, Mom 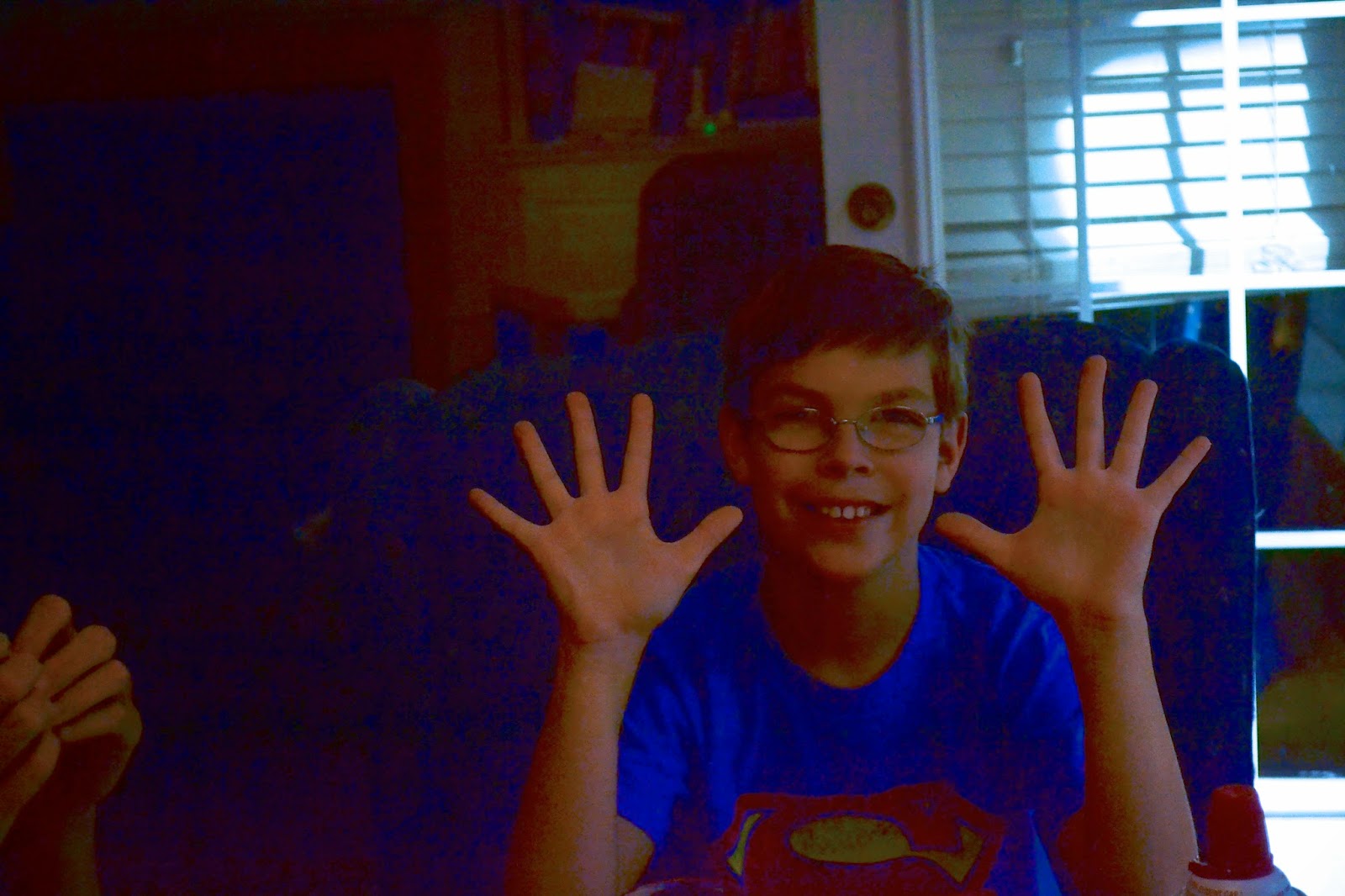 He was very excited that Christopher was able to be home on his birthday since it fell on a Saturday.  First up, was a huge breakfast.  One of our birthday traditions is for the birthday person to choose the food for the day.  Daniel chose bacon, cinnamon rolls, chocolate milk, orange juice and eggs.  Some foods that we don't have too frequently.  :) 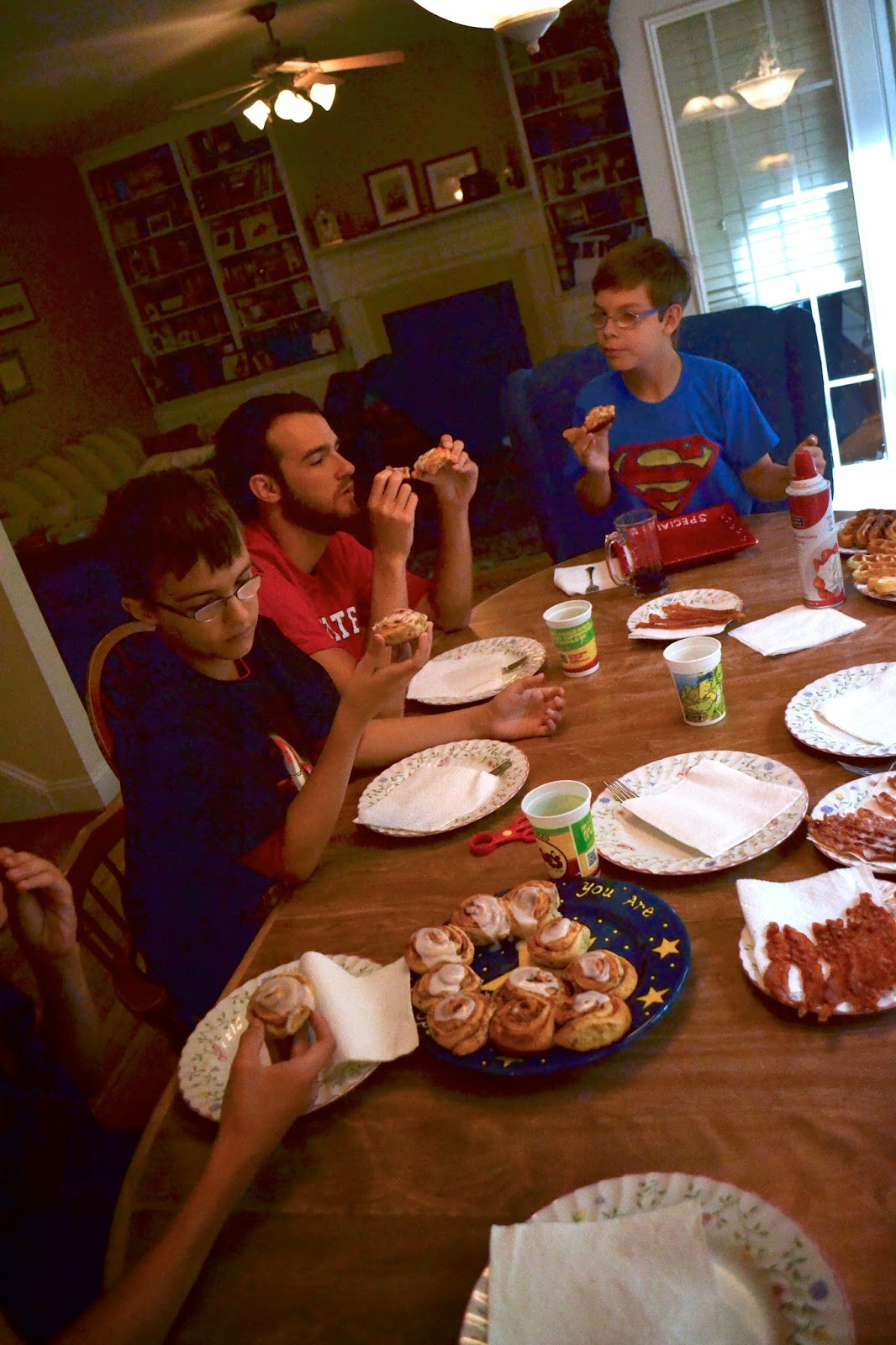 His brothers staged a surprise scenario in order to receive his gift.  This has been something that they have enjoyed creating for several years.  This one is a super hero scene and here is the bad guy waiting. 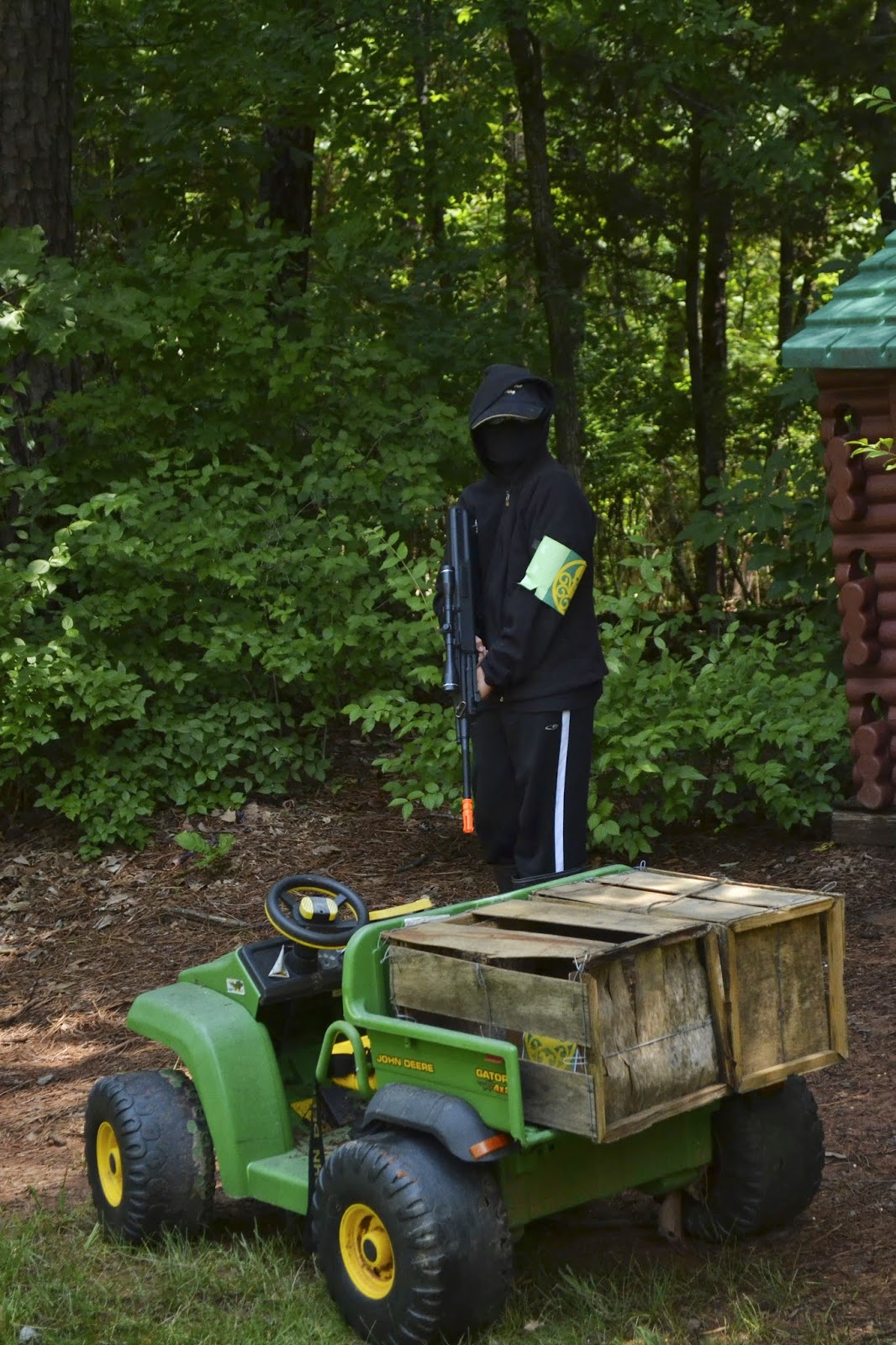 Spiderman and his accomplice running to meet him. 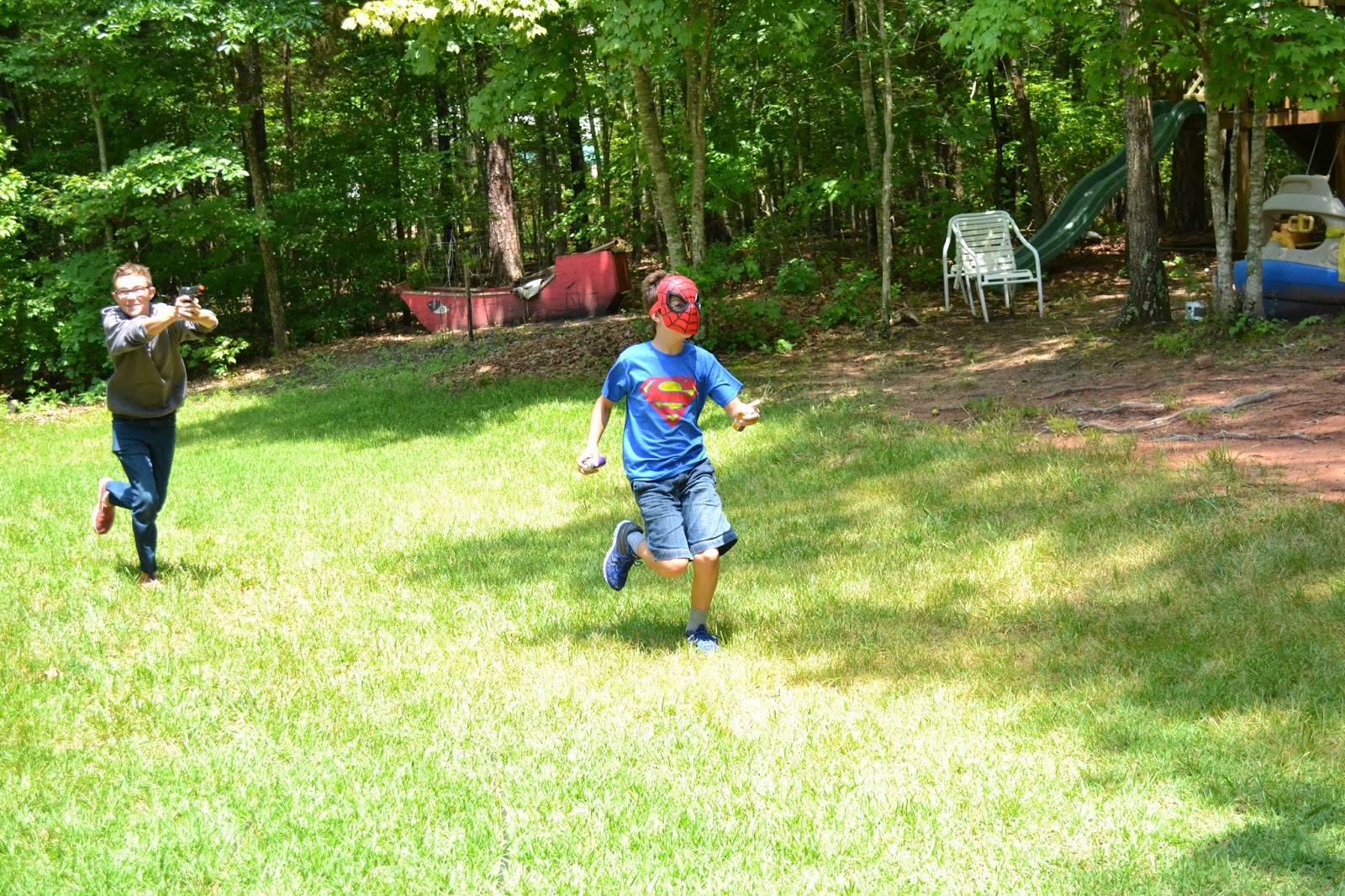 The fight is on. 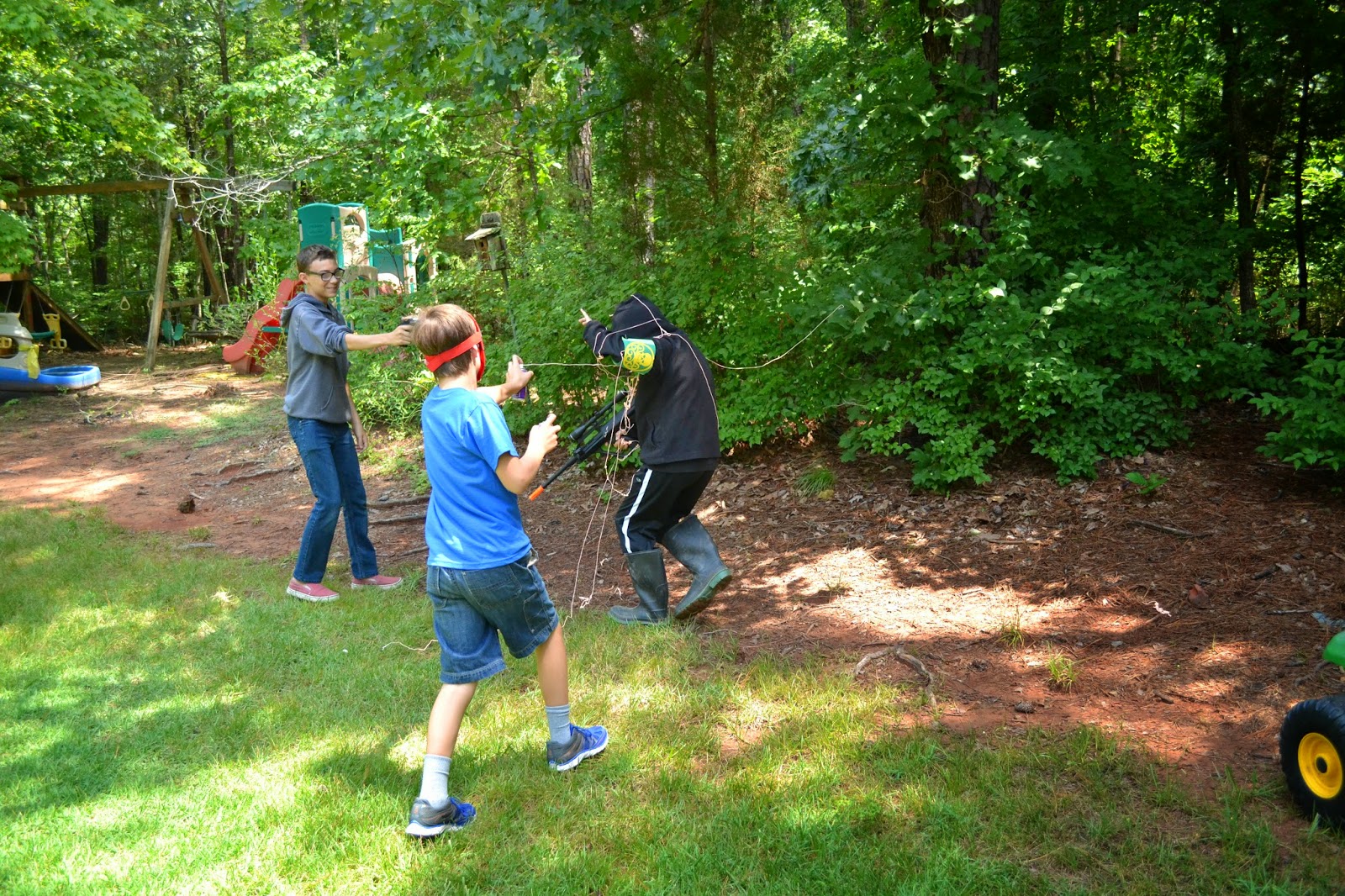 I love how they go all out in designing the scene, setting the stage and getting into their roles.  They really make this a fun part of his birthday! 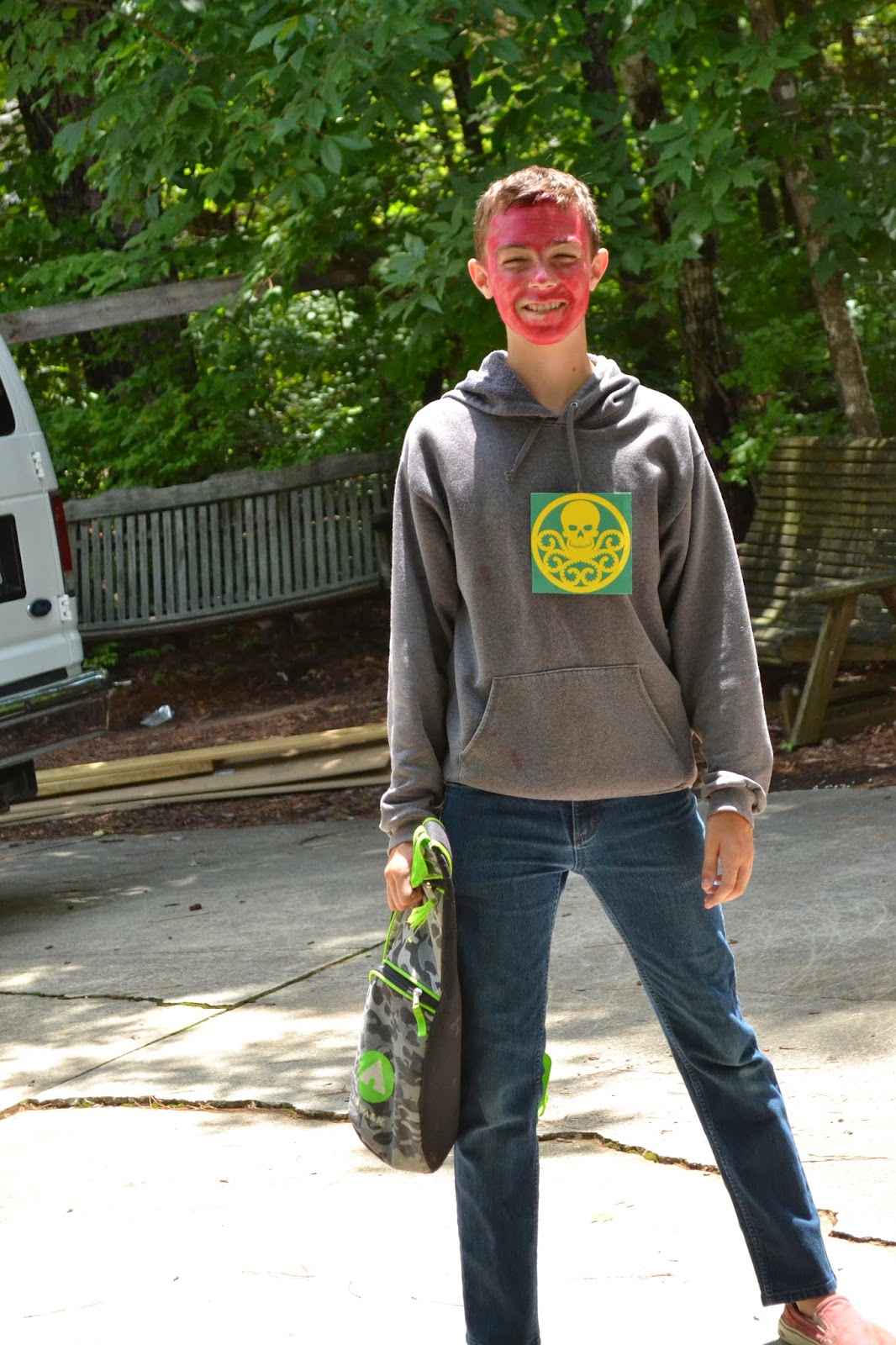 Such a fun theme and Rebecca and Hanna got into the fun of dressing up too.  :) 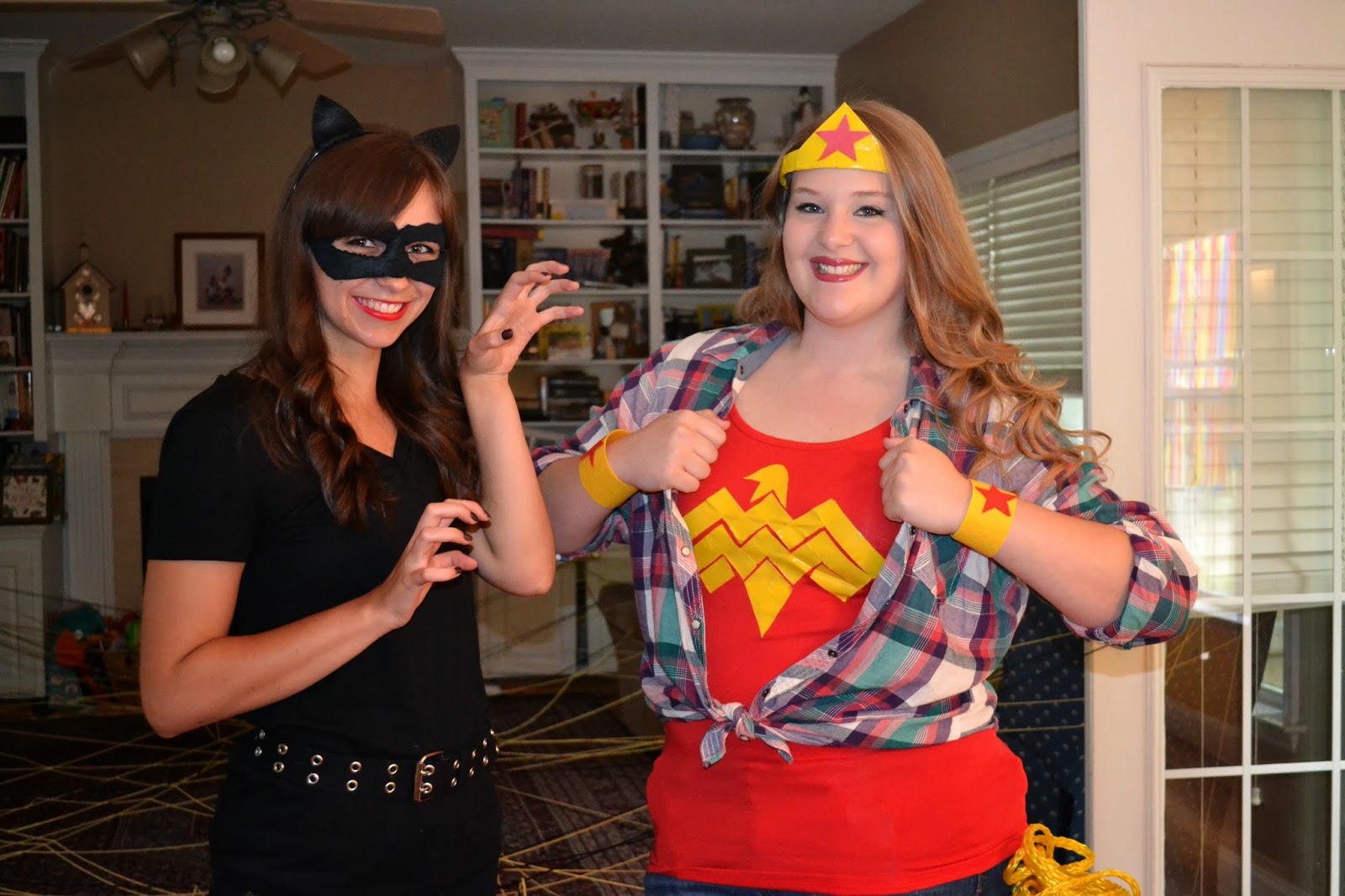 We saw so many great ideas for a super hero cake - most of them were way out of my talent and experience league!  Rebecca looked at some though and decided that she could make them!  And she did!  She used the templates here and copied the design onto wax paper using melted colored chocolates.  We then put these on top of the cupcakes.  Her sweet friend Hanna helped make them too.  Don't they look awesome?! 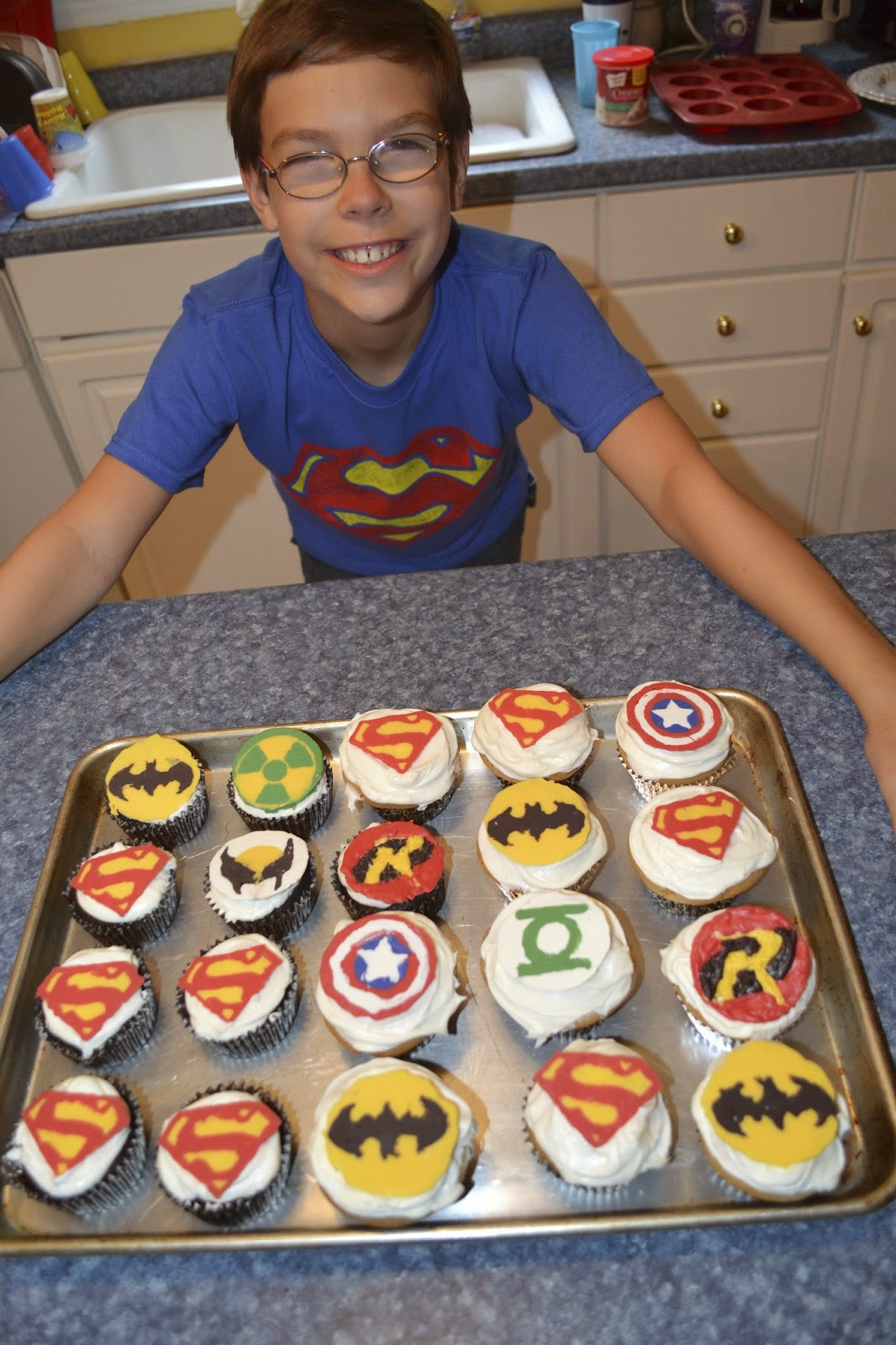 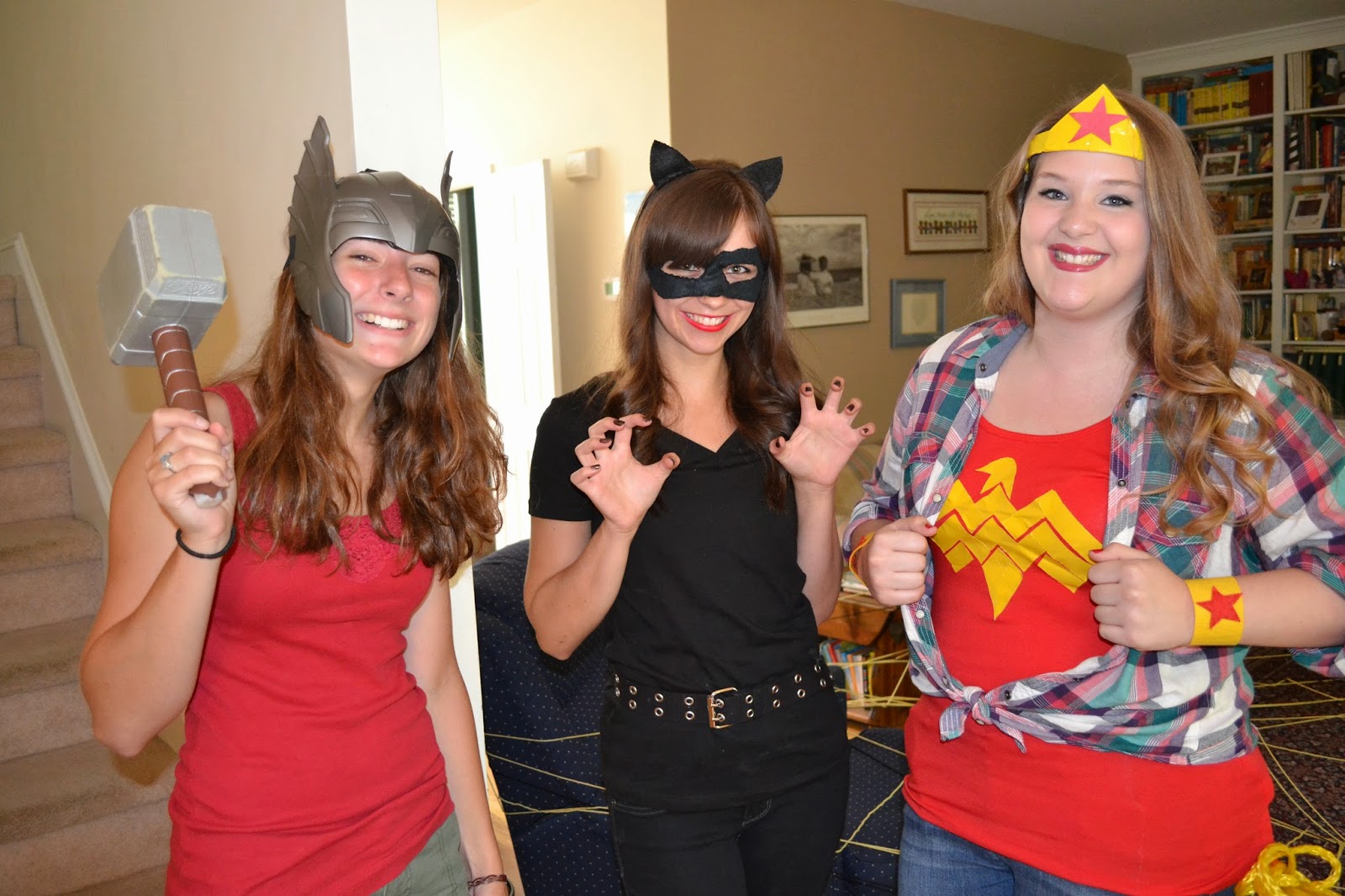 We played a variety of games from guess how many super heroes in the  jar (Lego ones) to Super Hero Who Am I?  Each person had a symbol on their forehead and had to ask questions to try to figure out who they were.  You can get the printables for these here as well as other great super hero printables. 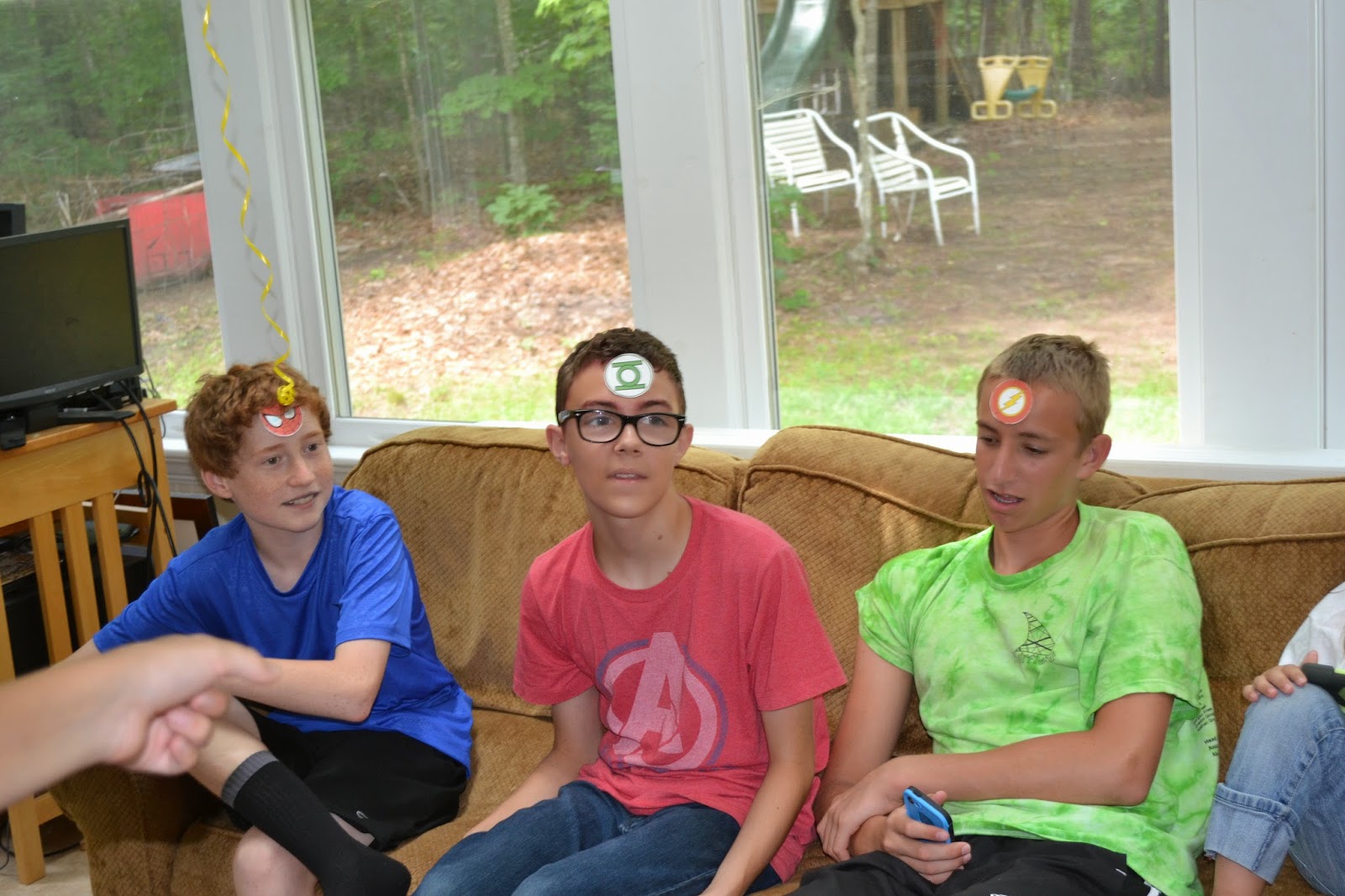 We made a huge spider web.  I tied a piece of candy on each end so that each person had a starting place and knew when they were at the end. 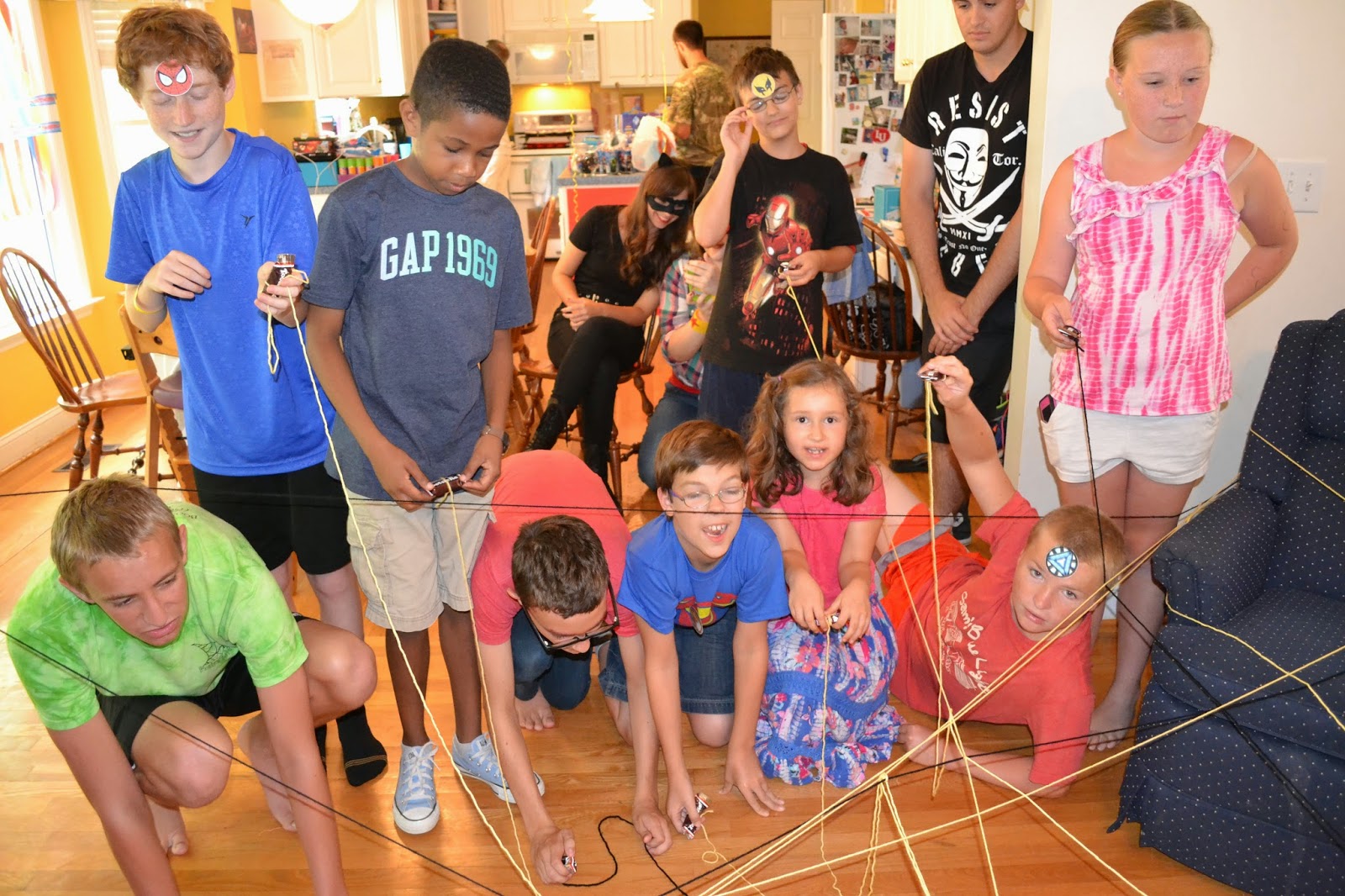 It was trickier than it looked and was fun to watch them get into the web. 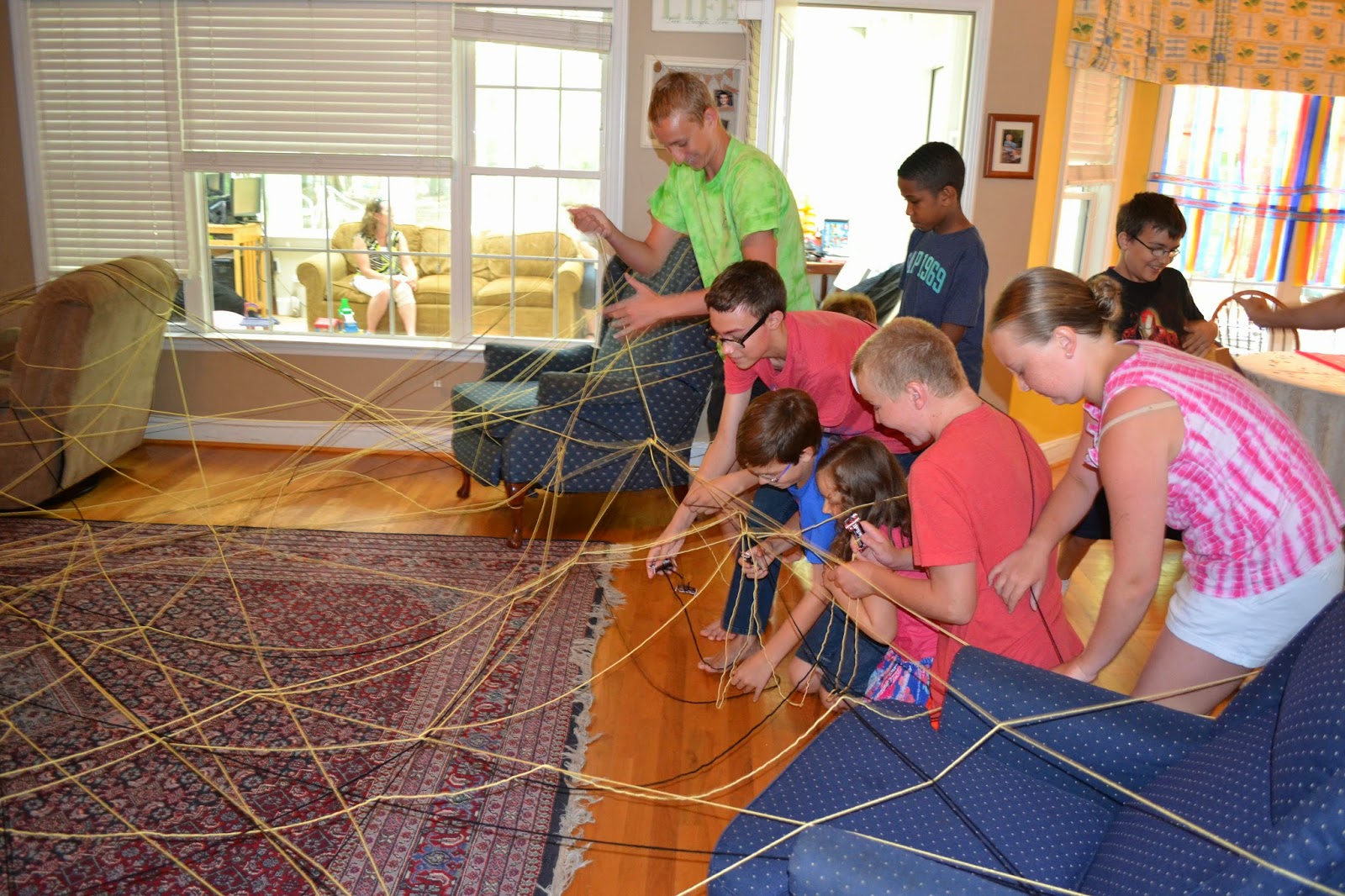 Most of them finished it, but few just gave up without getting to the candy at the end.  It took some work to set up - and for them to go through - but it was fun and worth doing! 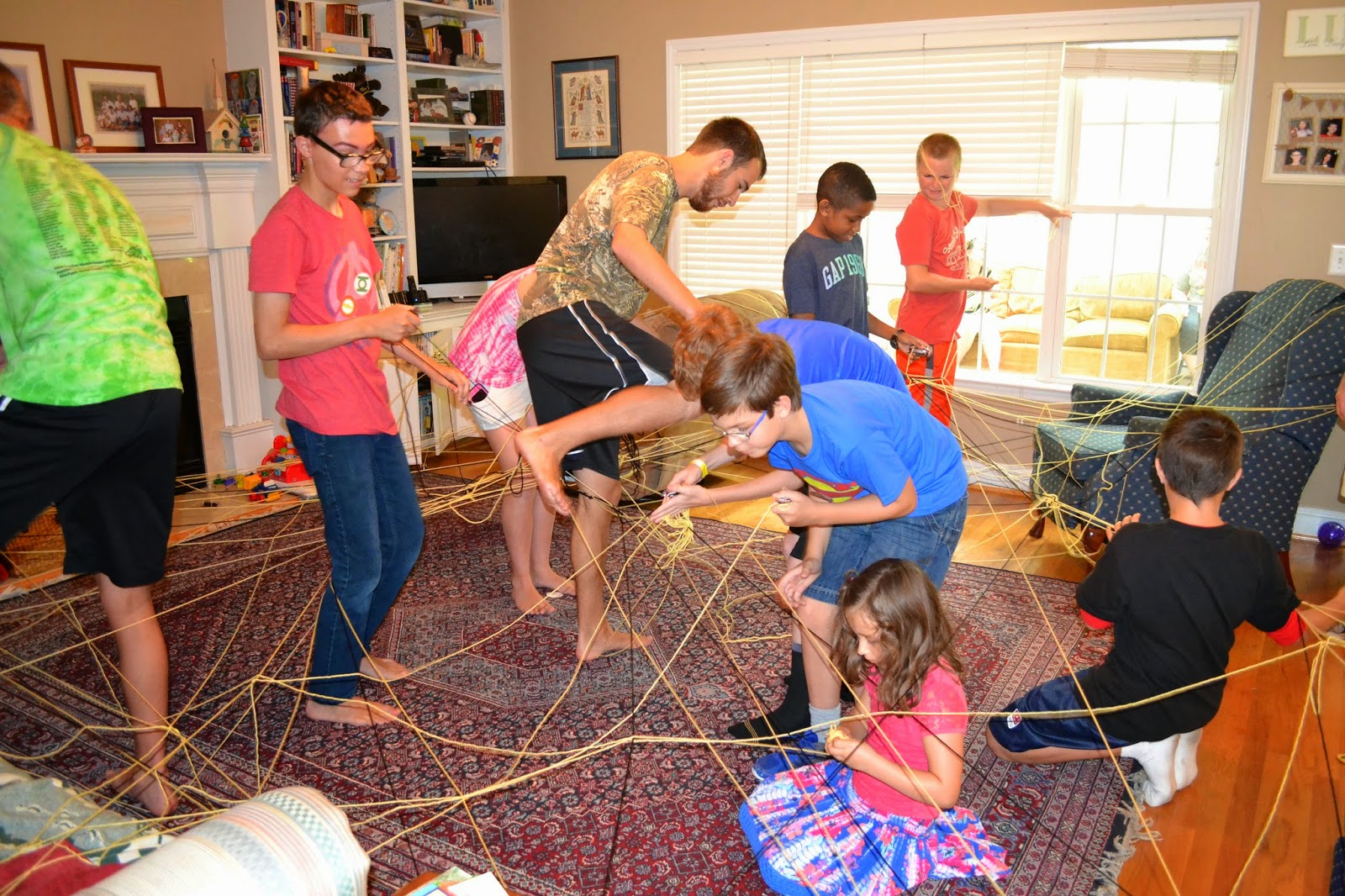 We played a charade game where a super power was acted out and the others had to guess.  Some that we used included the following:
*sees through walls
*fly
*super strength
*speed
*healing/regeneration
*ability to remove senses (like inflicting blindness)
*agility/reflexes
*immortality
*time travel
*magnetic forces
*elasticity
*invisibility
We found that it really helped to have two people acting things out.  This was fun and went pretty quickly. 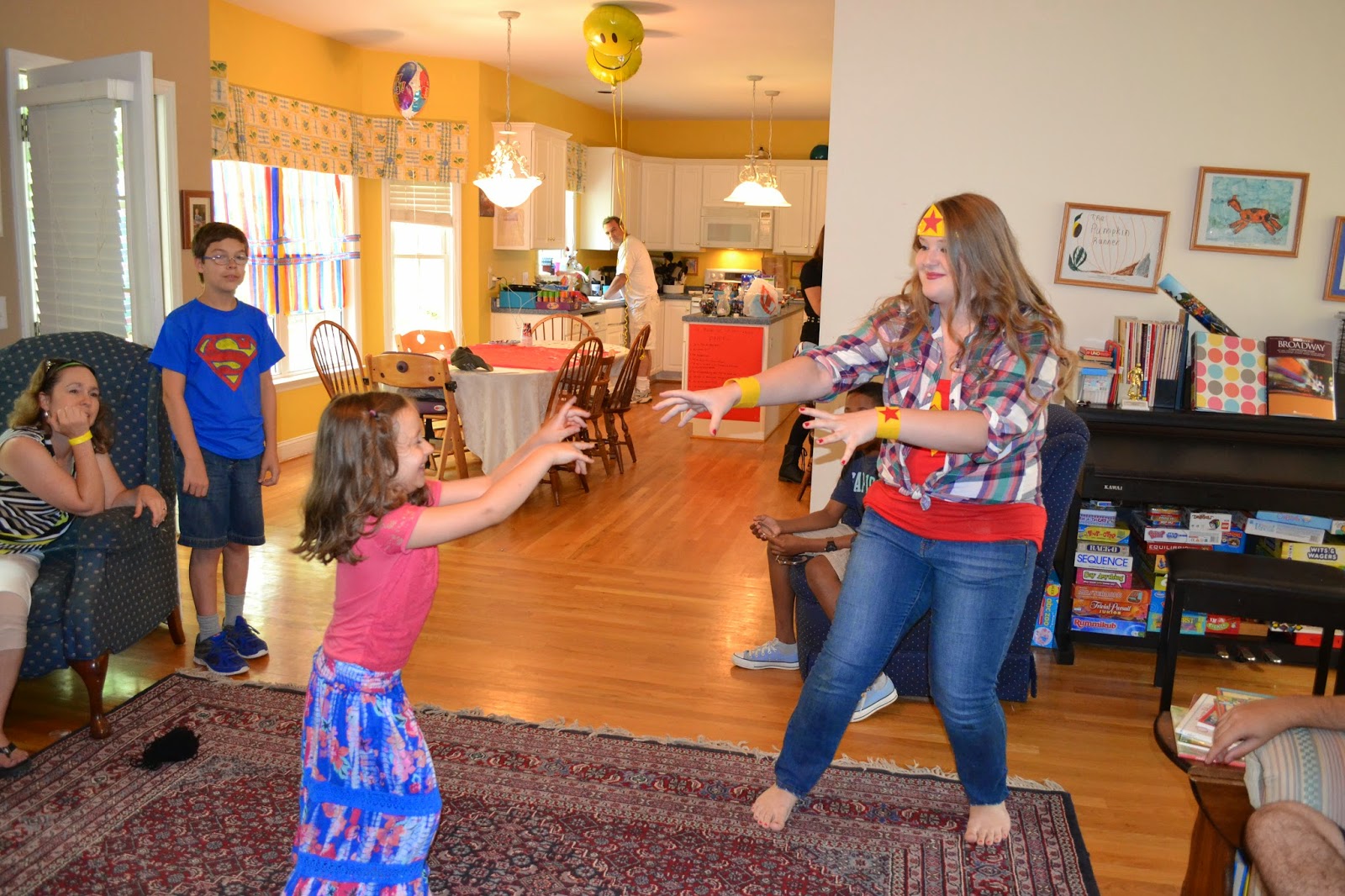 We gathered for cake and then opening gifts. 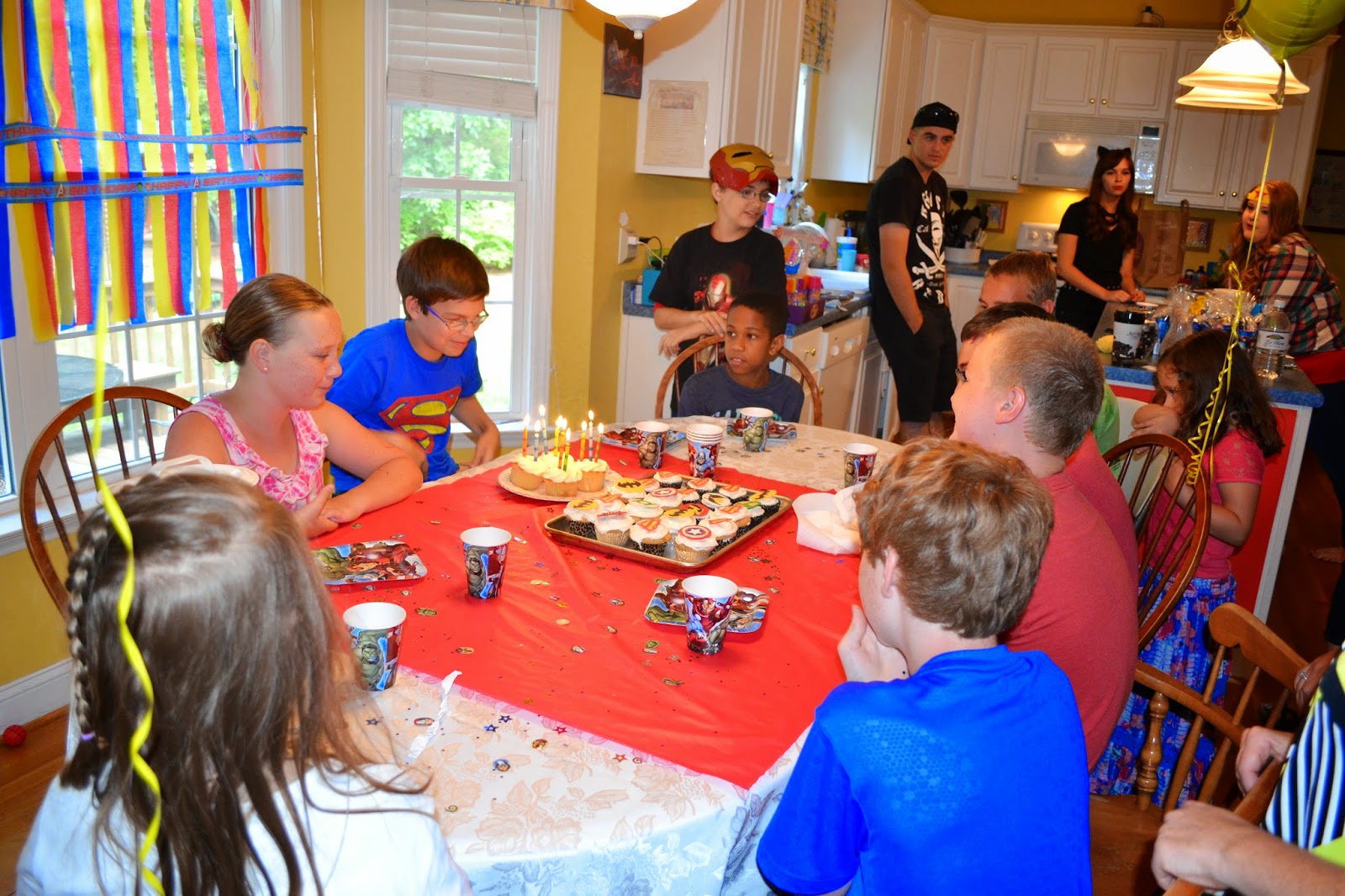 Now it was time for another spider game.  I had planned more outside games, but it was forecasted to rain so then we moved plans inside.  It ended up being beautiful though.  This was a game with people in teams and each team tried to get more silly string on the other team. 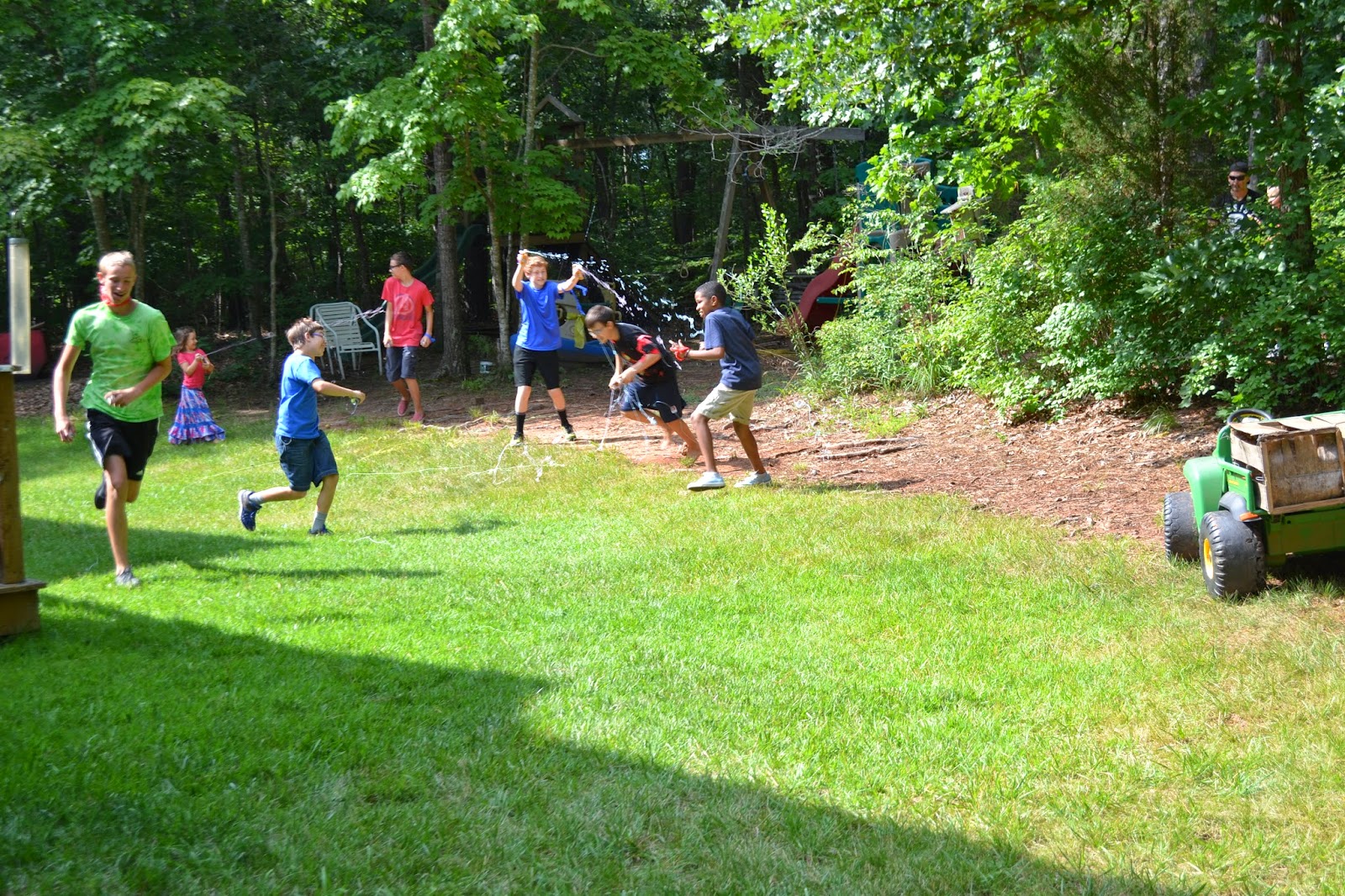 The "rules" were loose and a little vague, but that didn't stop the fun at all! 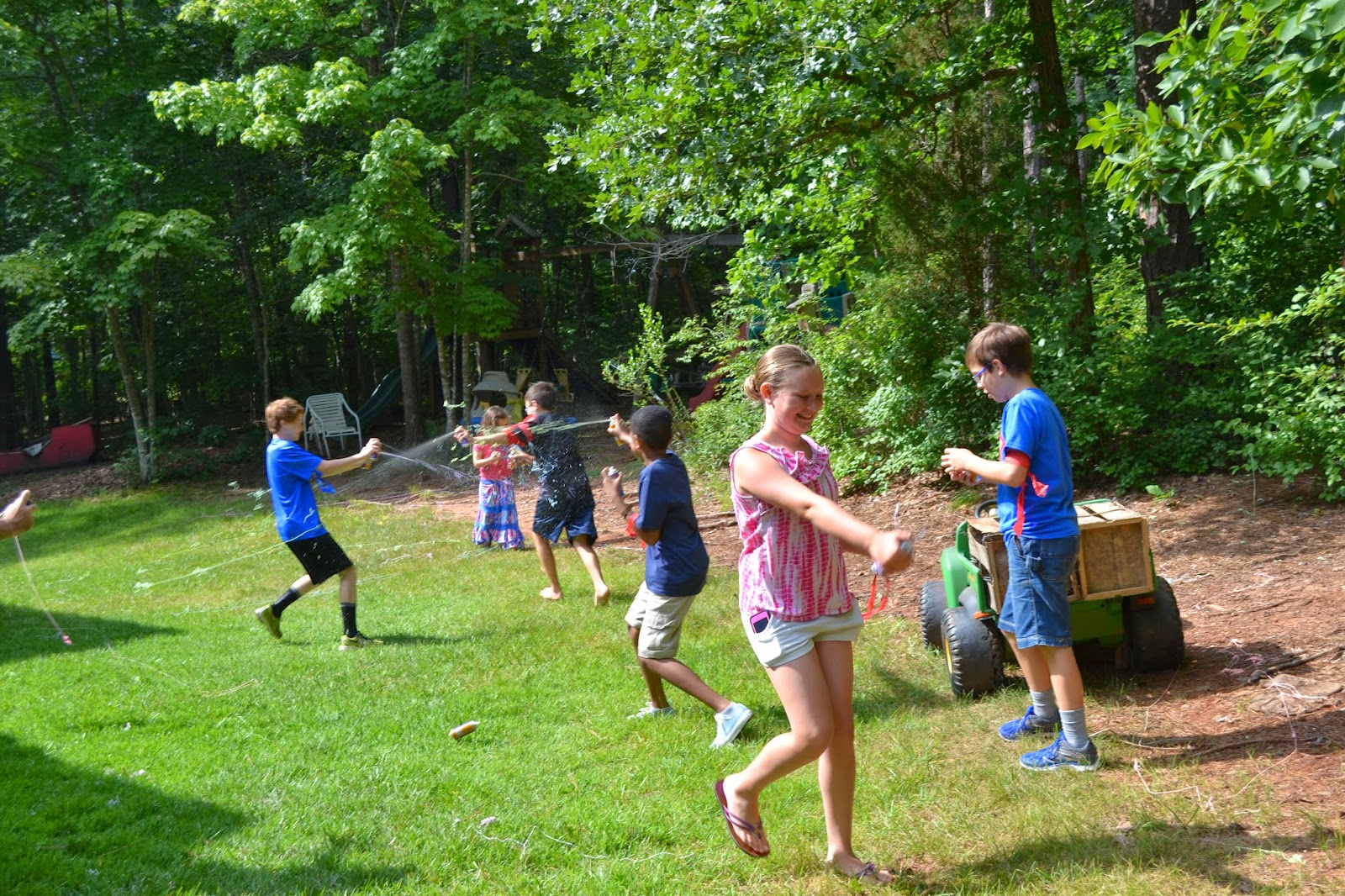 Silly string is always a hit! 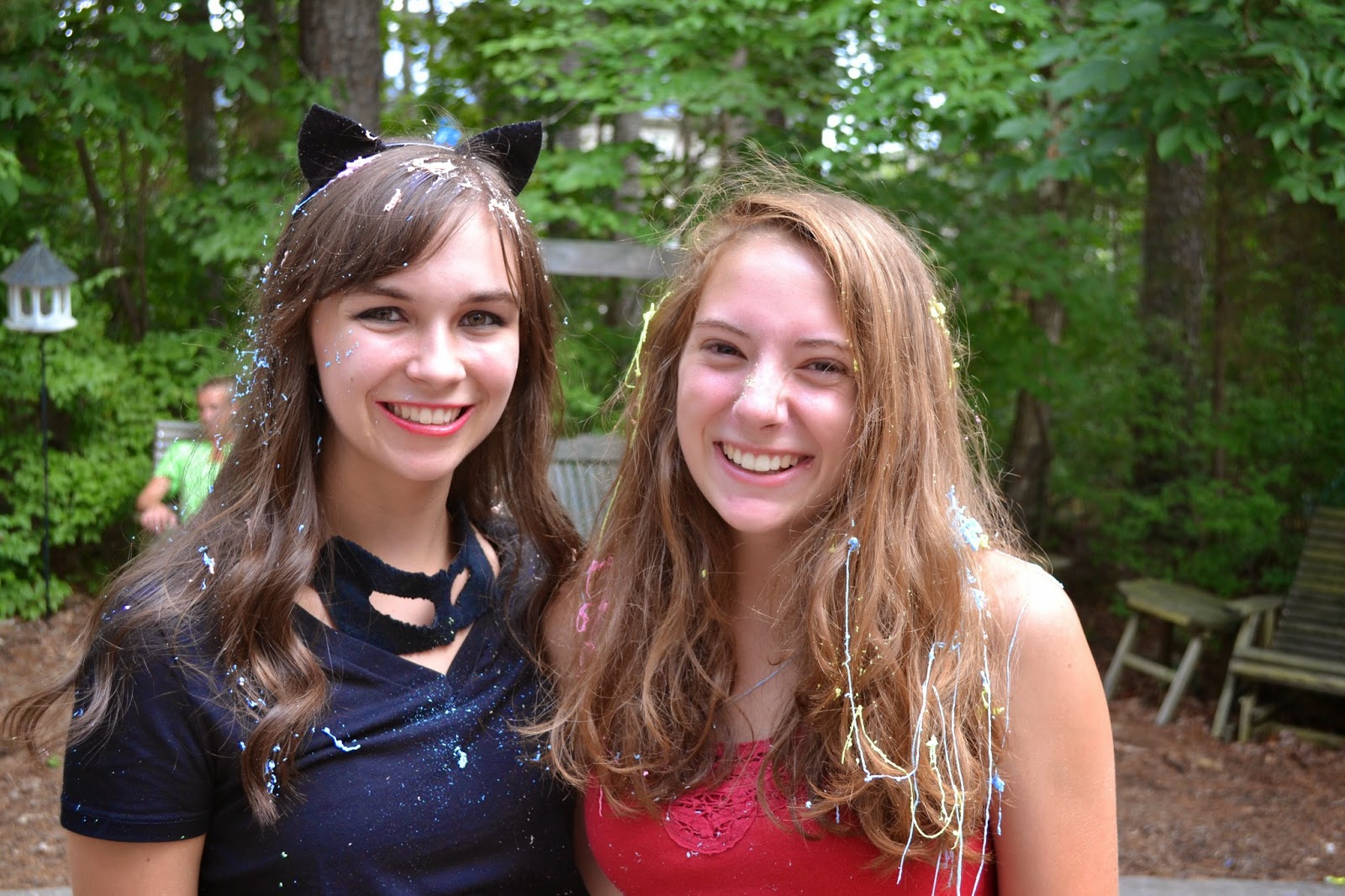 The last game was a spider race.  Each team/pair had to link arms with their backs facing each other.  Then move from the beginning line forward to a second line and then back again.  Its harder than it looks because one person is always backwards. 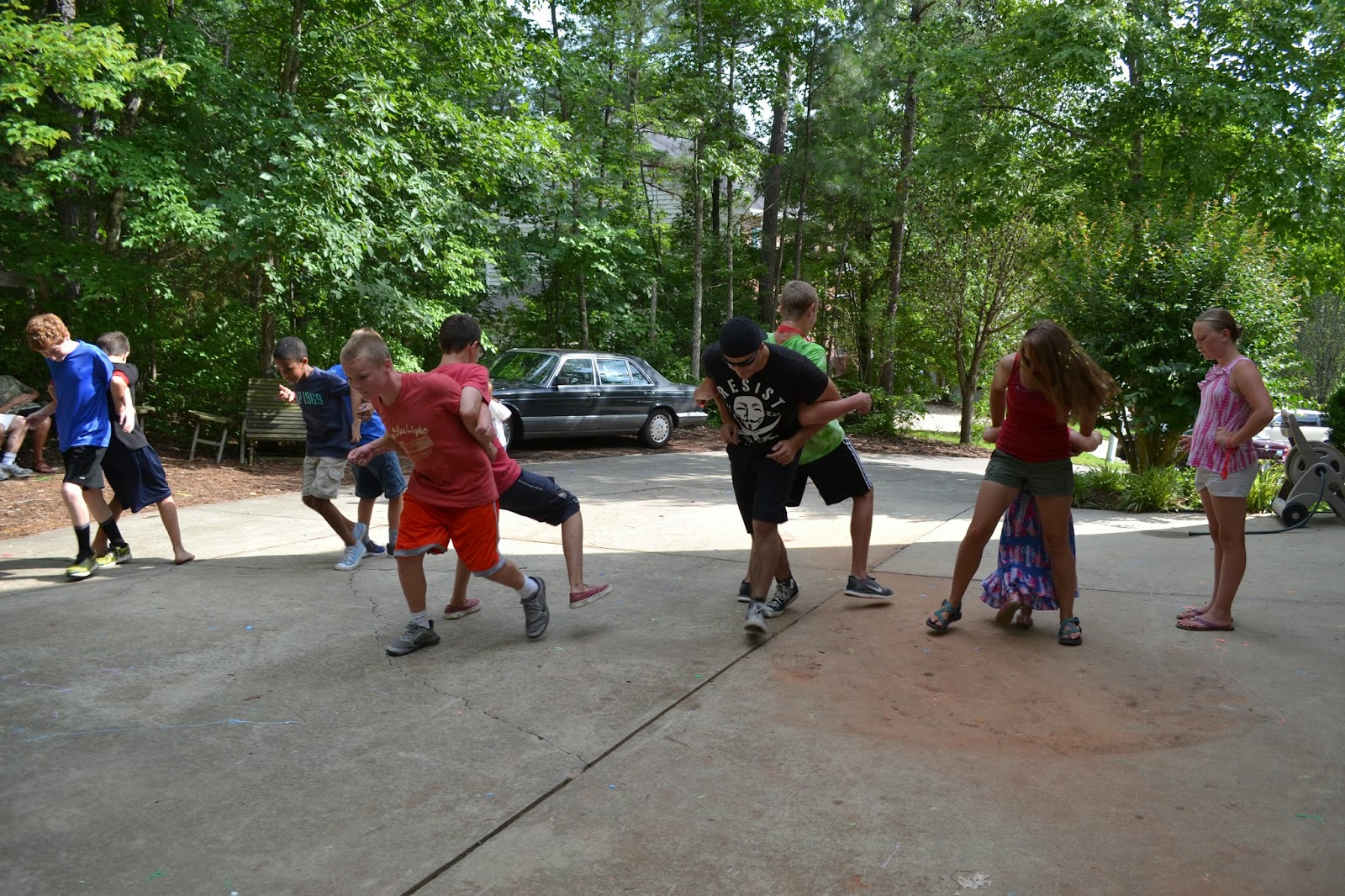 We enjoyed a taco bar for dinner and then watched the Lego movie on the "big screen" (projector onto a sheet). 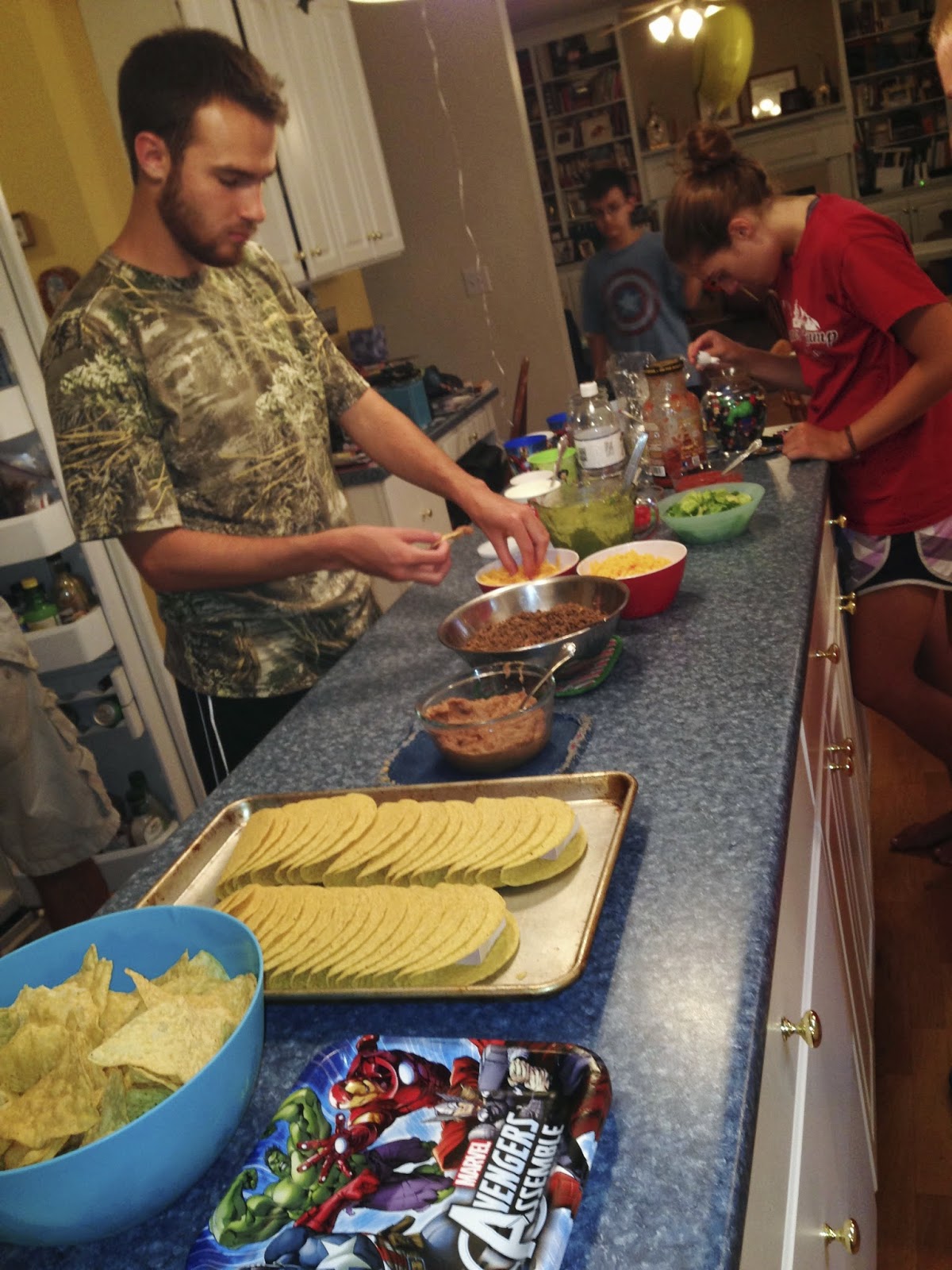 It was a fun party and what a great theme to work with!  I highly recommend this theme if you have a child that would enjoy it.  Lots of fun!

Delightful day with family and friends celebrating 10 years of life for Daniel!