What a delightful book!  This is one of my favorites.  I have sweet memories of reading this book and doing fun activities with all of my children from it.  This was the book for this month's Before Five in a Row co-op.  We started with reading the book. 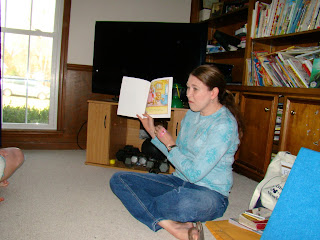 One of the details that we noticed in the book was the butterfly.  The children then looked at a picture of many butterflies to try to identify the one in the book. 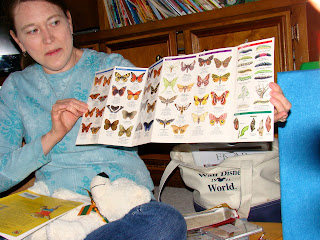 We then looked at different seasons.  We talked about the weather and temperatures typical in each season and what you would wear. 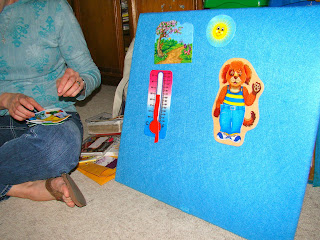 The children loved taking turns dressing the bear!  (And adding in the weather elements.) 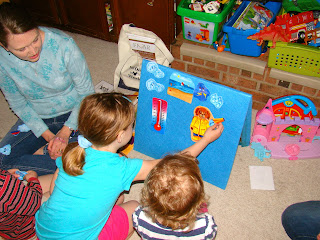 We also talked about good health and eating nutritious food.  This plate is a great visual of eating the right amounts of each type of food.  In using pretend food, the children were able to try to identify which category the food belonged to and put it in the correct spot on the plate. 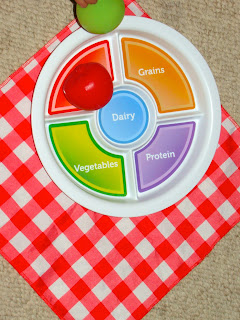 This activity was the one that I think they liked best of all.  They were each given 2 pieces of paper.  One with bears to color and the second with squares listing the corresponding colors. 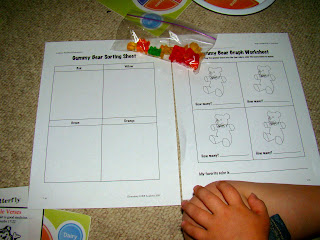 They each were given a baggie of gummy bears to divide up on their squares. 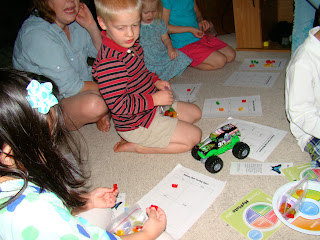 Then they colored the bears and counted how many they had in each color. 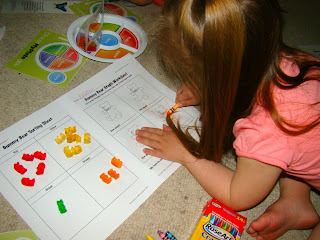 Of course, their favorite part was making the bears disappear! 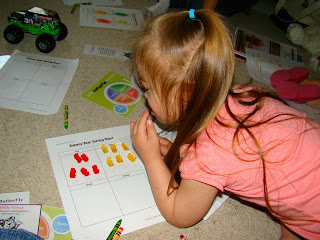 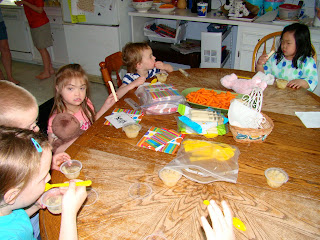 The last activity was this cute craft.  It was very hands-on though and so I didn't get many pictures.  The bear was made from grocery bags (2) and then cut out.  We punched holes in the bear so that he/she could be stitched up.  They were then able to decorate the bear with fabric, glitter, sequins, pompons and more!  As is typical, Eliana did not want to do much in the group so we brought ours home to finish here. 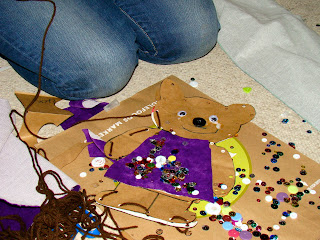 Meanwhile the boys met to discuss another chapter in The Mad Scientist Club book.  This chapter told a story about a missing pilot who had parachuted from a plane.  Everyone was out searching for him and the Mad Scientists had their own plan to reach  him.  They used science in figuring out with available information where they thought he might have landed and then set off.  It involved climbing some mountainous areas and crossing a river.  Joshua built this river scene from clay. 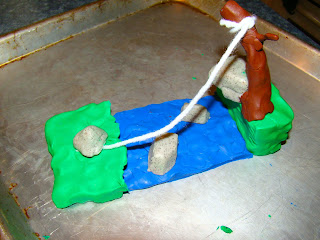 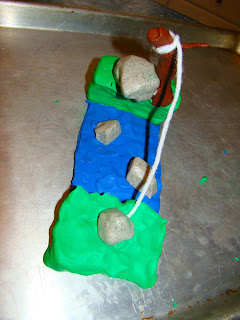 They ended up in an abandoned mine/quarry.  Daniel made his scene from legos.  Its in several parts.  The first is one of the boys radioing from a big tree to the rest of the group. 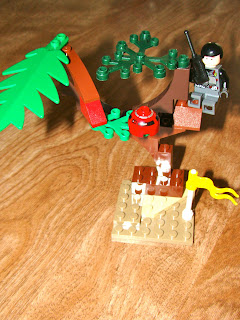 Crossing the river and one of the boys (Dinky) falling in. 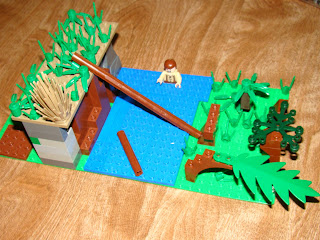 Dinky warming himself by the fire.  Notice his shirt is off so that it can dry. 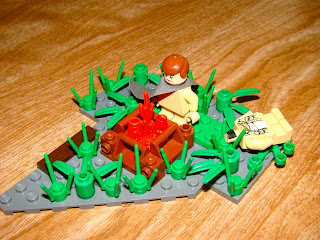 Part of the group finding the ripped parachute. 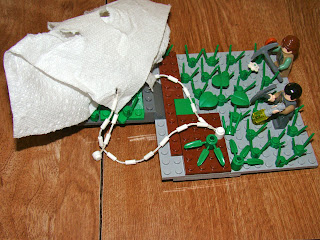 At the top of the quarry and seeing the pilot down below. 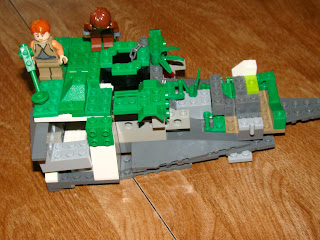 Overhead view of the pilot with some of the legos removed from the scene above. 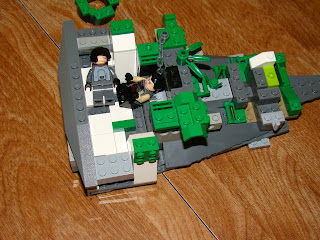 Love the detail that he puts into his Lego creations!

We had a fun morning with our friends and as always are thankful for the opportunity to learn and have fun with them.