We had a wonderful week-end though I didn't get pictures of all of it.   Saturday morning was a busy one.  Roger and Christopher were running in the Krispy Kreme race.  Friends met at our house and we headed for the race.  (Rebecca didn't go in case you wonder why she isn't in the pictures as she had guitar lessons.)

This is Christopher's 3rd time running it and Roger's 2nd.  My boys have been very excited to go to this race ... since last year!  The weather was SO much better this year.  No rain (that came later in the day) and not too cold either.  For those new to this race, here is what happens.

We arrived in the mass of people and walked to the spot we met last year and thankfully found them. 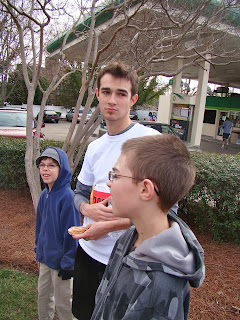 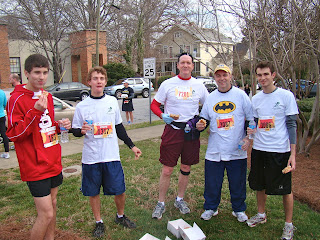 They worked through their boxes of doughnuts all going at varying speeds. 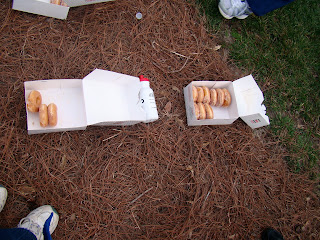 We hung around, talked and watched the others at the race.  It is really a great place to people watch. 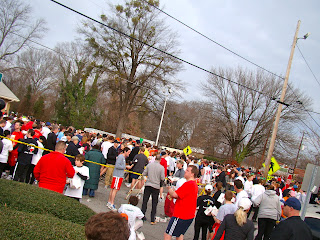 Just had to say that Joe was amazing!  He downed those dozen doughnuts with a smile on his face.  We were stunned at how quickly he went through them and didn't seem fazed at all by eating them!  As my boys said ... "Joe is a beast".  (Had to share this with you Janey!) 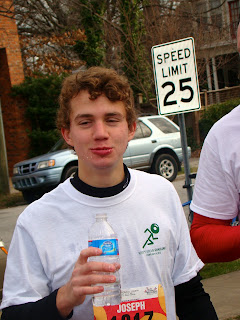 My boys loved talking to people while they were eating.  I had to call one back as I could see the runner (who won't be named) was getting ready to be sick.  My son later told me that he knew that, but wanted to see him throw up.  ???  What? 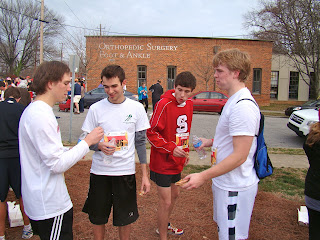 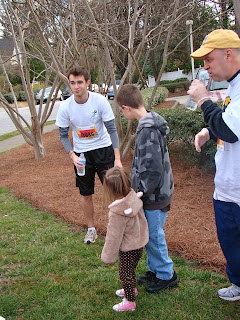 Roger with friends Lindsay and Heath from our Bible study. 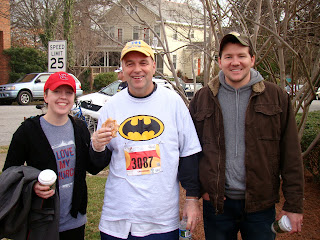 My favorite part of the race is the costumes.  I wish I could have gotten more or better pictures of them, but here are a few for you to enjoy. 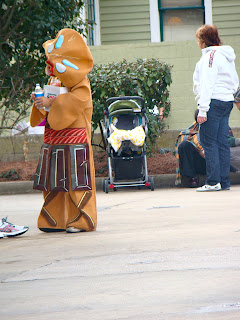 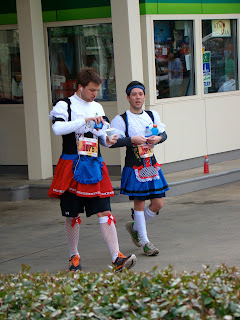 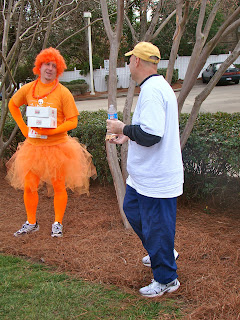 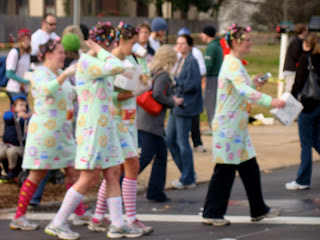 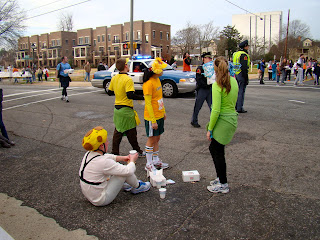 Gotta love the tricks for eating the doughnuts.  Smashing a stack of them together so that you have a giant flat group of 4 for example.  Not really sure how drenching them with water helped, but then again I'm not eating a dozen either! 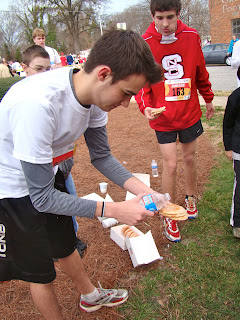 And then wringing them out. 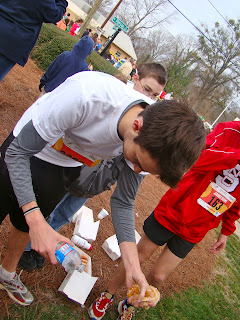 As you can imagine, this creates a giant mess!  Can you see the stack of empty boxes?  The runners that are "challengers" must take their empty box to present to show that they have eaten them all.  You can be a casual runner in the race and not eat all of them. 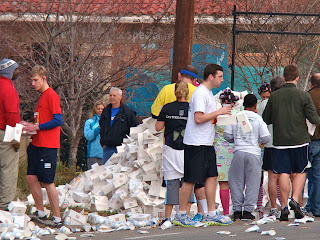 As you might imagine, there were a few doughnuts left over at the end of the race. 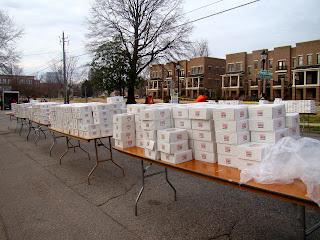 This was the moment my boys had been waiting for.  Dreaming about.  Planning since last year!  LOL 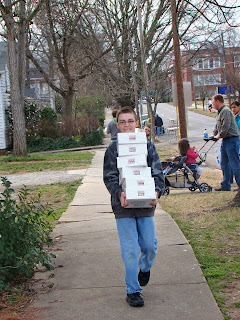 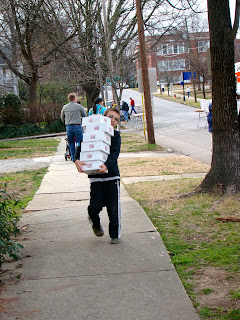 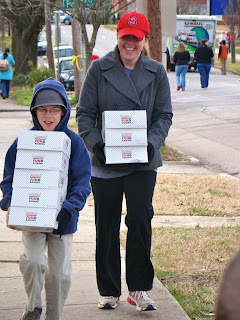 As I went to get the van and bring it closer, I heard rumors that even more were collected.  We came home with a LOT of doughnuts. 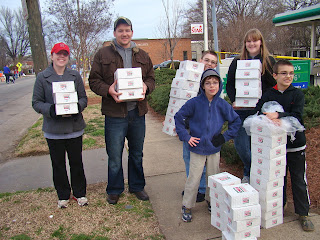 Thankfully the boys were persuaded to give a lot of them away!

There are the pictures of our week-end.  But I'll share just a bit more that went on.  Christopher and his girlfriend Taylor came over for lunch and ended up staying through dinner.  It was wonderful to meet her and we all enjoyed hanging out with her and playing games.  We hope to see her again soon!  :-)

On Sunday, Christopher, Joe and Jameson came over to watch the Super Bowl along with our friends the Troedssons.  It was a fun evening of food - lots of it, laughter and games (both football by the guys and Catchphrase for the girls).

I'm thankful for time to spend with friends and family.  This week-end was just a sweet time.  I'm blessed and grateful for the many blessings in my life.  Thank you God!

Blessings
Leslie
Posted by Leslie at 1:46 AM 3 comments: Links to this post