Beyond FIAR Co-op: The Cricket in Times Square #3

It has been so much fun to learn about New York City during this unit.  We seem to have focused more on the city this time than I remember doing the last time we studied this book.  It has really made me curious about the city.  Made me want to do a little exploring of it myself.

We spent some time in this co-op learning about Coney Island.  We watched an online video clip which showed some of the rides.  They learned about how the shape of the island has changed over the years.  In fact it isn't really even an island any more as it is connected to land.  And of course the 5 cent hot dog. 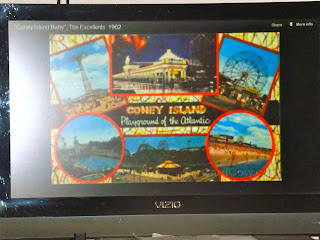 The focus of our day was learning more about the judicial system.  (Yes, there should be 12 in the jury box.) 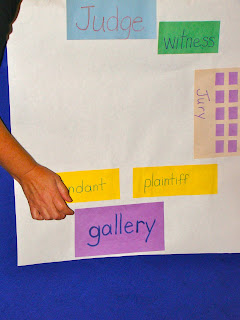 After some discussion on the court system and how it works, it was time to put what they had learned into action with a mock trial. 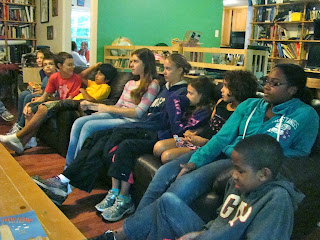 They were given parts to play in the trial of B.B. Wolf v. Curly Pig.  (The story of the Big Bad Wolf - familiar but with a different twist and perspective.) 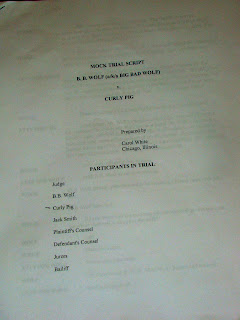 The students spent some time looking over their roles and then it was time for the trial. 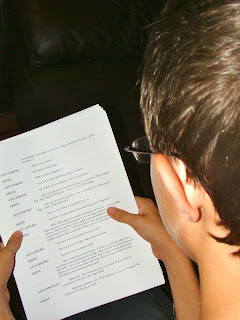 We set up our room to resemble the courtroom pictured above.  Isaiah is the judge there in the front of the room.  The bailiff is standing to the right. 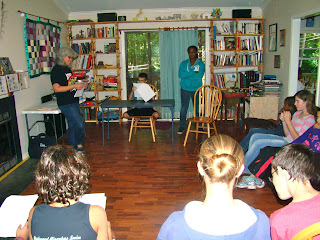 Joshua served as the lawyer for the plaintiff - B.B. Wolf.  He really got into his role. 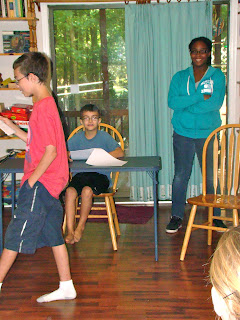 The jury heard testimonies from both sides. 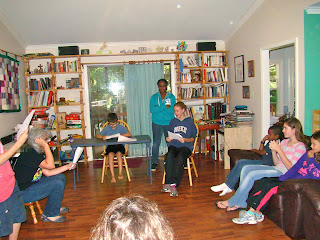 Also from a witness. 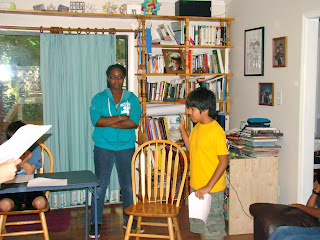 The lawyers examined and questioned. 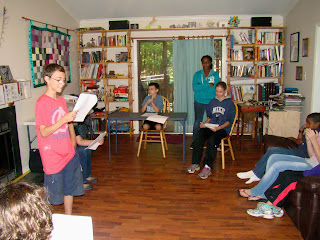 The script was fully written until you got to the end.  After hearing all of the testimony, it was time for the jury to make a decision. 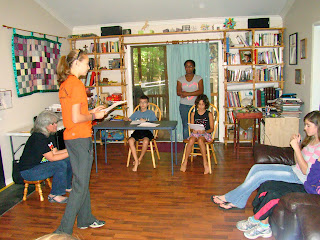 The jury was able to weigh the evidence on their own and come up with a verdict.  Want to know who they found guilty?  The pig!  Based on the evidence they stated their reasons and thus the trial ended. 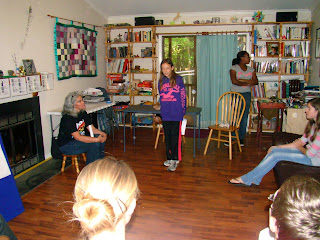 We finished up with a Coney Island treat - hot dogs with chili and fixings, popcorn and ice cream cones.  Yum! 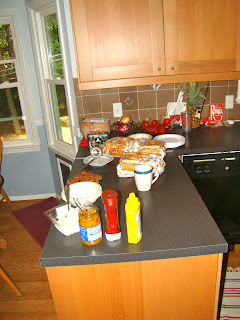 Another delightful day with friends!  I love these days and am thankful for this group!

Hope you are having fun as you explore your world and learn new things!