I've been meaning to post this for quite some time.  At least parts of it.  But, the time just slips away and now its already March.

Rebecca decided to apply to just two places, Liberty University and NC State University.  She decided that if she pursued theatre, that Liberty would be the place she wanted to go.  She wants to explore and learn about theatre in a Christian environment so that her values are encouraged and strengthened in this vocation.  If she decided to pursue a different major, then NCSU was her top choice.  Most likely in the First Year College, like her older brother, so that she could learn more about the various options available to her.

She heard back quickly from Liberty as it has rolling admissions.  She was accepted! 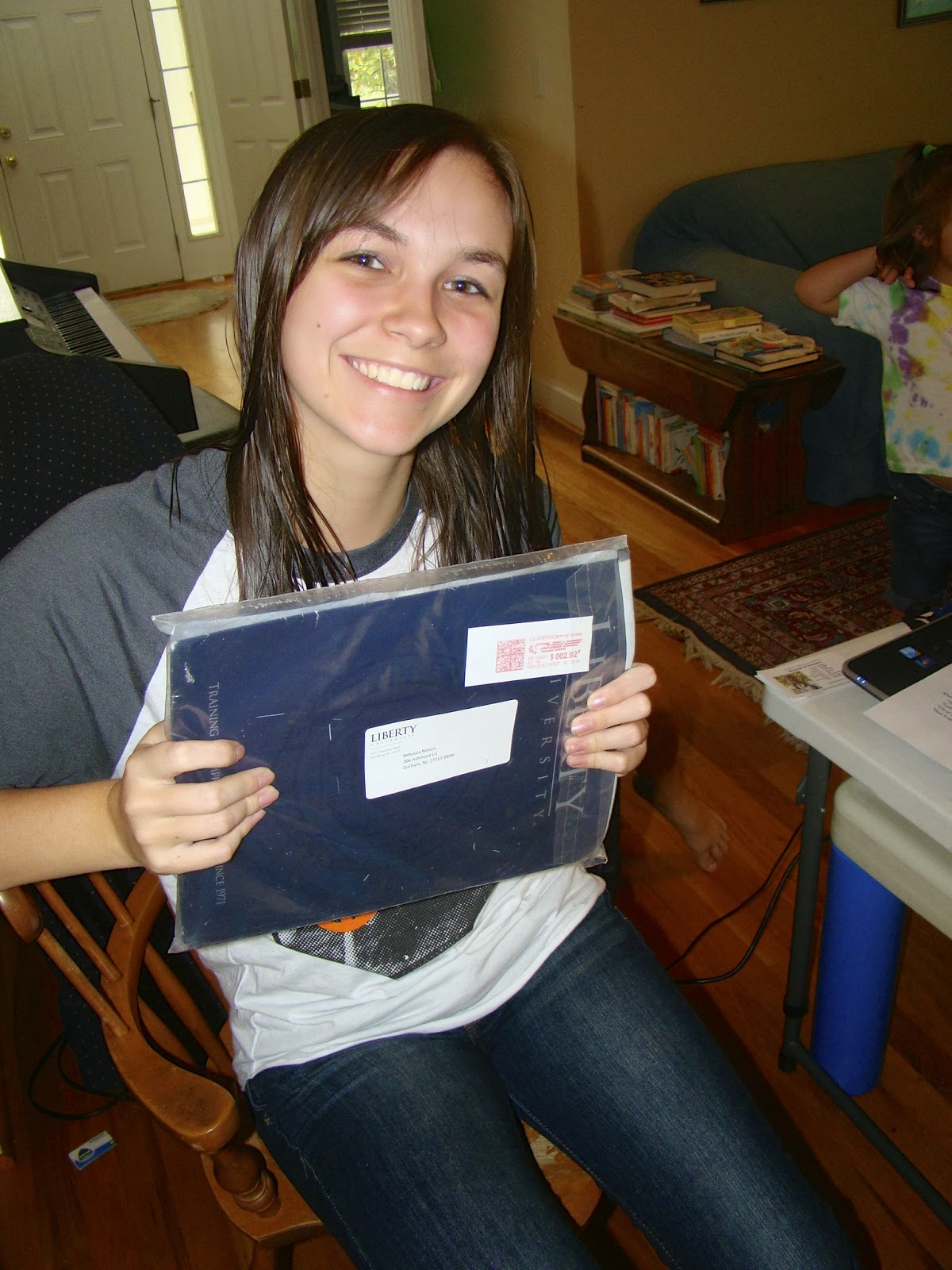 She waited longer to hear from NCSU because while she thought her application was complete for early admission, it was missing some information so that she didn't hear from them until January.  Another acceptance!  I love it when the envelope is fun! 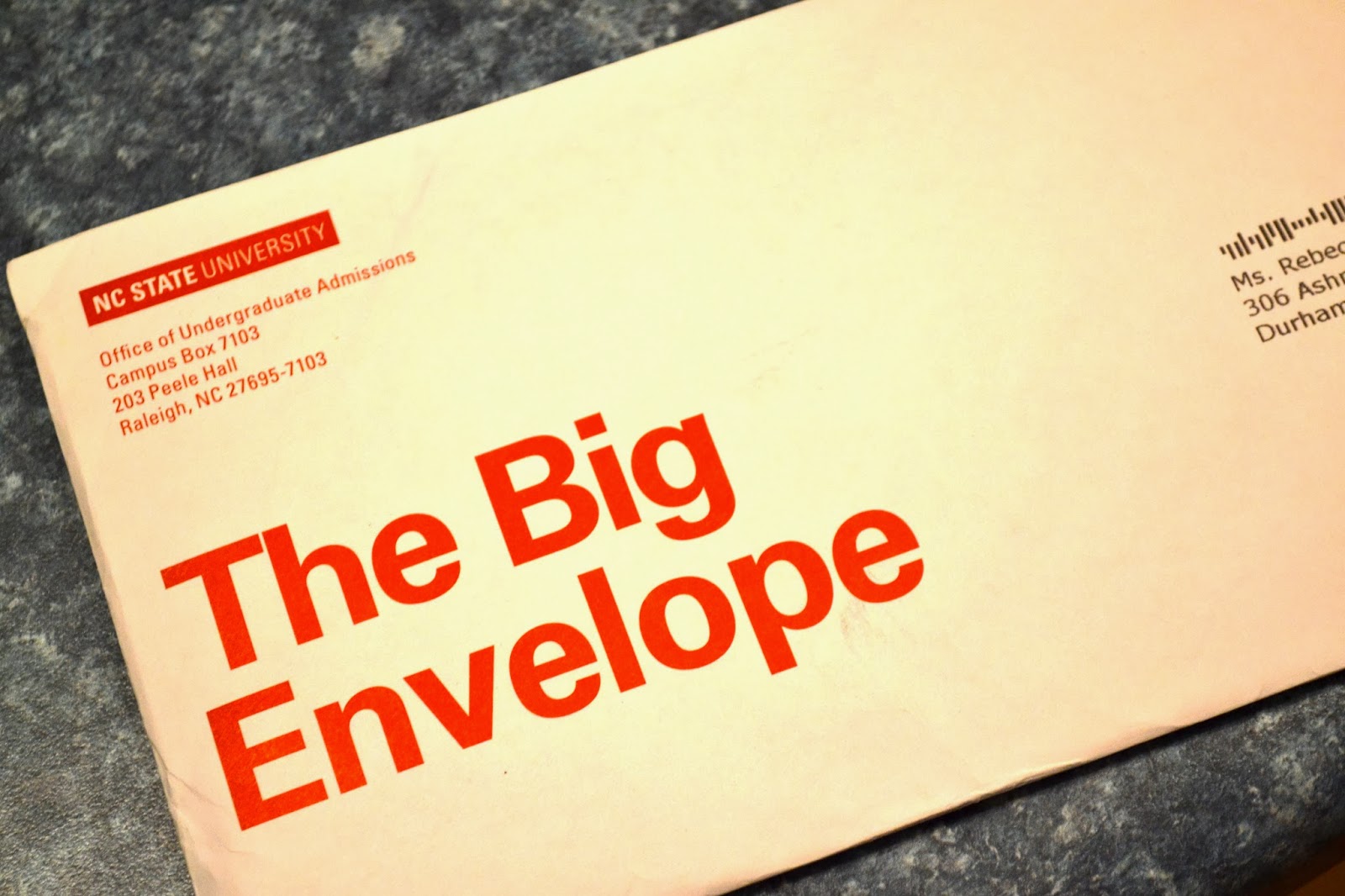 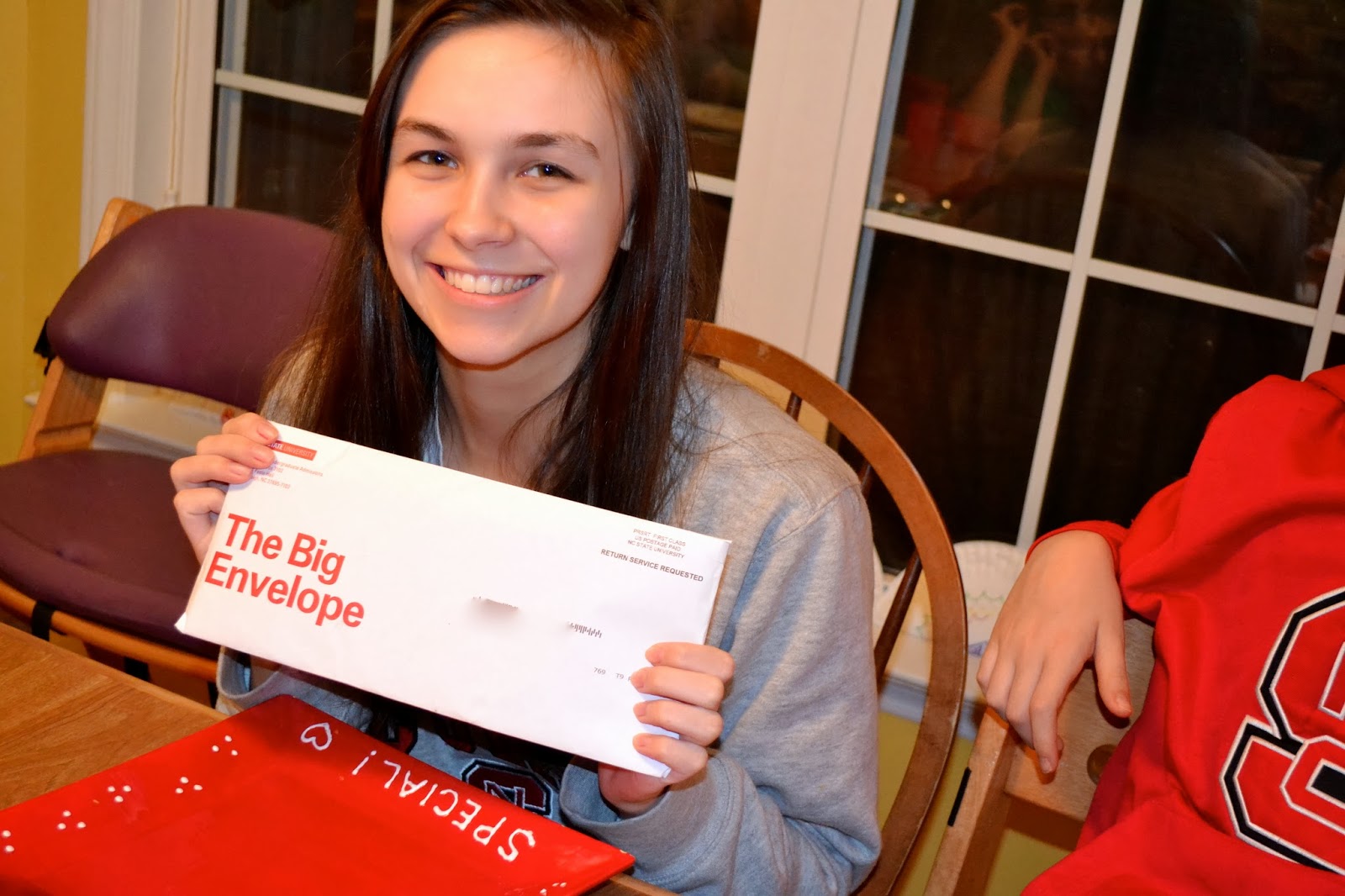 There are pros and cons to each school.  Things to weigh, consider and pray about.

One of the biggest cons to Liberty was distance from home.  Its not "that far", but when you don't have a car, it can sure seem like it!  Its also not close enough to just pop over for dinner or to bring your friends over for a few hours - both things that we have LOVED about having Christopher at NCSU.

The other challenge to Liberty was cost.  As a private school, the yearly cost was just high.

The biggest benefit to Liberty is the opportunity to study theatre in a great program at a Christian school.  This is something that is exciting to Rebecca!

Then looking at NCSU, the positives included a strong academic program, having a brother and friends already there, being able to stay connected to her own church, a fabulous campus ministry and being close to family.

The negative was really that there isn't a theatre program.

In January, Rebecca received exciting news.  She received a full tuition scholarship to Liberty!  We were elated to see her academic work rewarded in this way!  We are so proud of you Rebecca!  This certainly made the decision a bit easier for her too.

Next year, Rebecca will be attending ... 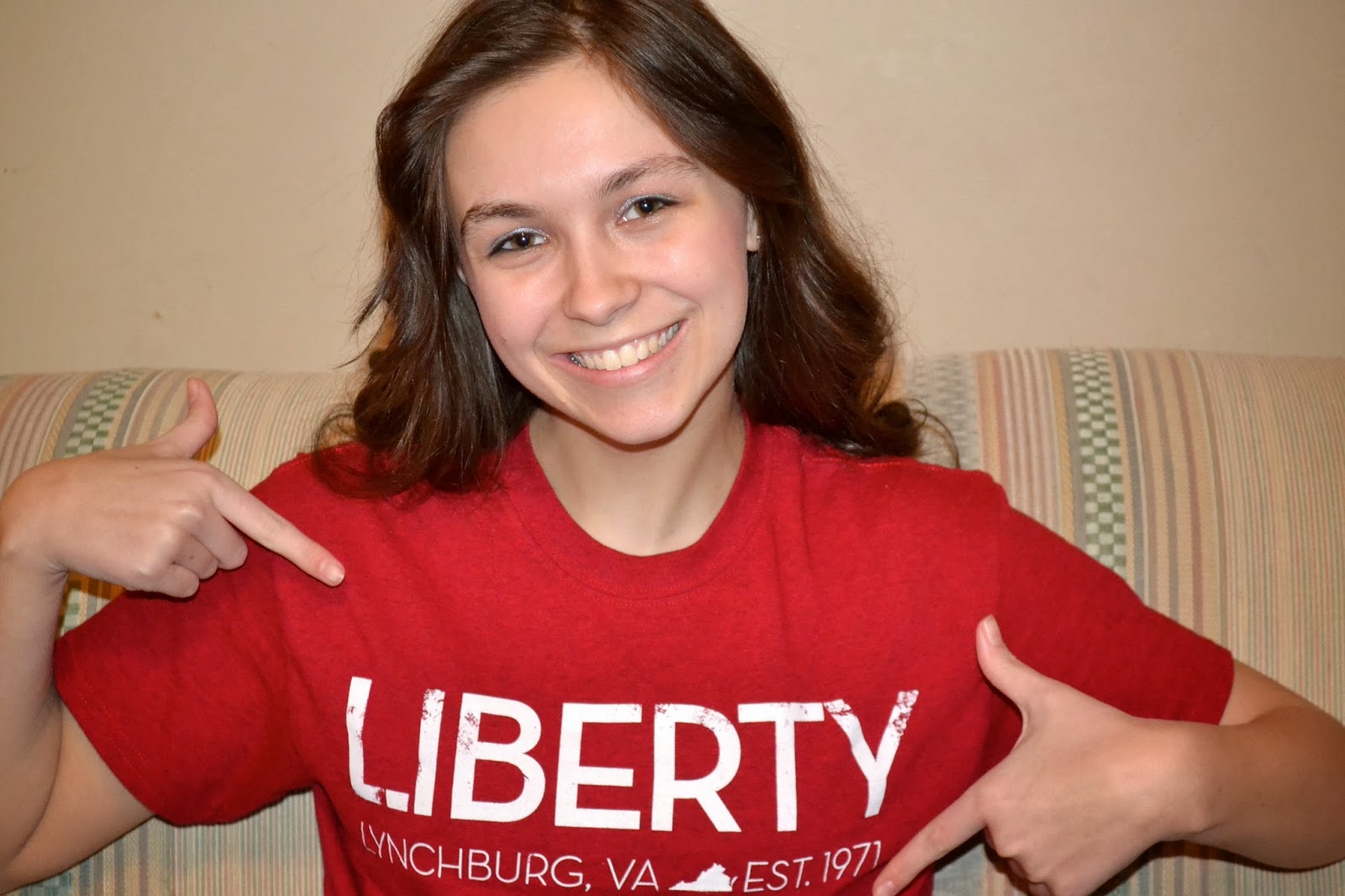 If any of you have friends attending, Rebecca is looking to meet some people that will be there and is also looking for a roommate.

We are excited for Rebecca and for all that lies ahead of her.  My heart is at peace, though I will sorely miss having her here!  I don't think about that all too often as it is just going to be hard having her gone.  This growing up stuff is really hard sometimes, isn't it?