For our third meeting of The Saturdays, we focused on chapters 5 and 6.  The subject of Shakespeare was the topic of the day.  We started the day with a devotion. 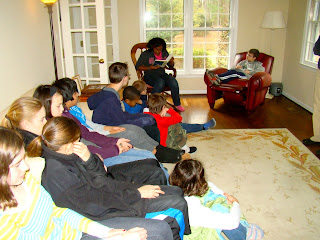 The students were each given some information on Shakespeare or the time period to share with the group. 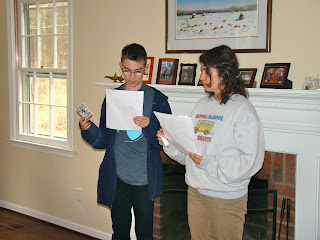 Trying to match up the information that they were given with a picture that corresponds with the facts. 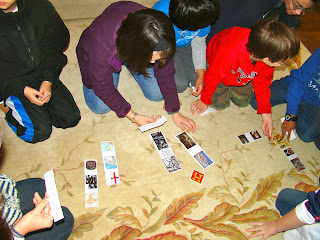 Here is an example of the fact sheet and the picture that went with it on actors.  Only men were allowed to be actors so they played both the male and female parts.  This profession was not one held in high esteem during this time period. 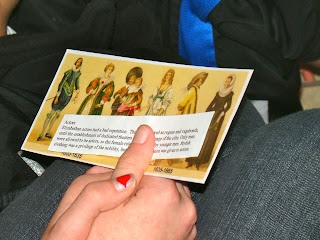 Pictures of the Globe Theater.  This was a fun way to share information. 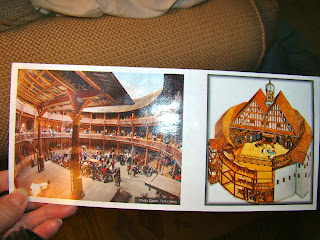 Next it was time to learn more about one specific play.  Macbeth. 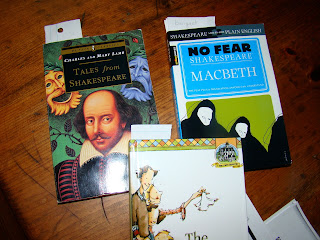 We watched some short clips of the story Macbeth from a production called "this is macbeth".  They use minimal props and costuming.  We watched some of the scenes in part on youtube.  You can go here for more information.

Next the children split into 3 groups to perform 3 different scenes.  Each child was given a role to play. 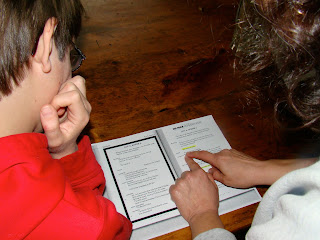 They spent some time reading and learning their roles, practicing and then sharing it with the rest of the group. 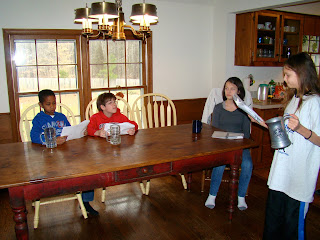 Group 1 did the banquet scene. 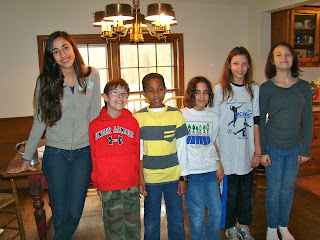 The second group did a scene with Lady Macbeth and her doctor and a servant. 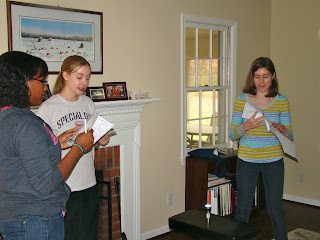 They all really seemed to enjoy doing this!  It was a lot more fun than I anticipated it being as well. 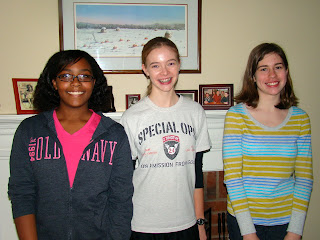 And the third group had one of the final scenes. 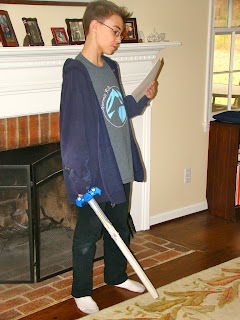 Complete with a sword fight. 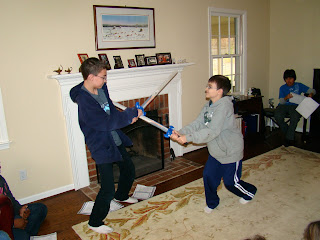 Anyone know what the ball is?  Probably only if you are familiar with the play. 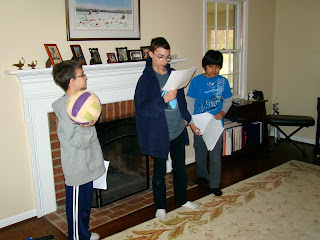 It was fun seeing them get into their roles and have fun with it! 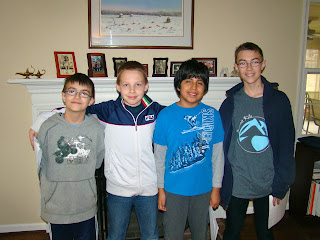 As always our "snack" ends up being a meal and is a fun way to finish the day. 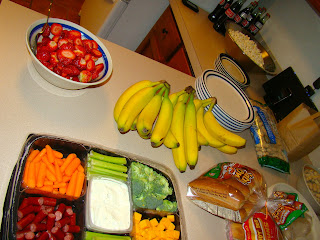 Bottled drinks are a treat. 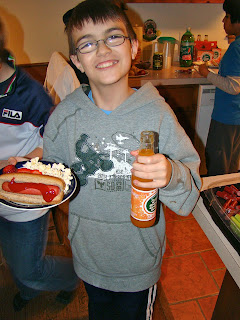 Our own banquet scene.  What a fun group! 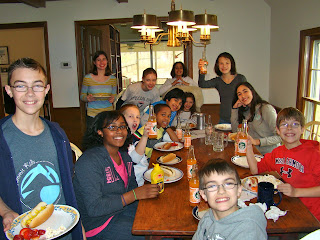 Thankful for this hands-on way of learning with a fabulous group of friends!