I'm still learning how to use my new computer.  I have posts from the last few days which are waiting on uploaded pictures.  We celebrated a wonderful Thanksgiving with my family - in a new location.  New traditions and memories and yet still wonderful times being with those we love.  We also celebrated a special birthday!!!  More details to come on a Sweet 16!
For now, I'll play a little catch up.  For any that have been here awhile, you know that one of our sons has Type 1 diabetes.  He was diagnosed when he was 9 years old.  I feel fortunate that we caught it when we did and that we live in a time and an area in which we have access to great information and medical care.
I'll be honest though - its still hard.  Type 1, formerly called Juvenile Diabetes, is an auto-immune disease which strikes primarily children.  They did nothing to cause this disease and they could have done nothing to prevent this disease from striking.  It is not reversible.  It is not possible to live without insulin.  It is not curable. . . YET.
It is a disease that never takes a break.  All those times that you just pick up food or want a snack and don't think twice about it.  Its just not an option when you are diabetic.  Finger sticks multiple times a day are a reality.  Callouses and marks cover his fingers and abdomen from so many stick for blood draws and his pump site.
Adding in prepuberty also puts a whole new spin on things.  I've read that it is hard.  I am watching it and all that I've read is true.  His numbers can still be so erratic and from so many different variables.  We are all doing our best to "manage" his diabetes but there are times when it just doesn't seem like enough.  We have recently made more changes to his insulin rates and are seeing better numbers.
Its the lows that really scare me.  Sometimes he recognizes them, but other times it is just a surprise.  Like this one. 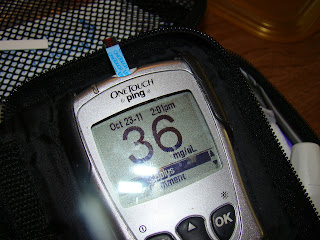 That wasn't the worst one though.  And it scares me.  I'm thankful that he has always pulled out of his lows pretty easily and quickly.  Thank you God.

For all that we have experienced and for the many, many others who are living this reality too - we spend one morning a year hoping to raise awareness and money in the Walk for the Cure!

This year, the weather was awful and our team was small.  The walk had about 3000+ in attendance.  (Maybe half of last years.)  I'm glad we were able to go and thankfully the rain mostly held off! 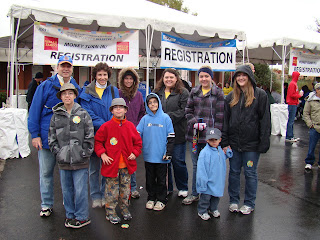 There were various booths that we visited before the walk.  Hair painting. 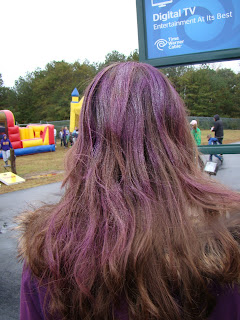 Moes was giving out free samples and t-shirts too. 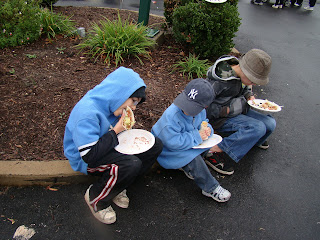 And then the walk began.  I think it was a little longer this year than last. 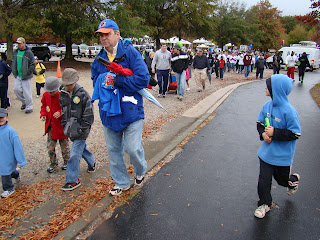 We are thankful for friends who support us on this journey.  So many who have taken time to learn about this disease, cook foods that are helpful, encourage us and even walk with us.  Support comes in many forms and I'm thankful for all of them! 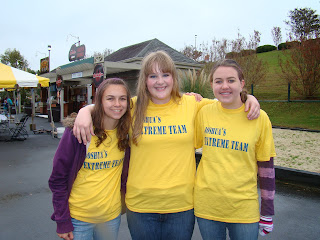 We enjoyed lunch after the walk. 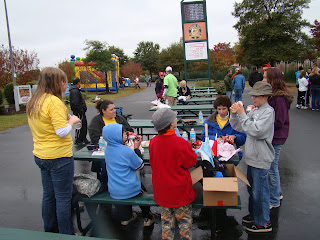 We had fun despite the weather. 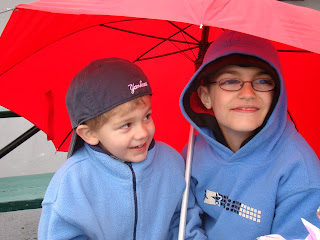 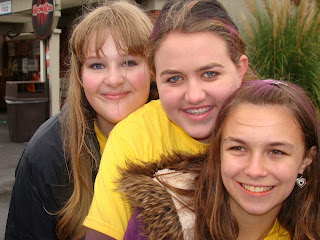 We picked up some extra food at the end of the event.  I wanted to take a gluten free sandwich home for Eliana (I loved that they had this option!).  Did you know that 10 percent of Type 1s also develop Celiac disease.  As it was nearing the end of the day, they suggested that I take an entire bag of sandwiches!  Soon after, Roger also found that they were giving away the regular sandwiches too and got a box of them. 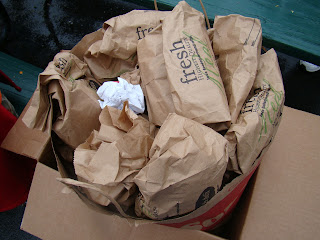 It made for an easy supper for us - and for a great treat for my oldest son and his suitemates/friends.  :-)
At the end of the day, I'm glad we were able to do something positive.  I'm thankful for JDRF and its tireless efforts in working to find a cure for diabetes.  I hope and pray that one day there will be a cure.  I'm also thankful for the assurance of a life in heaven where there is no sickness and disease.
Thank you for the encouragement that so many of you have offered me over the last few years as we have walked this path.  It isn't one that I would have chosen, but I trust that God will use it for good.

Blessings
Leslie
Posted by Leslie at 1:53 AM 4 comments: Links to this post