Another fun outing with our FIAR group.  I love field trip days and am always so thankful when the weather cooperates for our trips that are outdoors.  We had a gorgeous day for this outing to Camp Chestnut Ridge.
We split into 3 groups.  The younger kids were doing some classes (more on that one as its the group that I was in.)  The middle group did a low ropes exercise.  I have no pictures from this group as they were not anywhere near us during the day.  This group struggled some with the outing.  I think in the future we'll look to do something different for the middle group of kids.  The oldest group (teens) did something a little different this year - interactive games, archery and canoeing.  This was a big hit!  I liked that we actually got to see some of their activities as I'm rarely with this group.
This is the older group doing an activity out on the field.  I tried to snap a few pictures of them, but didn't get many as I was with Eliana and Daniel in another group in the shelter.  Any of you that have been around Eliana know that she doesn't just sit still if I'm gone.  ;-) 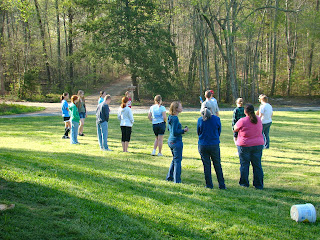 The younger students first class was one on animals.  They got to see and learn about different animals.  The first was a turtle.  (Can't remember exactly, but I'm thinking it was a box turtle?) 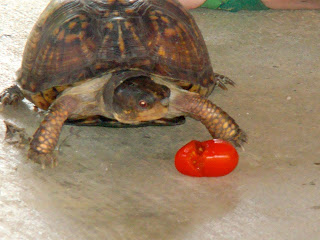 I liked seeing him eat this tomato.  (Liked seeing this much better than him eating a worm which he did later.) 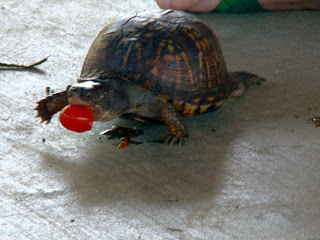 The older students were split into 2 groups.  They were working together to build something from various pipes in this activity.  This was the only shot I was able to get, though it was fun to see them! 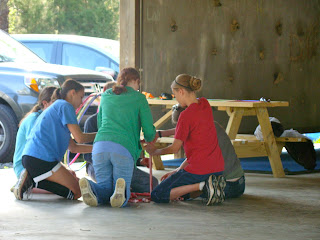 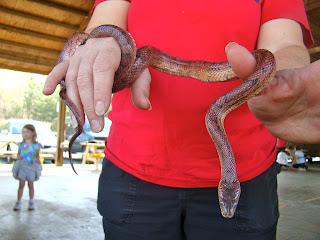 A hedgehog.  Isn't he the cutest? 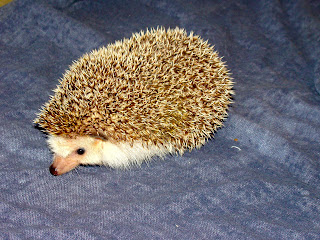 THe kids were quite enthralled with him too. 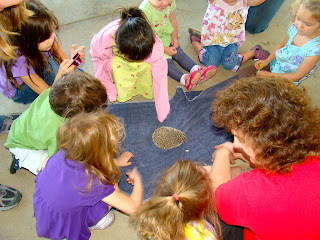 Kind of looks like a little toy animal here, doesn't it? 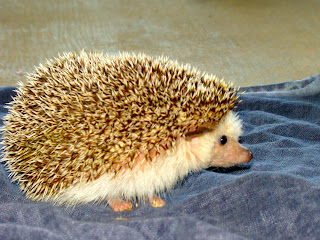 Another activity for the older students was to try to move a ball from one place to another using lengths of half pipes. 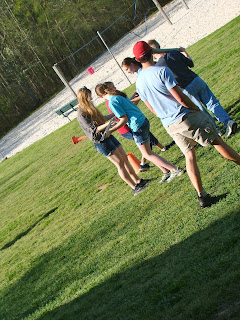 And when the ball fell out of the pipe, you had to go back to the stating line and begin again. 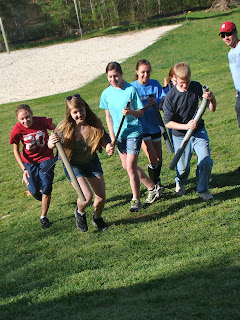 They learned from their mistakes and made progress towards the goal. 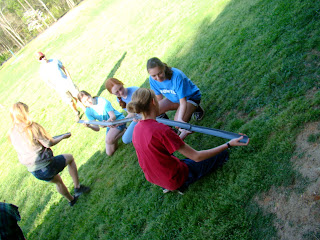 Though this team seemed to have one tricky spot where they dropped the ball  several times.  Hmmm ... wonder if this type of activity is where that phrase came from?  Probably not.  I would guess maybe a juggling reference?  ("drop the ball") 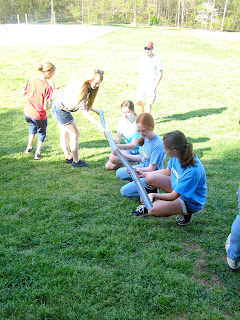 Anyway, back to more interesting animals.  This chicken had a wide ruffle of feathers around its face.  Our instructor said it made it hard for them to see predators so they don't do well in the wild. 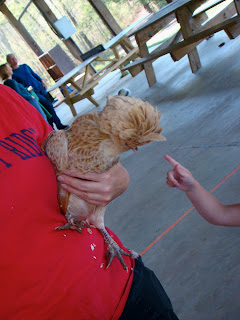 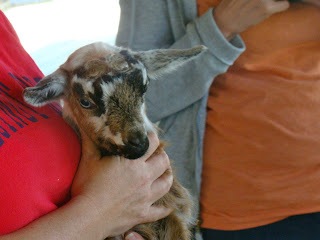 Next we were off on a hayride.  Our ride was nice and a little less adventuresome than last year.  ;-) 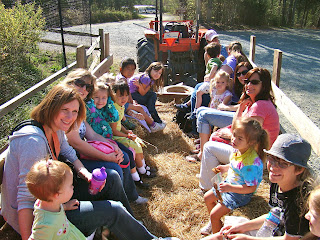 We stopped by a field to see some horses and to learn more about them. 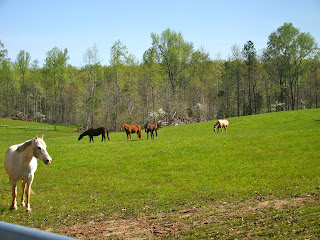 While we were on our ride, we again ran into the older students - doing archery!  What fun! 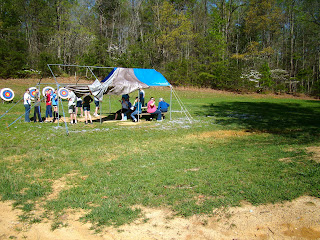 Rebecca (in the blue shirt on the right) is taking aim! 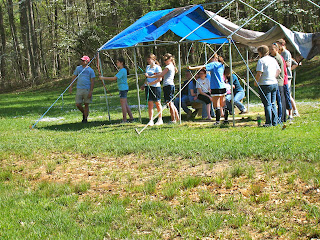 We visited the farm and saw some more animals. 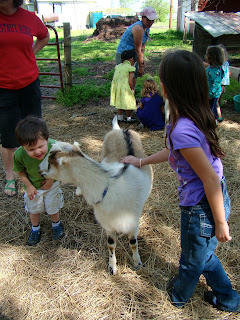 Eliana was not as interested in them as I had hoped she might be.  Not sure here if she is trying to get in or out!  LOL 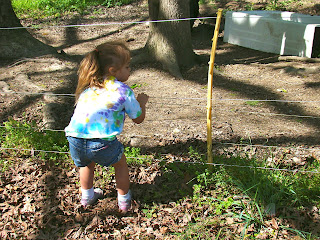 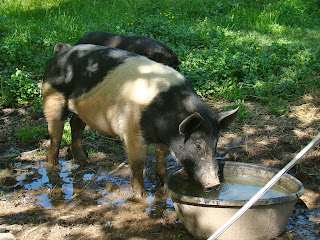 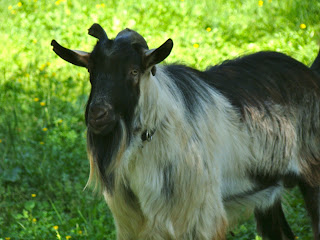 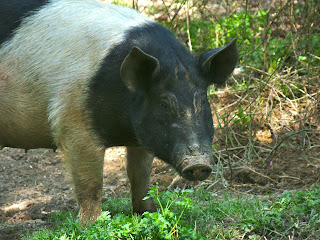 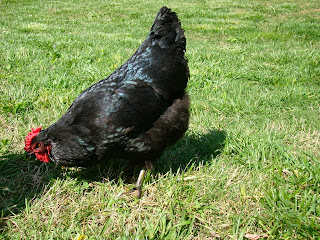 As we were heading back to the shelter, we once again saw the older students, this time canoeing!  Wish it was a clearer picture, but you can see how beautiful our day was. 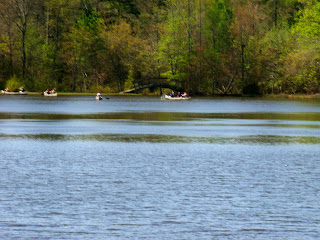 Hope your week is going well!

Blessings
Leslie
Posted by Leslie at 1:40 AM 2 comments: Links to this post