When my oldest was 10, I wanted a group that would engage him with other boys his age - and that was fun.  He had a love of history and this seemed a great fit.  We started a North Carolina history group.  For four years, we explored the state in classes and field trips and had a great time doing it!
The last 5 years have been filled with a lot of challenges and the timing for doing this again just wasn't right - until now.  I'm thrilled that we are once again going to be learning North  Carolina history and traveling our state.  Two things that are so much fun - field trip and living history!  I'm excited to share it here too.  I have often wished that I blogged then, but I'll have to try to do a better job of keeping up with things here.  This post is going to cover both our class and field trip for the month of January.  I'll probably split them up in future posts.
Our co-op will be meeting twice a month.  In the first meeting we will have a class and the second meeting will be a field trip related to the class room topic.  We have four families in our co-op and a pair of moms will be teaching each class.
Did I mention that I'm excited about this?! 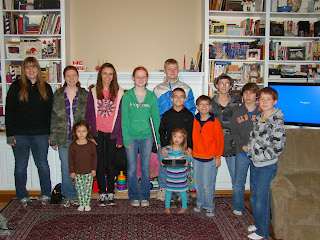 For our first meeting, we started with an overview of North Carolina history.  We looked over the timeline of events that have occurred and found interesting facts and stories to share with the kids.  I have a lot of books from when we studied our state before which has been helpful in starting to pull things together.  We spent about 50 minutes to an hour covering our state history from Native Americans to explorers, settlers to pirates, wars, development and more! 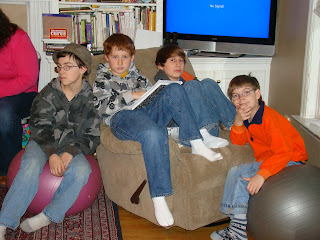 One of the things that I love about teaching classes is that I always learn new things too!  History is fun because it is stories.  Lots of interesting stories.  One that I found particularly intriguing while doing research for this class is one that happened in our state's more recent past.  I'll share it with you.
1961 – Battleship USS North Carolina is berthed at Wilmington & opens as a museum.
B-52 bomber crashes near Goldsboro while carrying two nuclear warheads.  DOD reports released in 1980 indicate that one of the weapons snagged in a tree and was only a final safety catch away from detonation.  The bomb was 1800 times as powerful as the one dropped on Hiroshima. 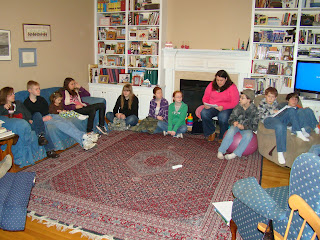 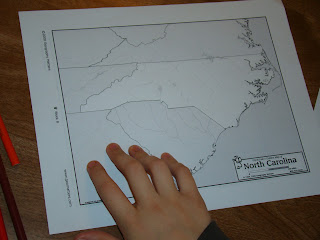 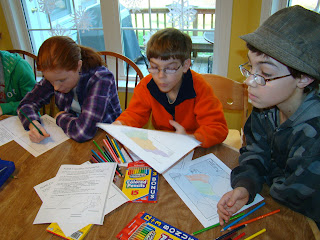 While the older students were learning, the little girls amused themselves!  Couple of cuties! 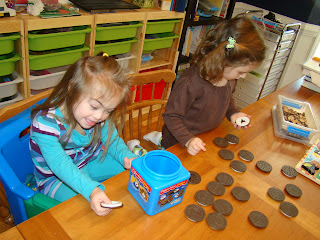 We also talked about state symbols.  Before the class met, we asked each student to pick a symbol that he/she would like to share with the group.  They each took turns talking about the various things that have been chosen to represent our state.  I apparently didn't take any pictures of them sharing though.  Oops!

For our field trip we visited the NC Museum of History in Raleigh. 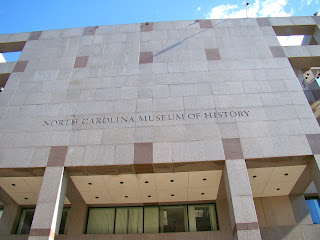 They have a new exhibit on the history of our state that is FABULOUS!!!  I highly recommend a trip to see this!  Its interactive and hands-on. 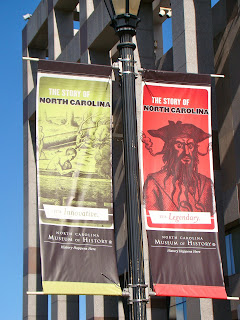 You start at the beginning of the state's history and walk through the various time periods and events that have shaped our state. 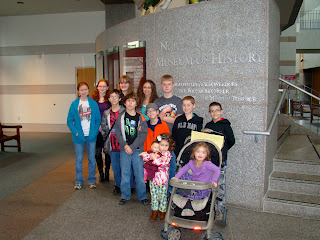 They have wonderful scavenger hunt type books with questions and things to look for that are a great way to engage your students (or yourself) in the exhibit.  This was one of the first areas - a Native American hut.  We sat in it and watched a movie. 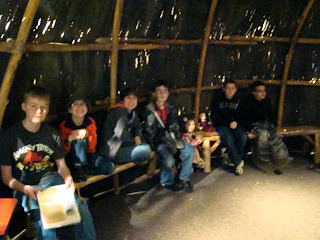 Looking in a treasure chest in the pirate exhibit. 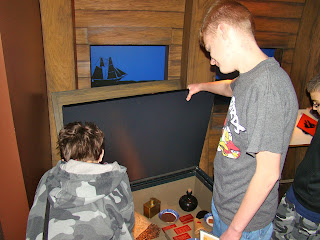 My little cutie exploring and learning. 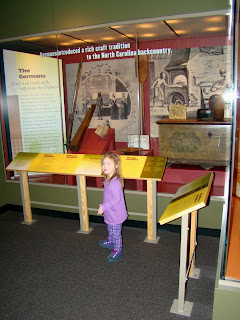 A map showing the key events in the Revolutionary War. 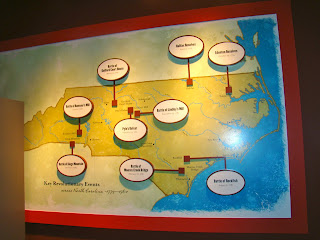 An area displaying life on a farm that the children really enjoyed.  They were able to milk a cow. 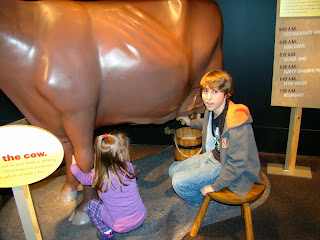 And see how many eggs the chicken had laid. 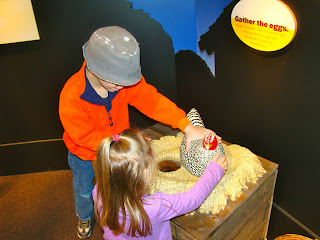 How heavy is a bucket of water?  You would know if you had to carry one (or more) each day.  It was pretty heavy! 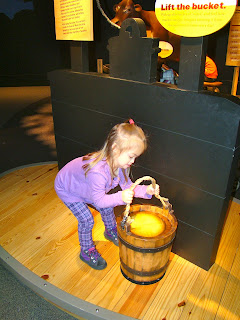 There were docents at various places in the exhibit to demonstrate or talk with the visitors about even more items.  This was in the farm area and were examples of other things grown in our state - and presented in fun ways too.  A magnification of a seed or things that could be touched as you talked about them. 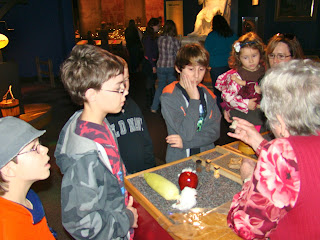 This map really captivated several of them.  It was a map describing things in around the state.  When you pushed a button near the description, the display began to move.  A train moving on tracks, people dancing and more.  It really was interesting. 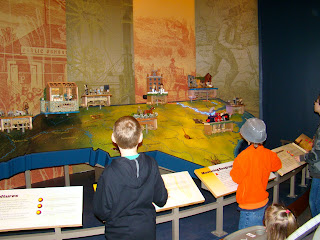 There were so many things that I couldn't get pictures of all of them.  A "mill" that when you walked in you could hear the noises and feel the vibrations of the floor.  Artifacts from various wars beginning with the Revolutionary and ending with more current wars. 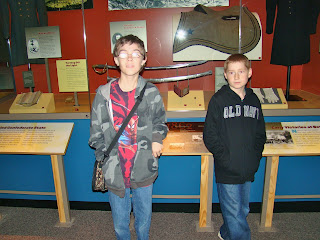 I liked this one with the sign from our hometown! 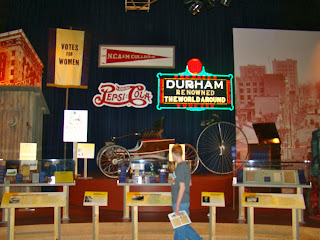 A fun spot for a photo of some of our group. 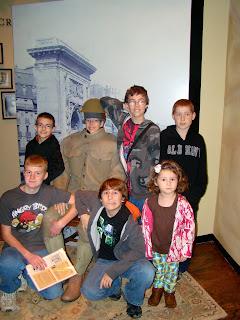 Eliana was quite intrigued with these guys and walked around looking at them for awhile.  I think she was waiting for them to move - or do something! 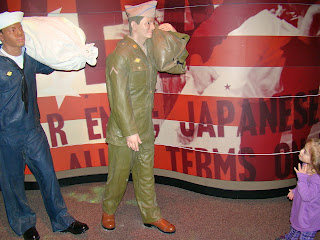 We went through the entire exhibit, but we could go back and still learn so much more!  It was wonderful!  If you are at all interested in NC history, this is a great resource!

I love where I live and this is such a fun way for my children to learn more about where they were born and raised.  Its fun exploring it with friends!

Posted by Leslie at 1:08 AM 5 comments: Links to this post