I'm behind on this by about two weeks so may be posting two close together.  :-)  We typically meet every other week.  This meeting we covered chapters 9-12 in the book.  We choose to focus on a couple of these lessons.

First, we talked about communication and the various forms used throughout time to communicate with one another. 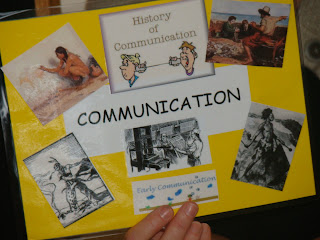 One of the aspects of the story that we found really interesting was the fascination that Tom had with the telegraph.  Below is a picture of a homemade telegraph!  (Love the inspiration of some people as I know I wouldn't ever have done this!) 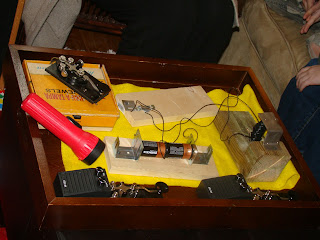 The children learned about morse code and each had a sheet identifying the code for each letter. 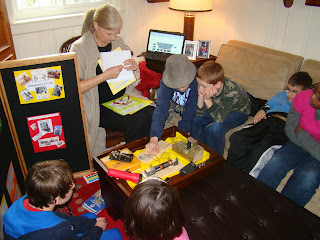 We were also incredibly blessed to find that one of the families in the group actually had several of these that we could (gently) use!Of course, they each eagerly awaited their turn to try out the telegraph! 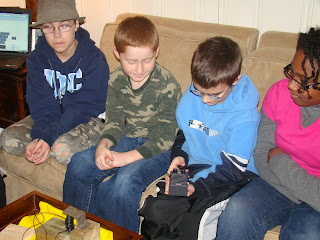 As a group they worked on decoding a number of words in order to get the hang of it. 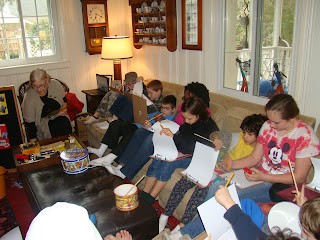 I just thought this was a fun picture taken in a mirror. 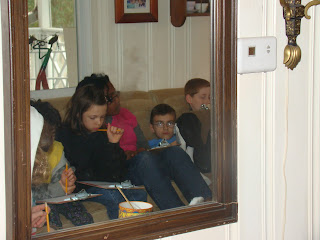 We listened to morse code on a couple of web sites to hear what it would sound like, then the children were split into small groups.  They had a clipboard with several sheets of paper.  One with the code.  A blank piece for writing on.  A third sheet contained words that they were to type out for the others in their group.  (Each child had different words!) 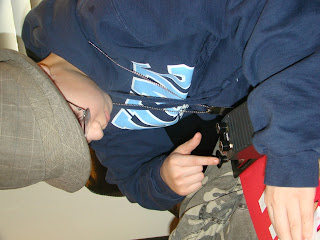 They did a great job with this and really had fun with it too! 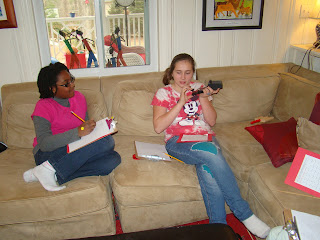 For snack time we focused on the garden veggies that Tom and his friend grew and sold to make money to fund his laboratory.  (I'm not wanting this to give my guys any ideas!  LOL  Yes, they have asked about having their own lab.  I'm not as trusting or nice as Mrs. Edison was though.) 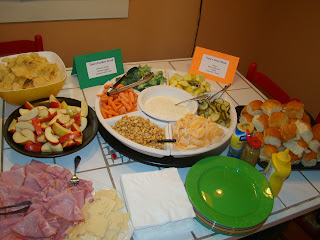 The second half of the morning we focused on advertising.  We first talked about advertising and what it was.  What forms it takes and how it affects people.  The children were again split into groups of 3 or 4.  They each chose a kitchen utensil/tool out of my bag.  They were then to make a commercial for this item. 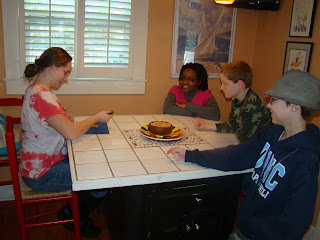 They spent time working on the script and practicing their commercial.  Then it was time to perform.  It was so much fun to see what they did with their time.  The first group had a "pickle grabber". 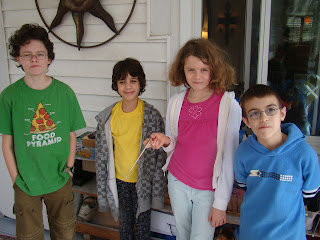 The second group chose a steamer. 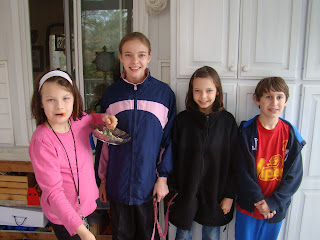 The third group a cutting board. 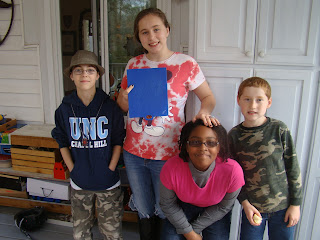 They were all creative, funny and convincing - in their own way.  It was another fun morning! 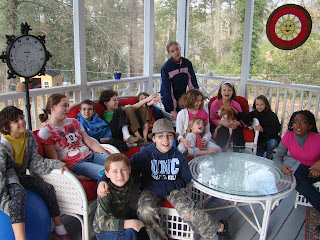 Here are a few websites that my sweet co-teacher used for those who may also be tackling some of these lessons.

Hope you are finding joy in your days and peace in your heart!  God loves you!

Blessings
Leslie
Posted by Leslie at 11:40 PM 4 comments: Links to this post