We had the wonderful opportunity to serve Operation Christmas Child this year.  We tried last year, but due to having one of the later slots in the season we weren't able to go as they had finished all of the work!  This year, we chose an earlier time slot!

We met a group of our FIAR homeschool friends. 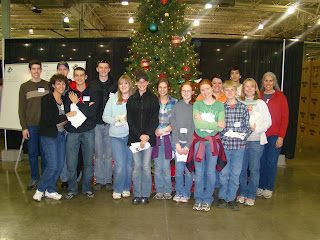 We arrived at the warehouse and went through training to learn of the various jobs. 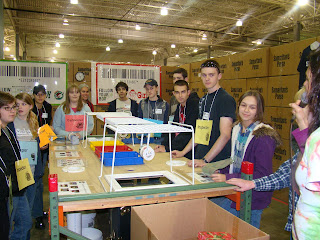 I was incredibly moved to see that one of the locations for which the boxes were being packed was the Ukraine.  I have been praying for children there for years now and love knowing that some of them will be blessed by these boxes. 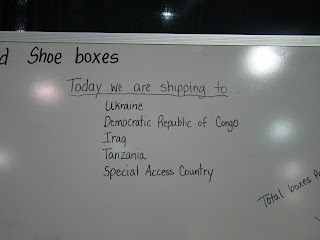 After our training, we were than taking to a line to wait for our instructions.  We were split up into several groups.  I went with Rebecca and Daniel into the shoebox hospital. 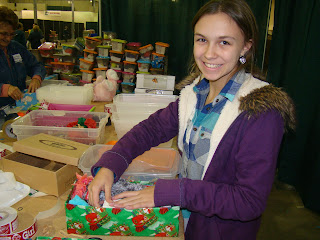 For the boxes that have been damaged, they are repacked into new boxes.  We found that there was one particular box that didn't hold up well and we repacked many of these.  The three of us worked hard with a goal of emptying a large "box" of them.  As more and more kept being added to the pile - growing from one to two - we changed our goal. 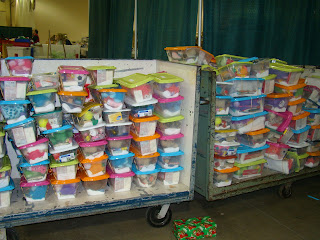 We then just worked to fill up new "boxes" with repaired shoeboxes. 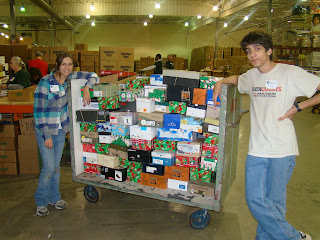 While we were at the hospital, the rest of the group had various other jobs from breaking down boxes, 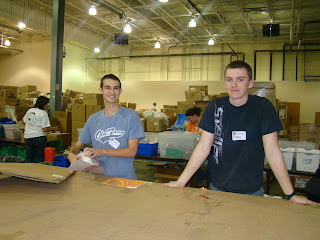 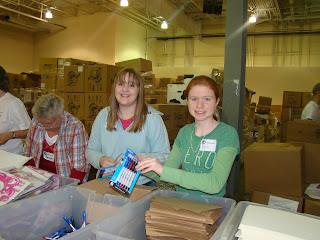 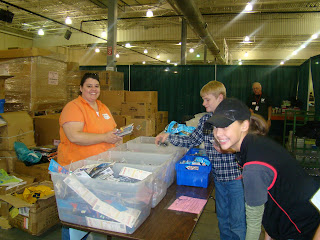 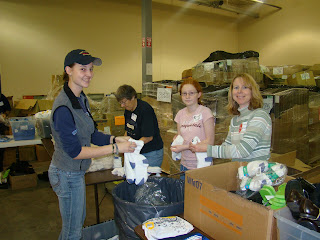 As a special treat while I was there, I ran into a long time FIAR friend - Bonita!  What fun to have a few minutes to talk and see each other.  I'm thankful for the encouragement she is to me.  What a sweet blessing to see her!  Hugs to you friend! 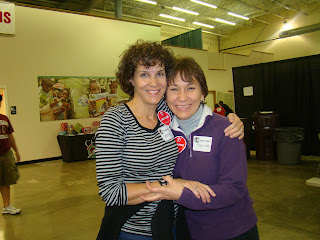 After finishing their jobs, our friends moved to "the line".  Here each box is inspected, filler added if needed, labelled, taped and packed.  On the day we were there, some of the boxes were being sent to a "special access" country.  We don't know which country, but items that might have been offensive to one there were removed. 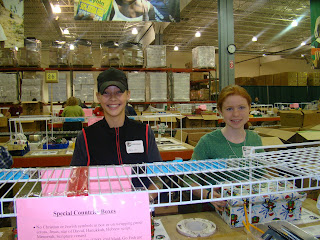 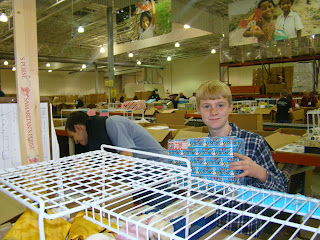 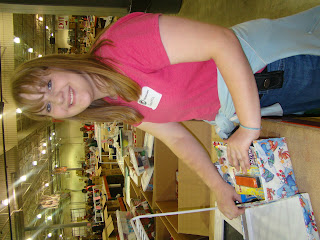 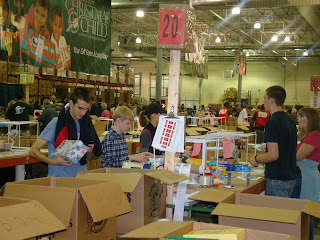 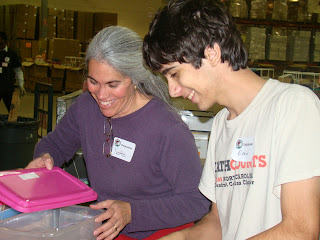 We ended up staying an extra hour to work.  When we finished, we took a look at the overall operation. 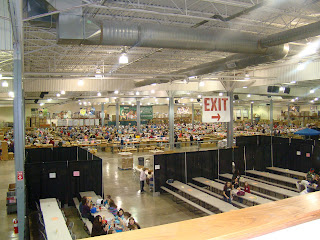 We then headed out to dinner and then home.  It was a wonderful day.  One I look forward to repeating again next year!  I highly recommend this opportunity for service if you are at all interested.

Some of what I loved about the day was the Christian music playing in the background and the prayers said for the workers and for those who would be receiving the boxes.  The really neat part though was hearing the stories of the impact these boxes have on the lives of others.  We heard one story of an ENTIRE family coming to know the love of Jesus due to ONE shoebox!  Isn't that amazing ... and humbling?!  We prayed over the boxes as we worked.  To think that we were serving as missionaries in that spot was a blessing.  I loved the stories too of how the contents of a box specifically blessed a child.  Often there are "unusual" things or even large quantities of a specific thing.  To hear of how God hand-picked these items for the child that would receive them is incredible.

This is a great ministry and I'm thankful we had the opportunity to serve with them.

Blessings
Leslie
Posted by Leslie at 10:22 PM 2 comments: Links to this post