The Krispy Kreme Challenge.  Its a well known race in the area and in the world of runners due to its unique set-up.  Run 2.5 miles.  Eat 1 dozen doughnuts.  Run 2.5 miles.

Sounds crazy doesn't it?  Its all for a great cause though.  All of the money raised goes to North Carolina Children's Hospital.  One that we have personally been to and most grateful for.

Christopher has run in this race for 4 years.  Roger for 3 and this year Joshua also joined in this year.  (Yeah, for those that know him, he didn't quite do it all as described above.  Not a great plan for one with diabetes.) 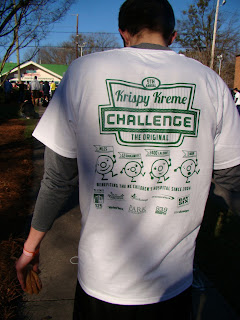 We met them at the half-way point (Krispy Kreme doughnut store) with extra water bottles.  They have tables and tables filled with doughnuts and there are thousands of people standing around trying to eat a box full of doughnuts. 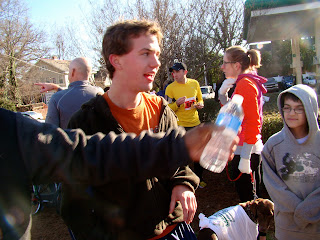 I don't think I mentioned that this race sells out every year. 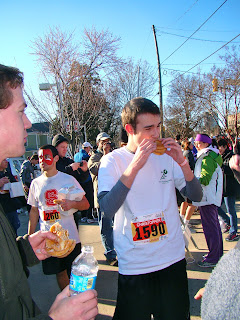 We enjoy coming and seeing many of the runners in silly costumes.  It is quite entertaining. 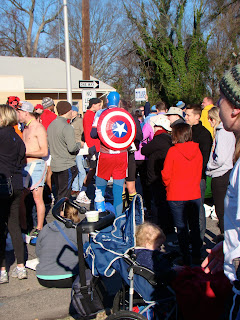 The race is a challenge not due to the length, but due to the difficulty of eating the doughnuts in the midst of the run.  Some do it with relative ease. 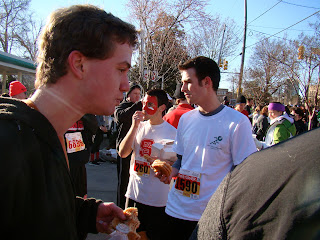 Many struggle but manage to get it done. 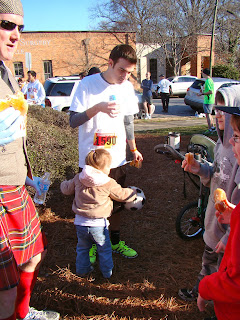 Some don't even try to finish. 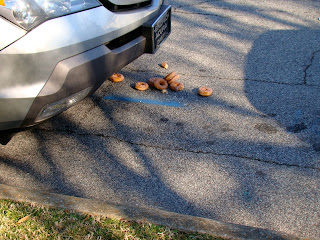 And others wish that they didn't. 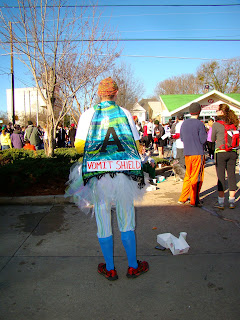 My children like being there to experience it all (well, almost all of it).  It is fun to see their family and friends. 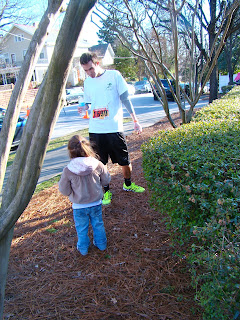 And the younger ones are hoping to get a few doughnuts out of it. 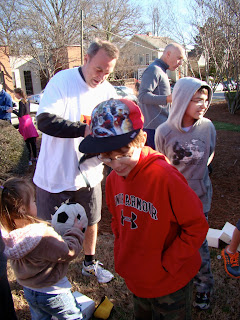 Not a sight that you see too often at this race I would imagine.  Joshua is checking his blood sugar.  Even though he started the morning low and ate a low-carb, high protein breakfast, his numbers have risen.  Its a stubborn and difficult disease.  He eats 2 of the doughnuts before taking off again. 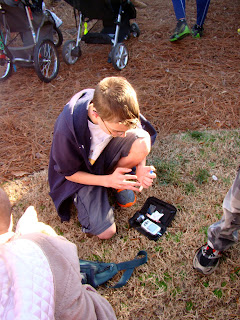 Roger with one of his friends. 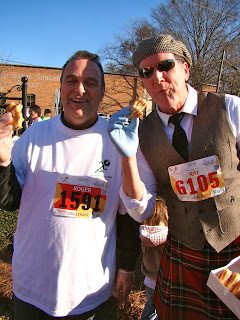 At the end, the volunteers have much work to do in cleaning up.  This is where the racers toss their empty box before they set off to finish the race.  (Some run as "casual runners" who aren't required to finish the box before completing the race.) 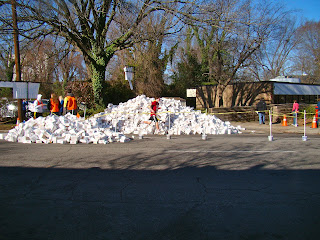 As the runners leave, we head for home.  It was fun to see them and support them.  And to cheer them on in raising money for a great cause! 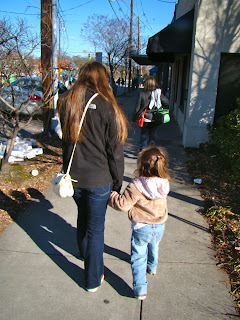 Hope your day is a sweet one.