This event has become a fun last event of the year.  I love hearing that families look forward to this tradition too!  We changed up the format of our event a little bit each year.  As always, it was a lot of fun! 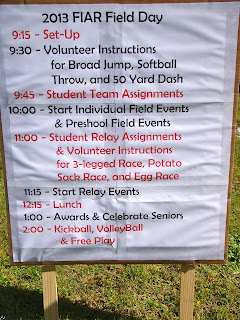 The children were divided into two groups based on ages - an older and younger group.  Then within each age group, we had 3 groups for rotations.  The groups took turns at each of the following three events.  These were all individual competitions.  First was the softball throw.  (I didn't get many photos of this one.) 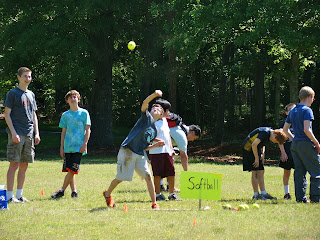 Running simultaneously was also the long jump.  I don't know if you can tell from the photos that the field was wet.  And some of the children slid when they jumped.  Others were more tentative in their jumping because of this I think. 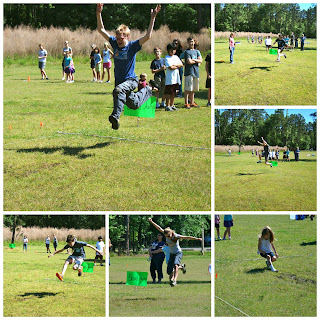 The third event was the 50 yard dash.  It was funny seeing some losing shoes on this event.  The children are each given a card with their time on it from the current year and also past years so that they can see how much they have improved in each event. 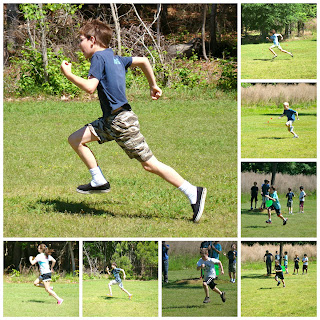 Sisters taking some time to run together.  :-) 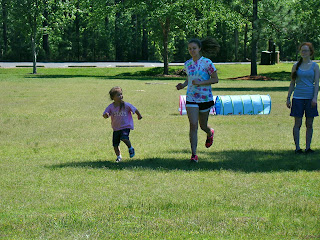 While the bigger kids were competing, the younger children had a fun area to play in as well.  There were bubbles, chalk, a tunnel and more.  Even a couple of events for them too like the egg and spoon. 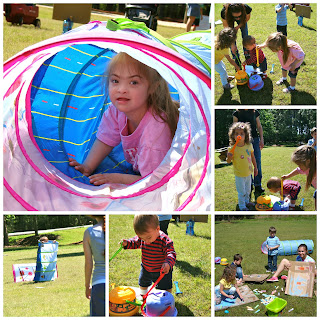 I was trying to spend time taking photos as I could.  And of course, my little assistant also wanted to take some pictures.  She does actually get some good ones.  People will almost always smile for her which helps a lot too!  Didn't she get some great ones? 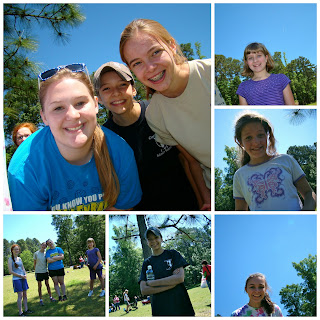 Had to include one that she took of me.  I am rarely on this side of the camera.  :-) 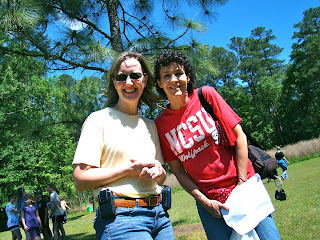 The last events of the day were team events.  We had 4 teams (2 older and 2 younger) which each had a color (note the bandanas).  Each team helped to cheer on the other teams when not competing too.

We had the 3-legged race.  These are the younger kids. 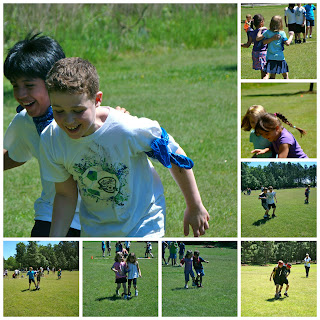 And here are the older ones.  Can someone tell me if you click on the photo can you see the smaller pictures in a bigger format?  I was just trying to put a lot of pictures in one spot, but its not really fun if you can't really see them. 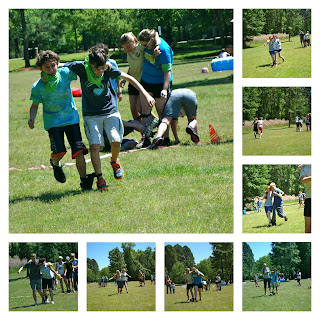 Next was the sack race.  The younger children had actual sacks. 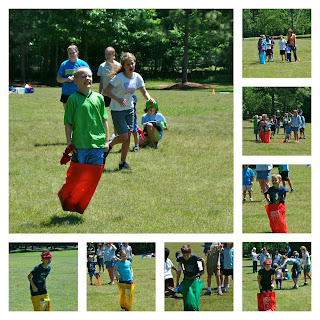 We used garbage bags for the older students.  Didn't work as well as we hoped as they tended to tear.  It was better than them trying to use the smaller bags though! 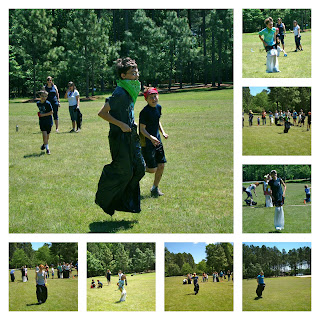 Lastly, was the egg and spoon race. 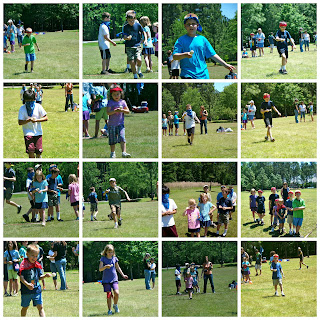 While the older students were racing, we asked the younger ones to cheer for them and vice versa. 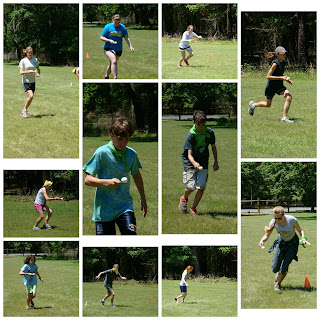 I loved this moment when I saw so many of the older students cheering on the last younger child in a race.  Encouraging them to finish well.  Who doesn't enjoy being cheered on?! 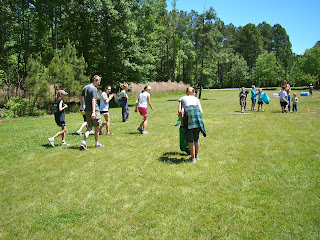 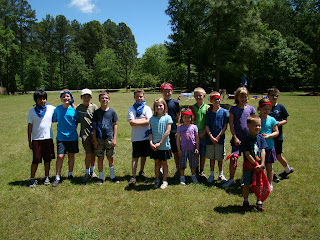 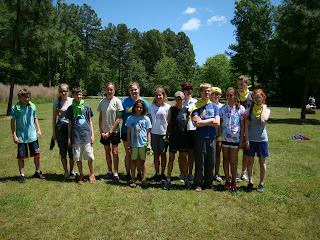 We ended with a picnic and recognition of who won each event.  It was a fun day.  Lovely weather.  Delightful friends. 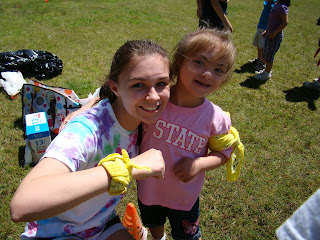 Thankful for this fun time with so many that I enjoy.  Its a delightful end of year tradition and we'll look forward to doing it again next year.