This was a fun field trip we took last month to Historic Alamance for their Colonial Living Days.  They do a wonderful job with this event and I highly recommend attending if you are in the area.
We had reason for this outing to be even more special for us as we had friends join us.  Christopher's roommate, Joe, had his family visiting.  We met in August and really hit it off.  I was so excited that they were able to join us!  It was sweet to share our day together.  I wish I had gotten a good picture of all of us.  I also wish we had been able to hang out even longer as we enjoy them so much.
We learned about how cider is made and some of the children helped with the press. 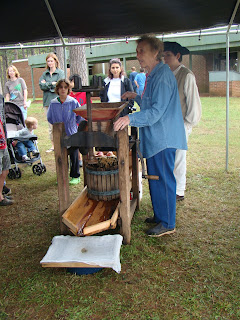 Then we tasted some fresh cider.  Yum! 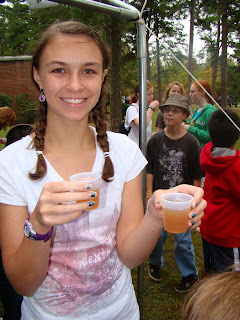 We learned about the weapons that were used.  This was a demonstration of the rifle and how it worked. 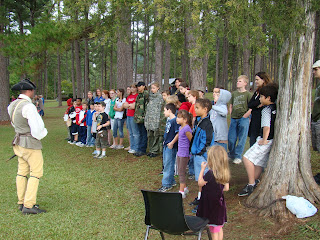 The cannon firing came later in the day. 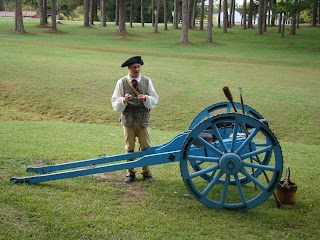 Its always neat to see these fired.  It was a little more sobering to think about how they were used though after watching the film reenactment of the battle that took place here. 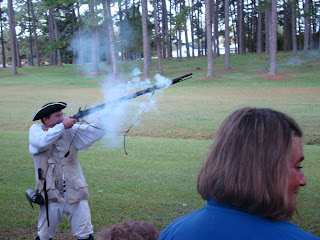 There were a variety of stations around the site with various reenactors describing how things were done during the colonial time period.  Making candles. 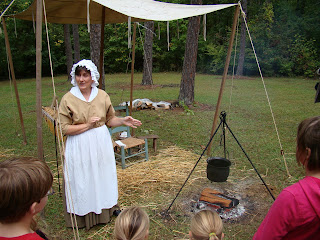 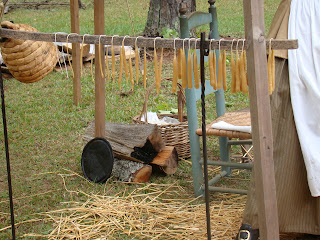 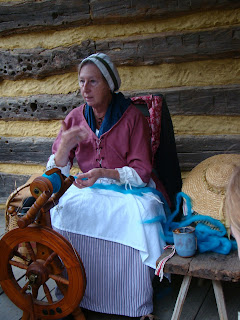 Writing with a quill pen. 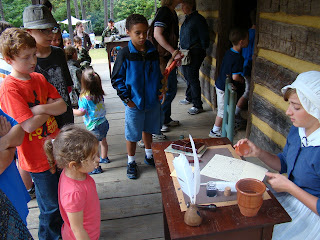 How foods were cooked and the types of food that were eaten. 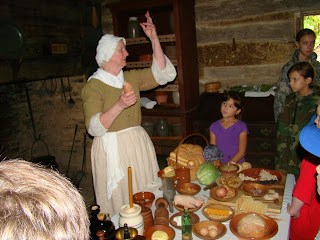 Reading more about the curing and storing of tobacco.  (Can you see the large leaves in the building in front of my boys?) 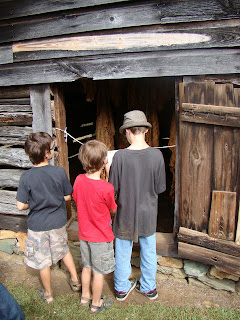 Blacksmith.  His tools were very interesting to lots of little hands. 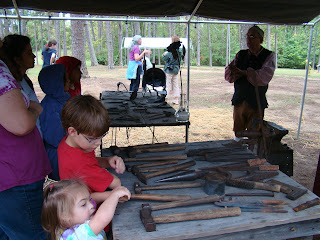 We had a picnic lunch on site and then gathered for the firing of the cannon.  Can you see that one of my boys has prepared by covering his ears already? 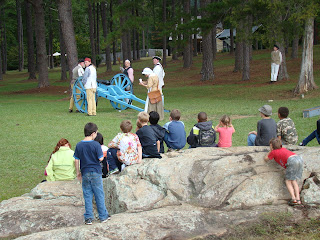 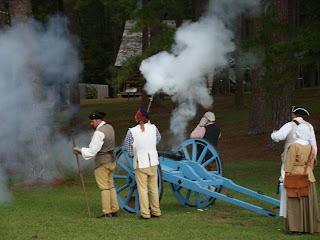 Fun morning!  Its my favorite way to learn history.  History is fascinating.  Its stories about people and places.  I have loved learning more about the past and the people that made a difference in how we live our lives today.  Learning by watching, exploring and experiencing is a great way to make the lessons your own instead of something that gets lost in a book.
More of the promised pictures - hopefully soon.  :-)
Blessings
Leslie
Posted by Leslie at 1:24 AM 1 comment: Links to this post