Look what we did today!  What a fun field trip.  We normally go bowling this time of year - a great indoor activity that is not weather dependent.  This year we decided to try something different.


It was a huge hit and great for kids of all ages!  We went to the Triangle Rock Club where they allow children ages 4 and up to climb.  I didn't sign up  Eliana though because I didn't think she would want to do it (though she did have the option while we were there).  I was right - she was not at all interested.  She did have fun though.  This was about as much as she wanted to climb. 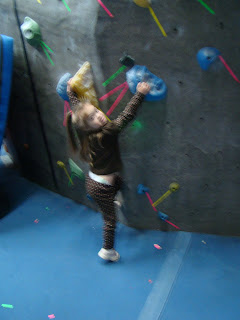 We started out with the children getting harnesses on.  Some went right to the walls to test things out.  The little people just explored and had fun. 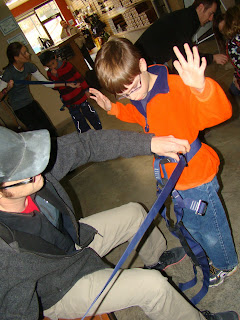 Eliana explored more than most.  She went upstairs.  Not a problem as you can view the climbing area from here which is pretty neat.  While I was snapping TWO photos, she slipped away back into the office area.  I quickly ran after her, but when I rounded the corner, she was already out of sight.  She had gone into the bathroom - lights out - and locked herself in.  Thankfully she was able to open it.  She came back up to the office area a little later and cheerfully walked into one of the offices to great the man working in there.

They were doing some repairs/construction while we were there and opened up the storage area.  A neat little door in the wall.  Just the right size for a little person to walk right in.  Yes, she did.  I was surprised at how large this area was too.  LOL  I was blessed by several friends that played with Eliana during the morning so that I could spend time with my other children and also take some photos. 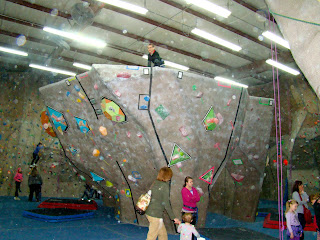 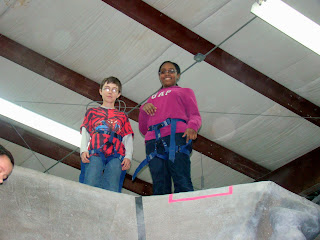 Daniel tried it twice.  Didn't go up very far either.  I really thought he might be willing to do more after doing the pulley in the tree with his cousin recently.  Oh well, I'm just glad he tried.  : -)  He had fun being there and hanging out with his friends. 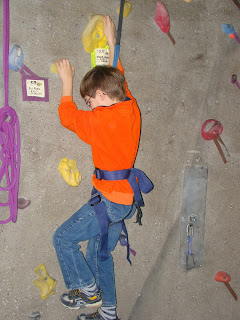 The rest of my children LOVED it!  Several have already asked when we could go back again!  :-) 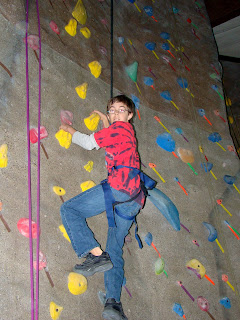 They loved the challenge of going all the way to the top. 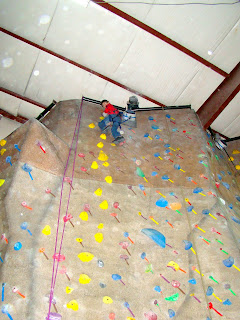 And then repelling down to the bottom. 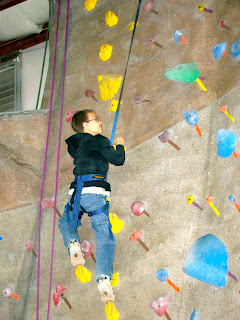 We had 6 lines open - we hired several  belayers so that we could have more people climbing at a time. 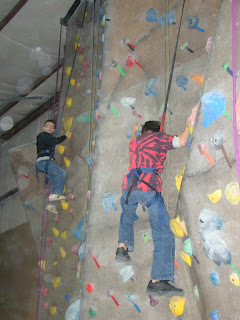 This is the boulder in the middle that you could climb without using a rope. 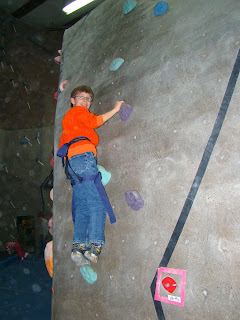 A bigger view of the wall so you can get a sense of the size of the place. 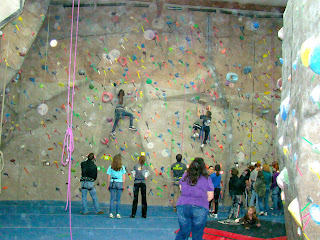 Loved seeing them face a challenge head on! 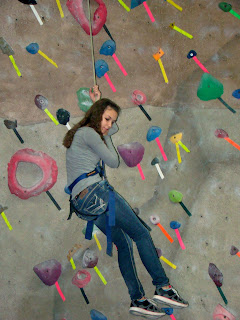 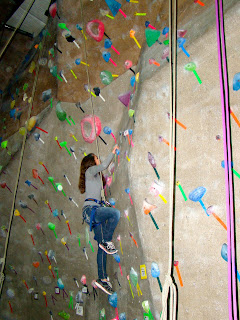 The foot pegs were different colors and labelled with the degree of difficulty so that you could choose to do an easier or harder one if you wanted. 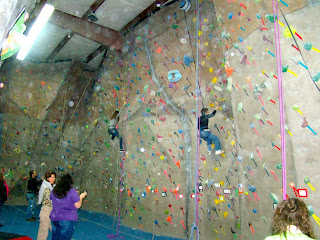 All in all a fabulous outing.  Highly recommend it and know that we will plan to go back again!

Hope you are having a fun week too!