For those who weren't reading here last year, this is a race that Christopher ran in.  It's a crazy race!  Here is the general format.

Sound like fun?  It didn't to me!  LOL  Last year, the weather was cold and we didn't go out to watch.  This year, some of us wanted to go.  I was so disappointed to wake up to it pouring down rain.  I knew it was supposed to rain - but it was raining hard!  We had decided the night before to try to go - no matter what the weather  The three little boys and one sweet friend decided to go along for the fun. 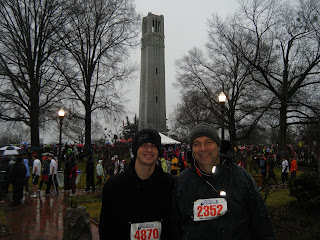 By the time we arrived, the rain had tapered off considerably.  It was still raining though and it was really cold!  We were able to park pretty close to the doughnut distribution site.  We then walked to find Christopher and Roger.  Oh yeah, did I forget to mention that Roger decided to run the race this year?

We found them pretty quickly.  Christopher was already eating doughnuts.  It didn't take too long before the enjoyment of eating them wore off. 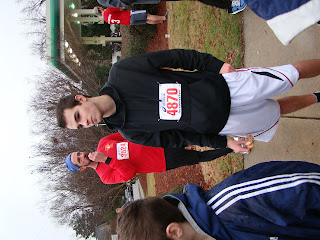 Roger started after putting on gloves so his hands wouldn't get sticky.  (That really seemed the least of the problems with eating the doughnuts to me!) 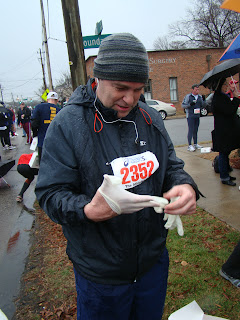 We chatted with them and watched them eat. 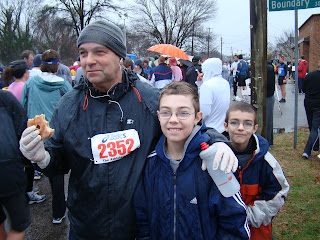 One of the tricks to getting down so many was to smash them all together. 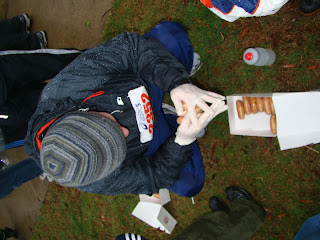 So close when you get down to the last few.  Those are the hardest ones to eat though! 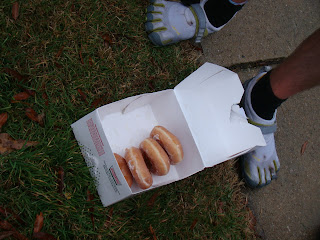 Not sure what type of encouragement Christopher might have been getting from his little brother here. 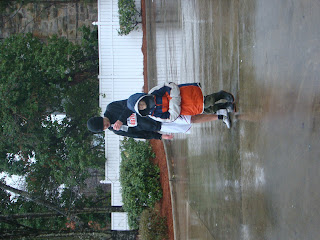 What was fun was seeing some of the costumes that people were wearing for the race!  It was hilarious. 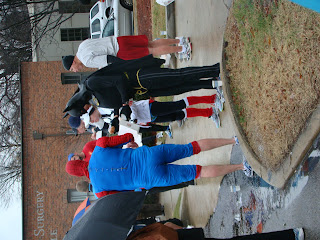 Can you see the "girl scout" in the middle?  With facial hair?  This guy cracked us up! 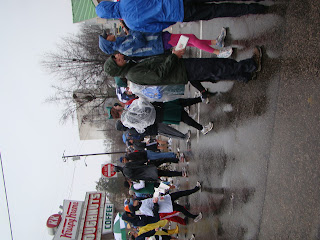 It was quite a mess after most of the runners left.  It was cleaned up pretty quickly though a short time later. 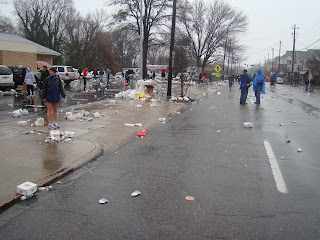 It really was a fun morning.  As most of the runners got their doughnuts, we saw that there were still MANY more boxes.  We went over and asked if we could have some doughnuts.  Christopher had offered to pay $1 for each box his brothers brought home for him.  They told us we could take as many as we wanted.  And we did. 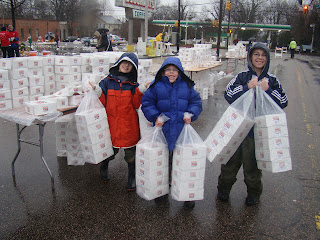 We piled 50 boxes in our van.  (40 of those were going to my house!)  It was crazy.  We then decided to make another stop on the way home at the Farmers Market to check out the bulk produce.  Instead of just looking, we made some purchases.  (I'm hoping to start up a produce co-op soon and wanted to get a feel for what this would look like.)  Great prices and we have enjoyed the food!  Here's what the van looked like after that stop. 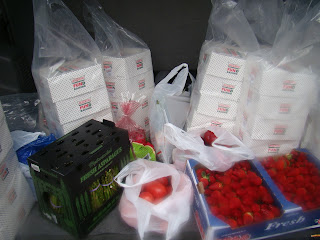 This is my share of the fruits and veggies - total cost $16. 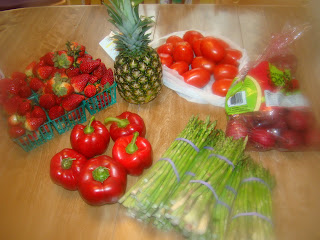 So we arrive home and have all those doughnuts.  Isaiah asked if it would be alright if he went around the neighborhood and sold the doughnuts.  I told him it would be fine, but he needed to be able to tell people why he was selling them.  He decided to sell them to raise money for Reece's Rainbow.  Joshua also wanted to sell them and he wanted to raise money for JDRF.  (Yes, we saw the irony in selling these sugar-laden treats to raise money for a group fighting for a cure for diabetes.)  They sold $84 worth of doughnuts at $3 per box.  They were very excited.  I'm really proud of them!

Soon after we arrived home, the runners came home too.  At the end of the race, they were still able to smile. 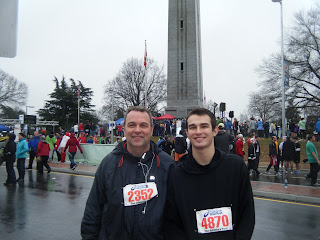 Roger hasn't touched any of the many boxes of doughnuts we have at home.  Christopher on the other hand has been enjoying them immensely.  All in all, it was a really fun morning.  I look forward to attending (and definitely not running) again next year.

Blessings
Leslie
Posted by Leslie at 12:06 AM 9 comments: Links to this post