So far, I'm off to a good start on my catching up with my blog, right?  I've finished February and now its time for a whirlwind tour of March.  I'll post our Five in a Row co-ops in a separate posting.

As we spent time learning about pigeons in our last Five in a Row book, Daniel began to be very interested in the birds around us.  Our next FIAR book was also about birds which helped to encourage this new interest even more. 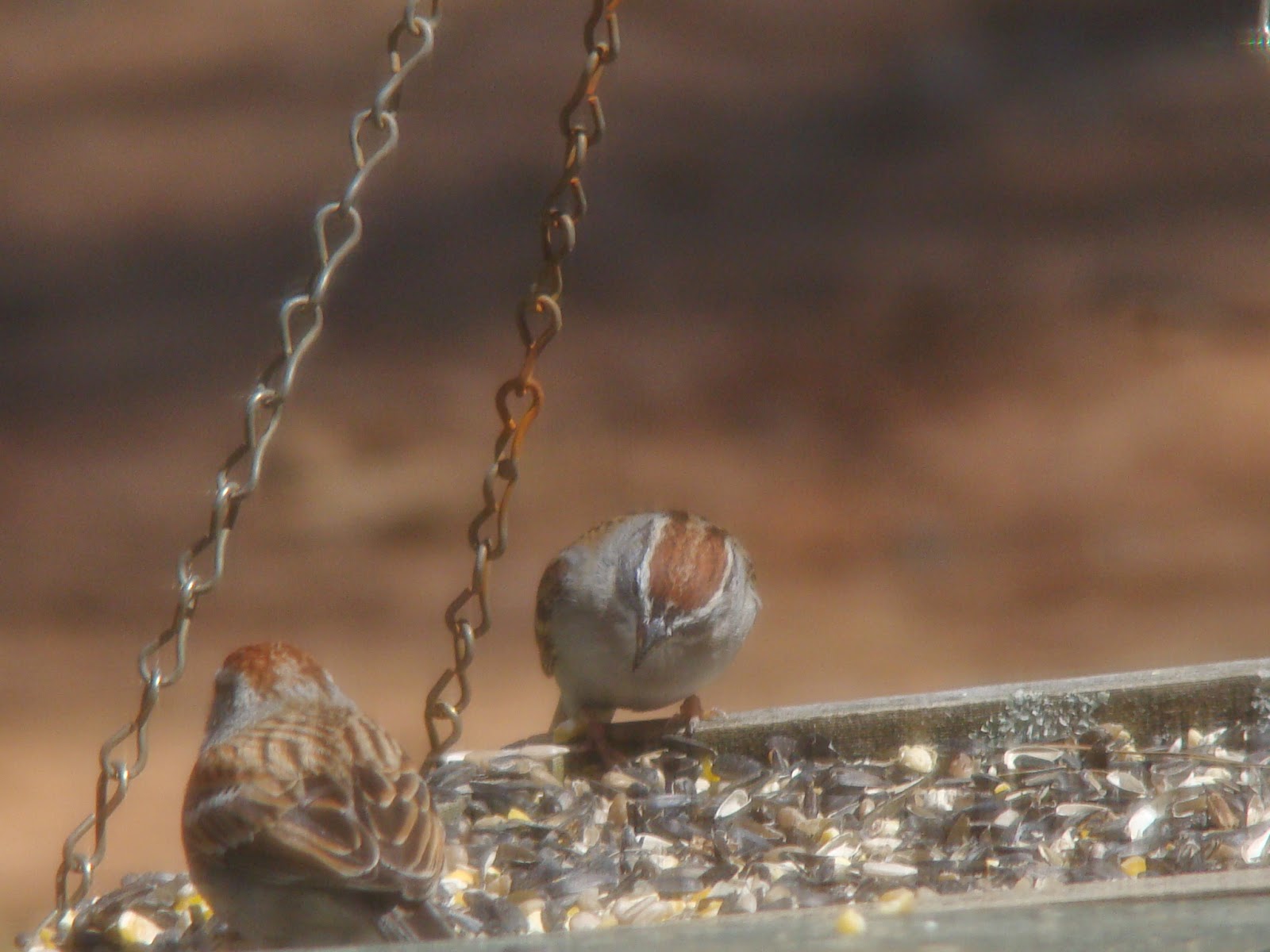 He enjoyed spending time watching and taking photos of the birds at our feeder.  Its been fun seeing him enjoying God's creation and wanting to learn more about them. 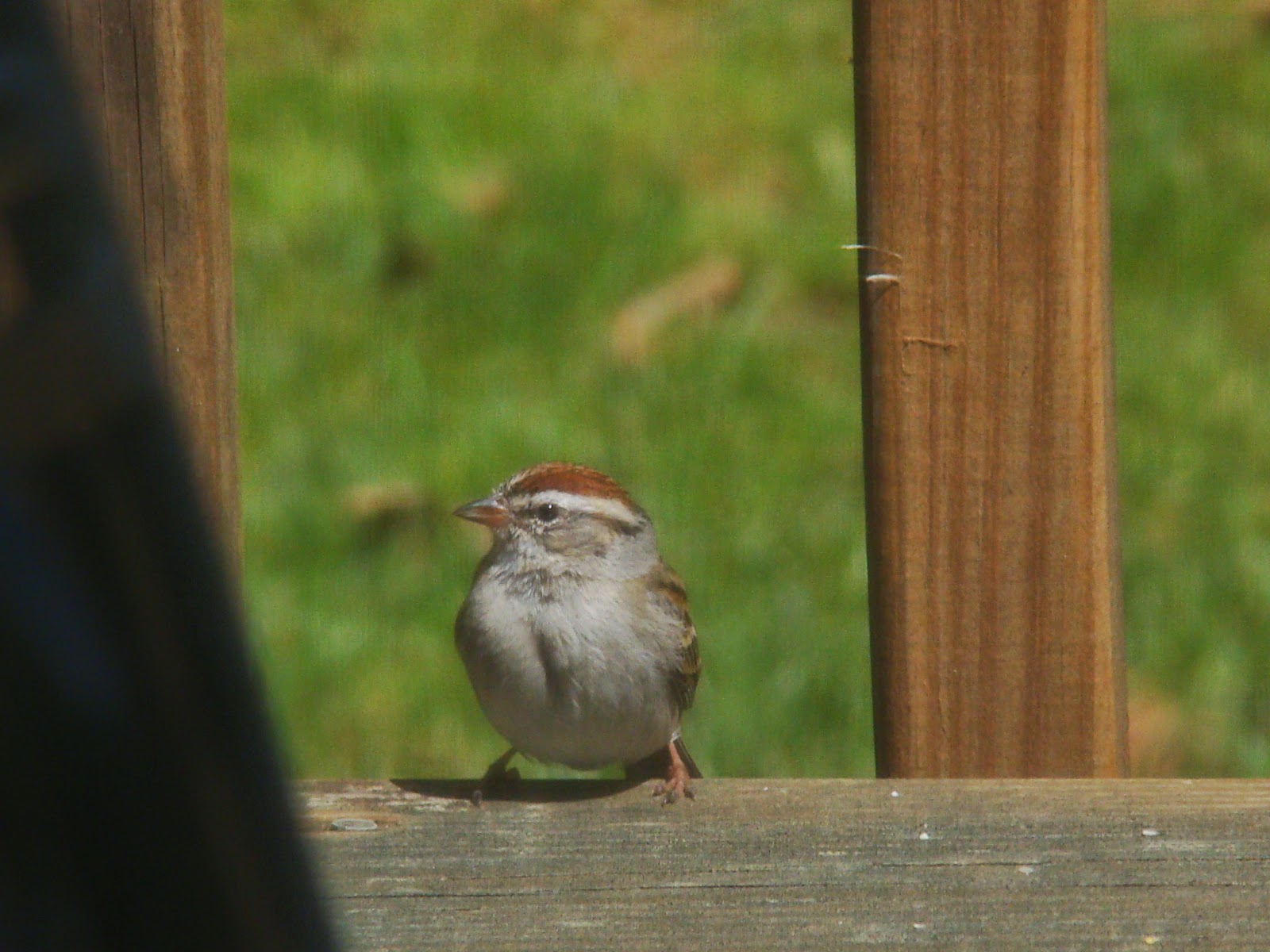 Our FIAR group went on a field trip to a skating rink. 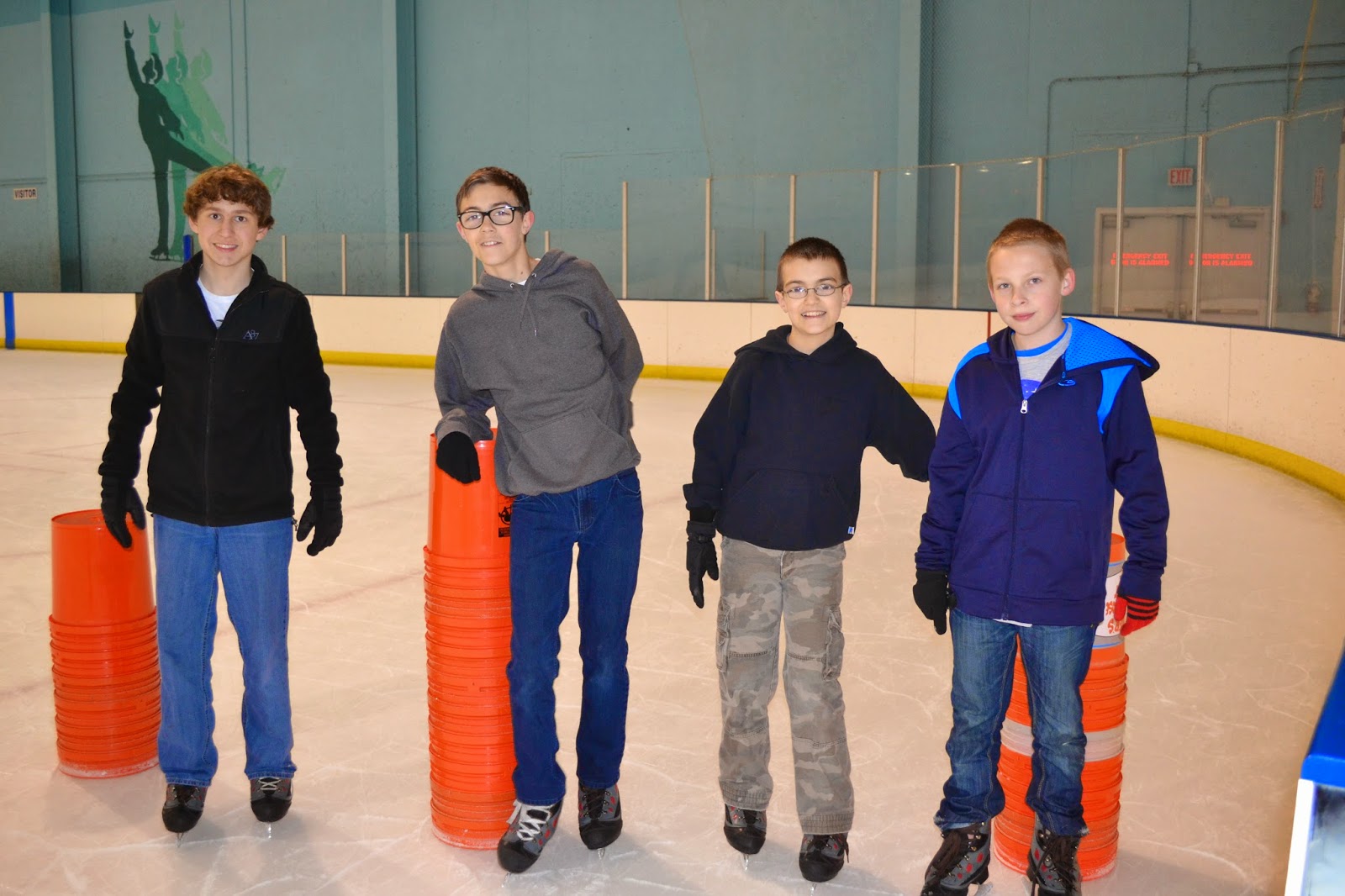 Its harder than it looks or seems which I think was a surprise to some of them that had never been before. 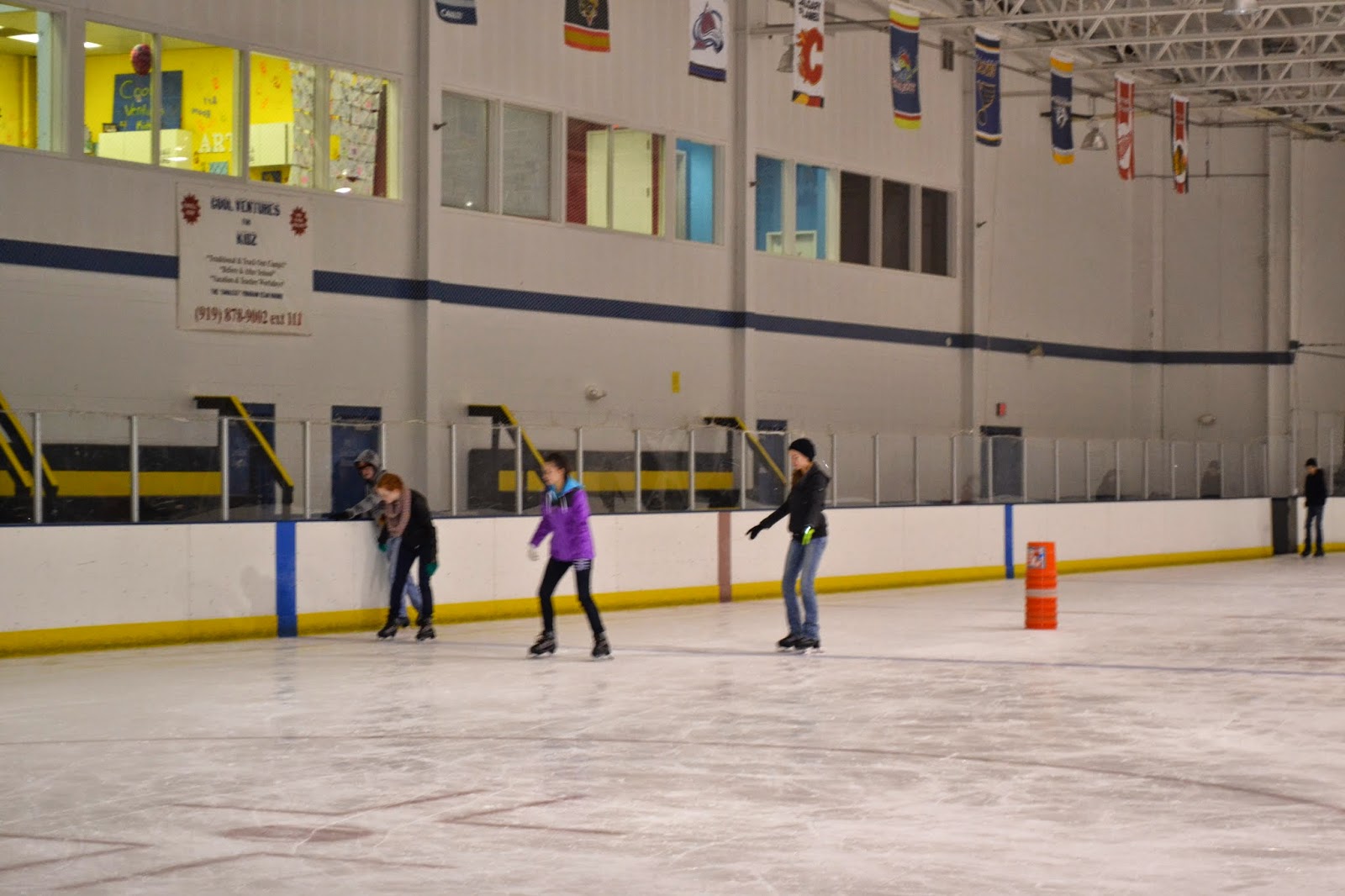 Eliana didn't even try.  After we tried roller skating last month - which she hated, I figured this would not be on her top 10 list.  We hung out in the lobby with some other young friends that weren't skating.  Daniel loved it and is hoping to go back again during the summer. 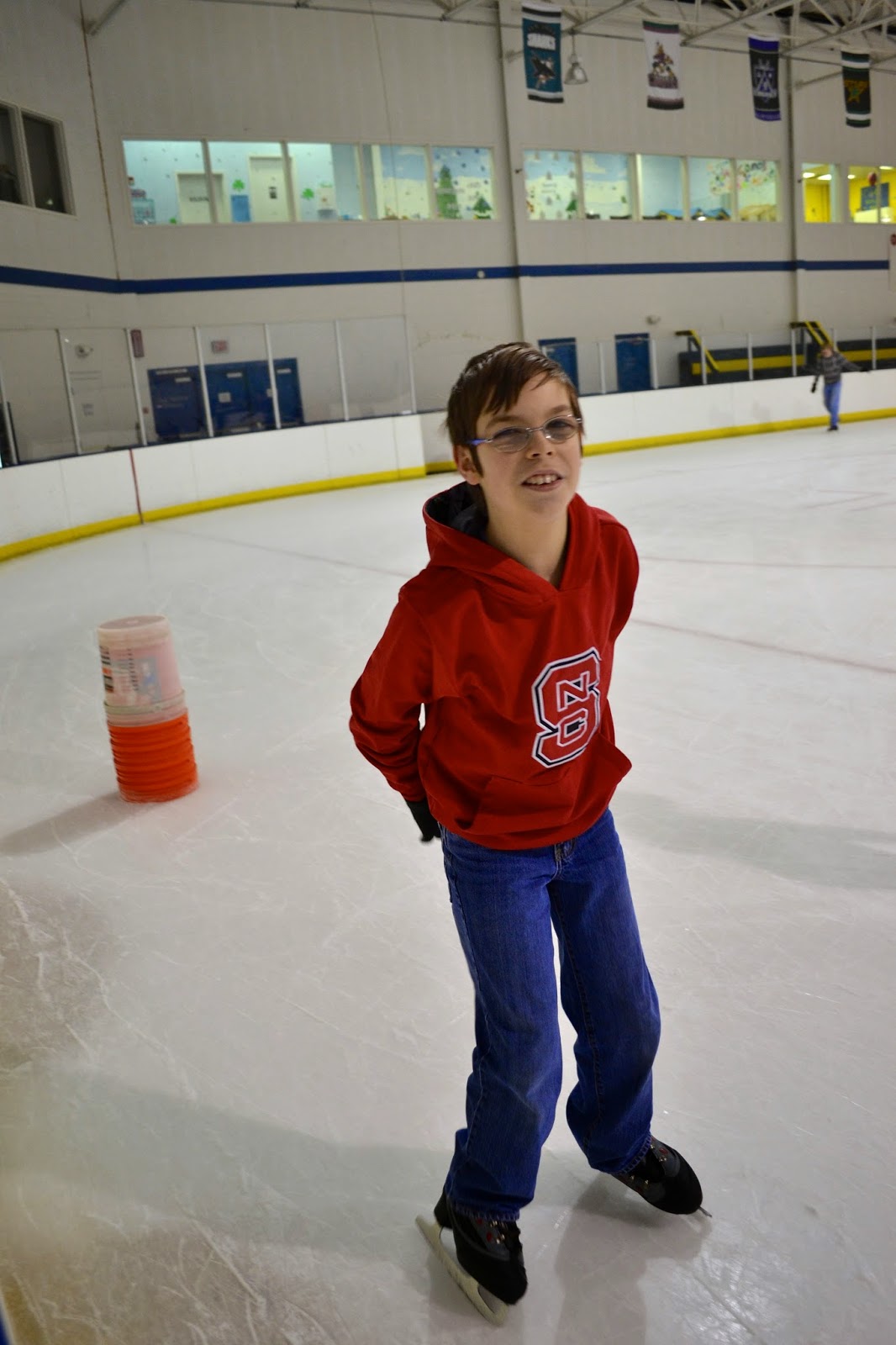 Just liked this photo of these beautiful young ladies.  :) 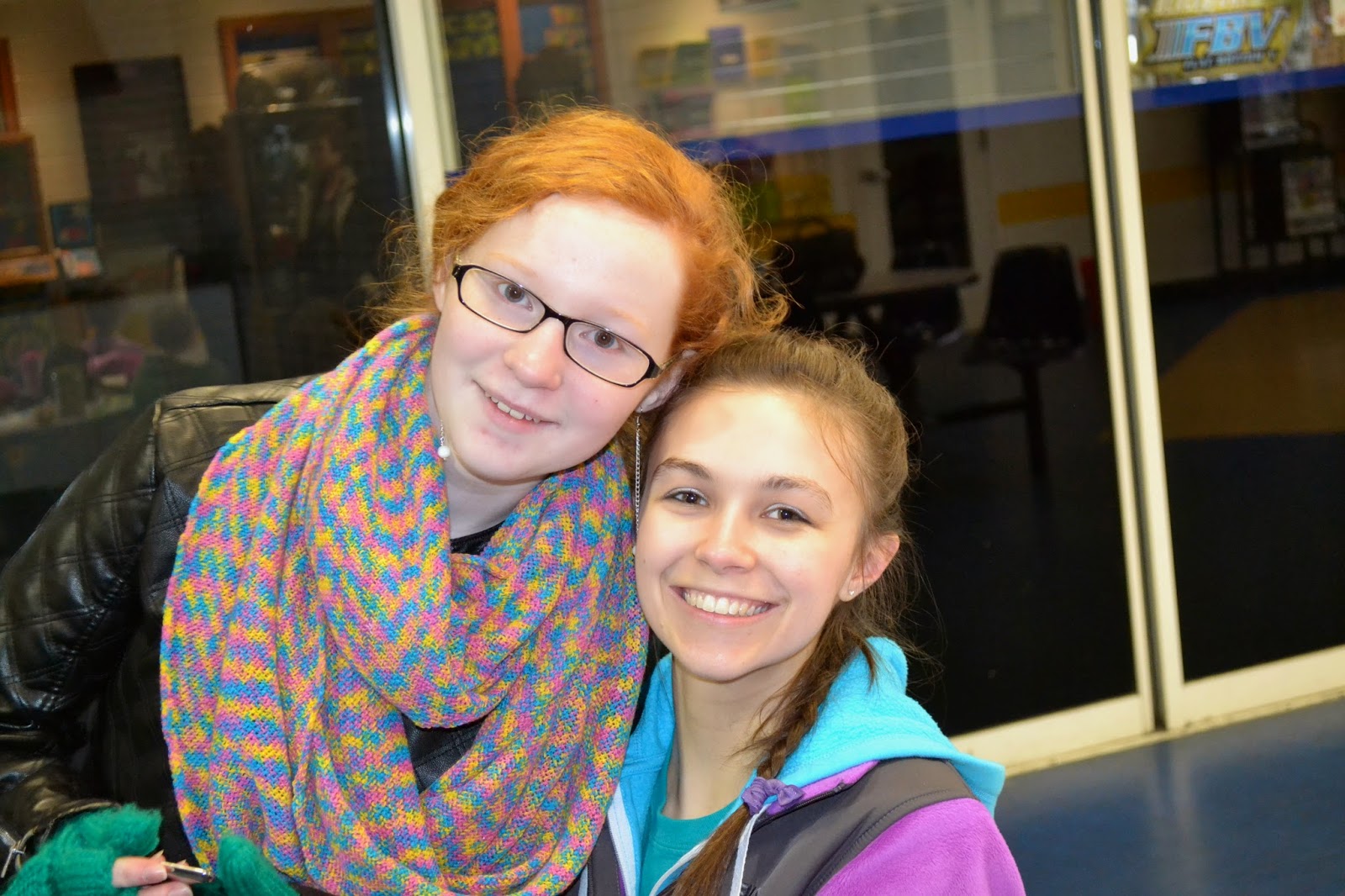 As part of our Robin Hood co-op, we talked about fires and then proceeded to make one.  Each person worked to gather materials, build a fire and then strike flint to get it going. 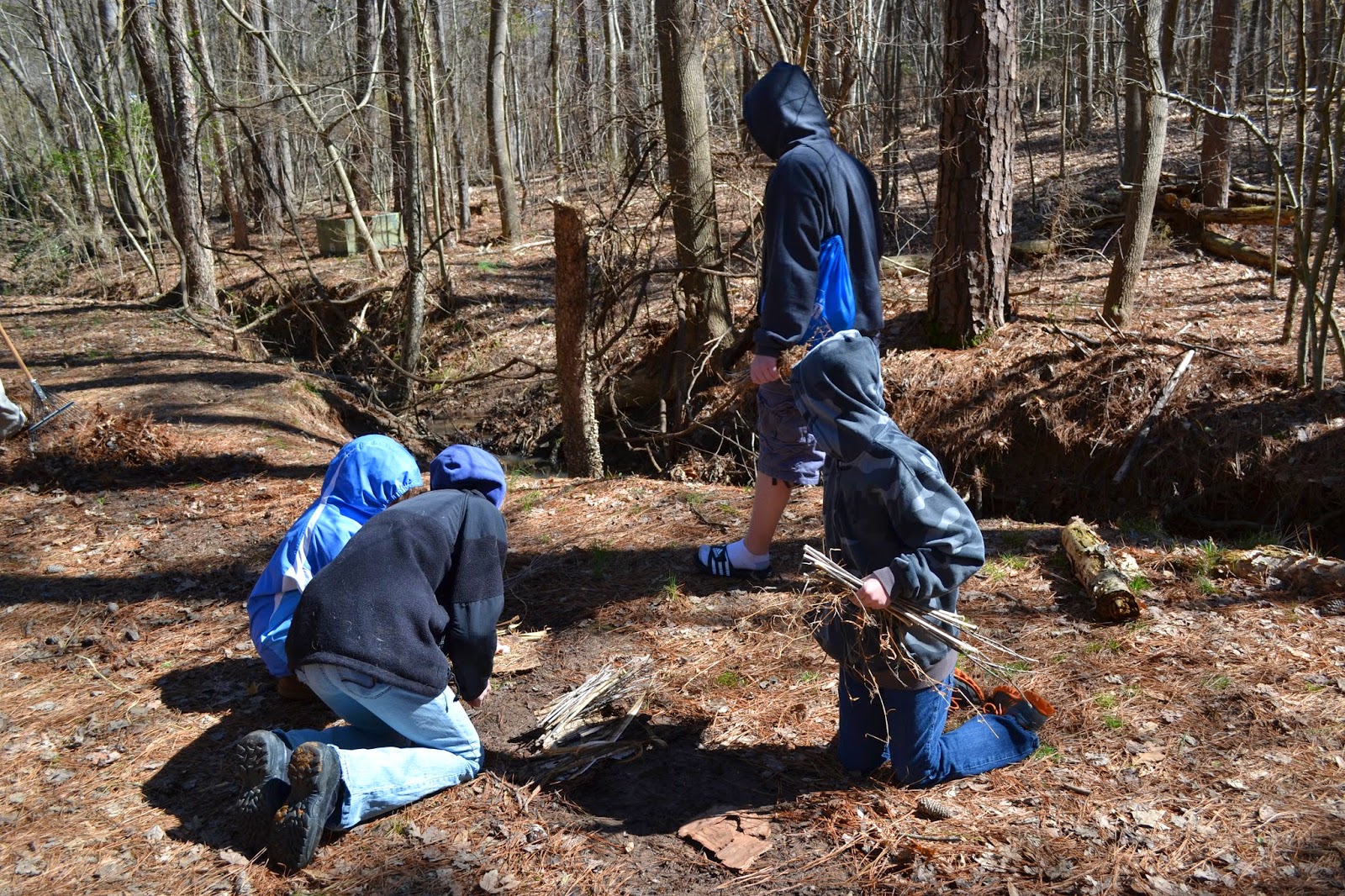 I loved seeing the looks of satisfaction on each face when they succeeded.  And each one did! 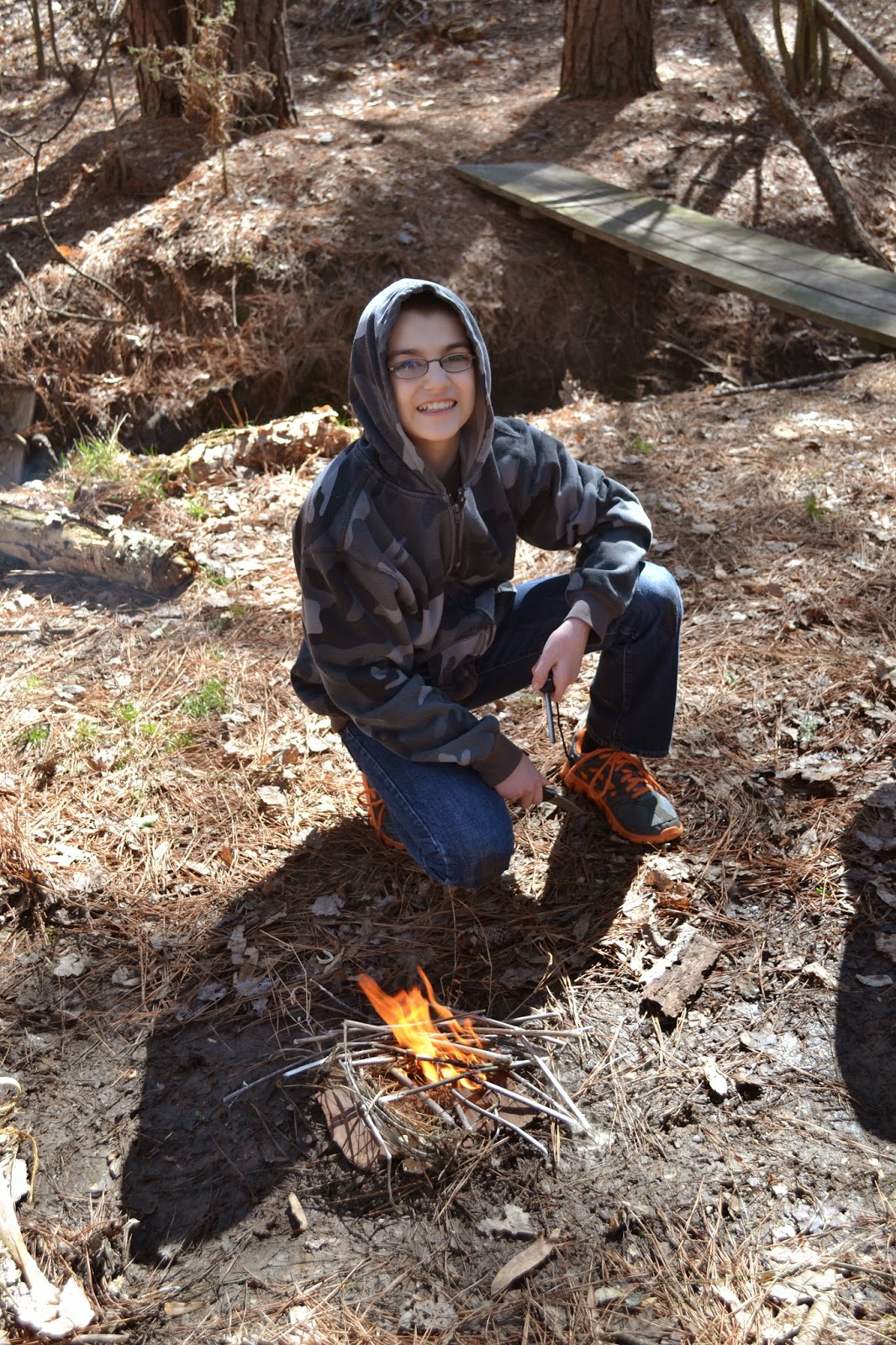 This was a huge hit. 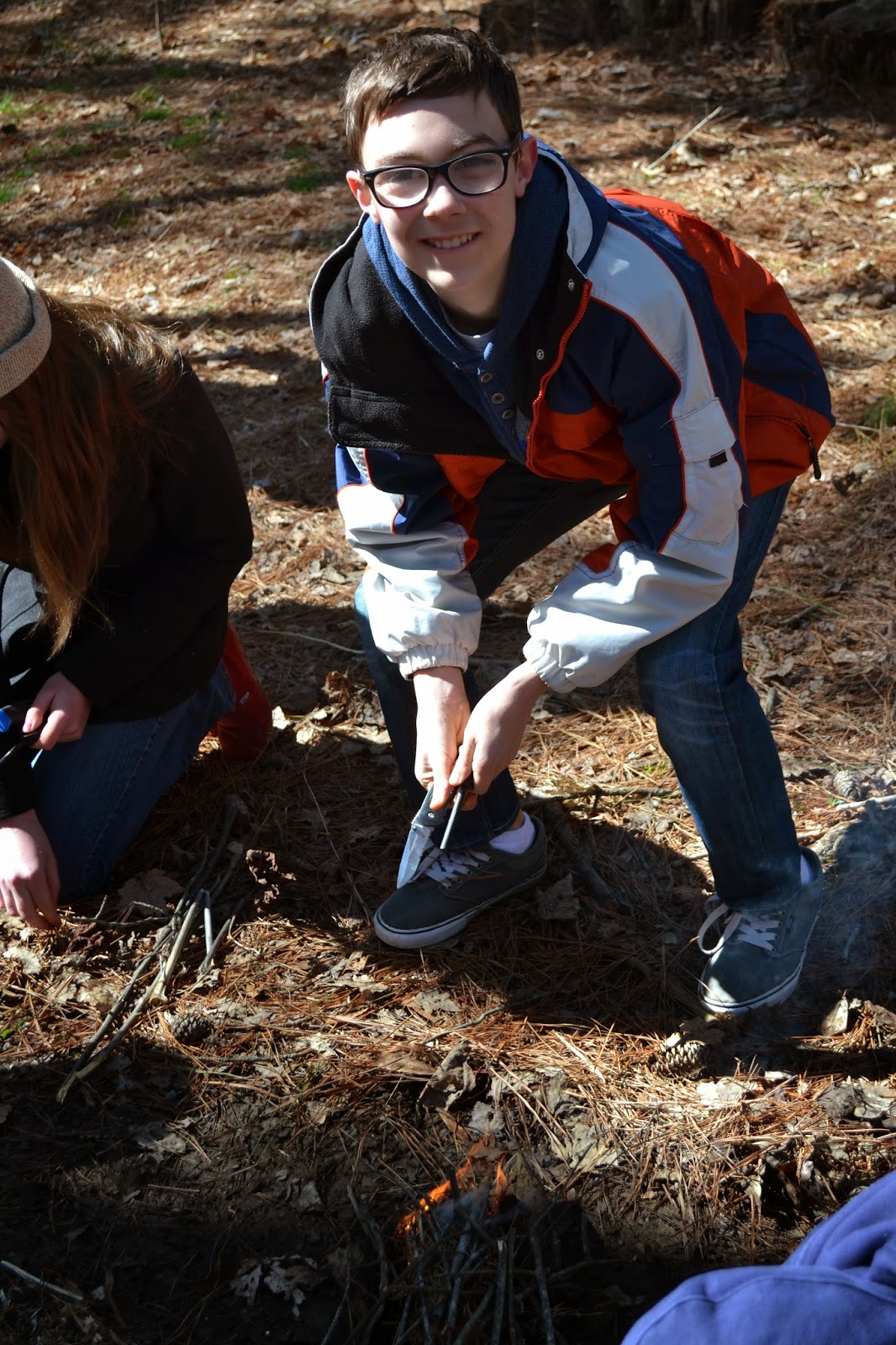 And of course, we had to cook food over the fire too. 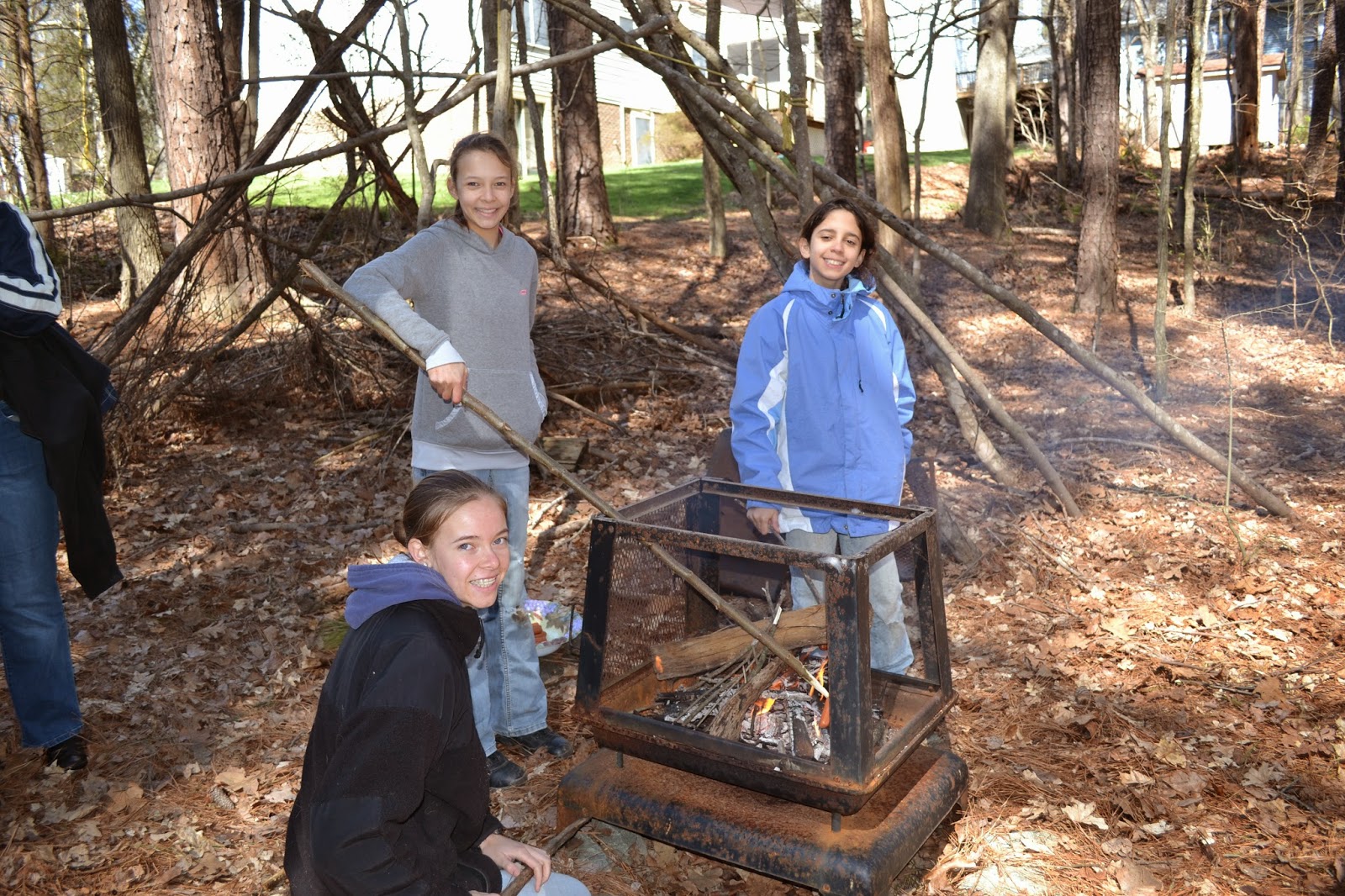 Eliana liked having a hot dog too! 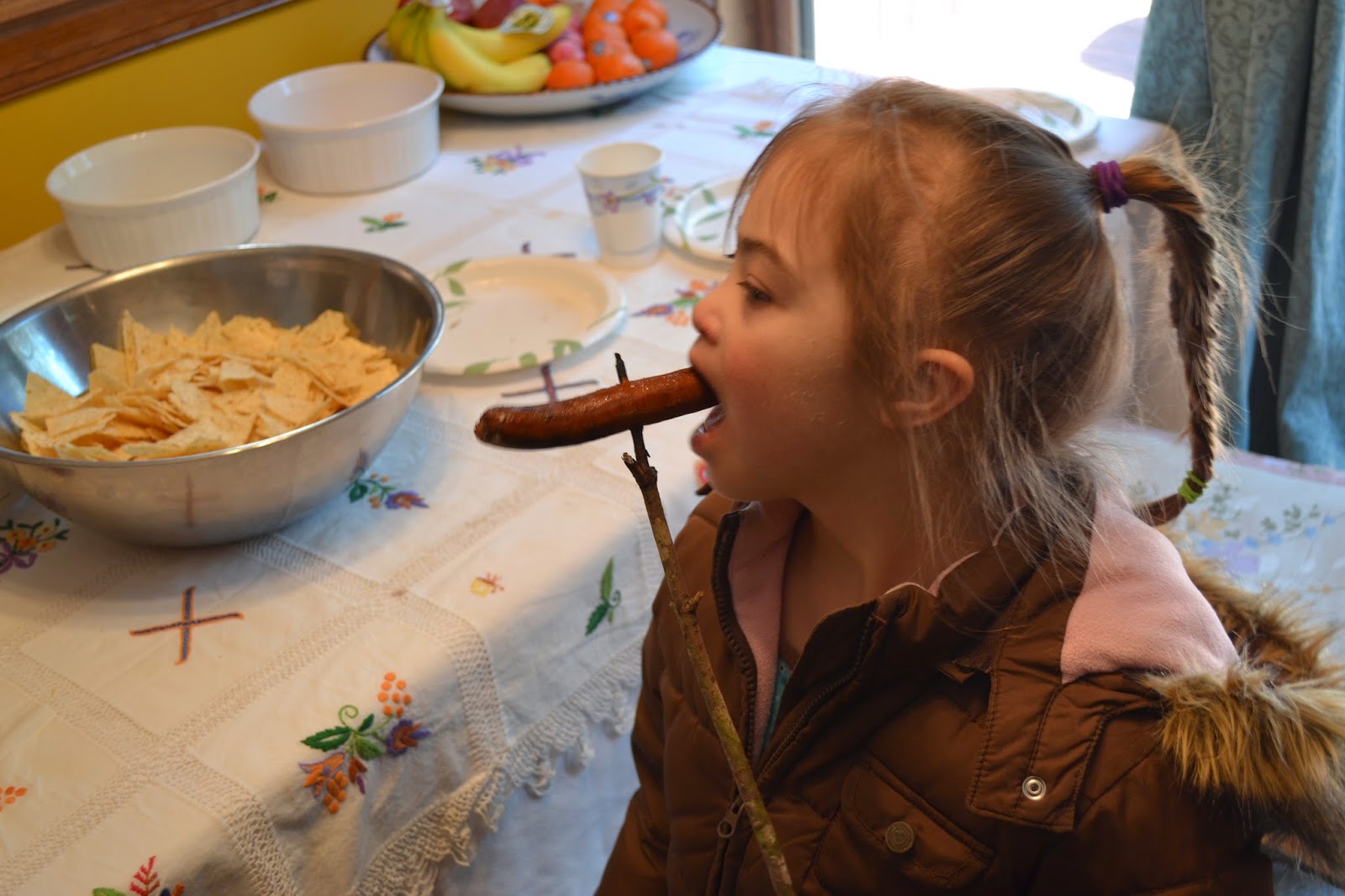 We celebrated Christopher's birthday at the beginning of his spring break before he headed off to the mountains with friends.  Happy 21st birthday!  I love you Christopher and am proud of you.  I love seeing how God is working in your life.  I pray for you daily that you would grow in your faith and love for God and that you would have the courage to follow where He leads. 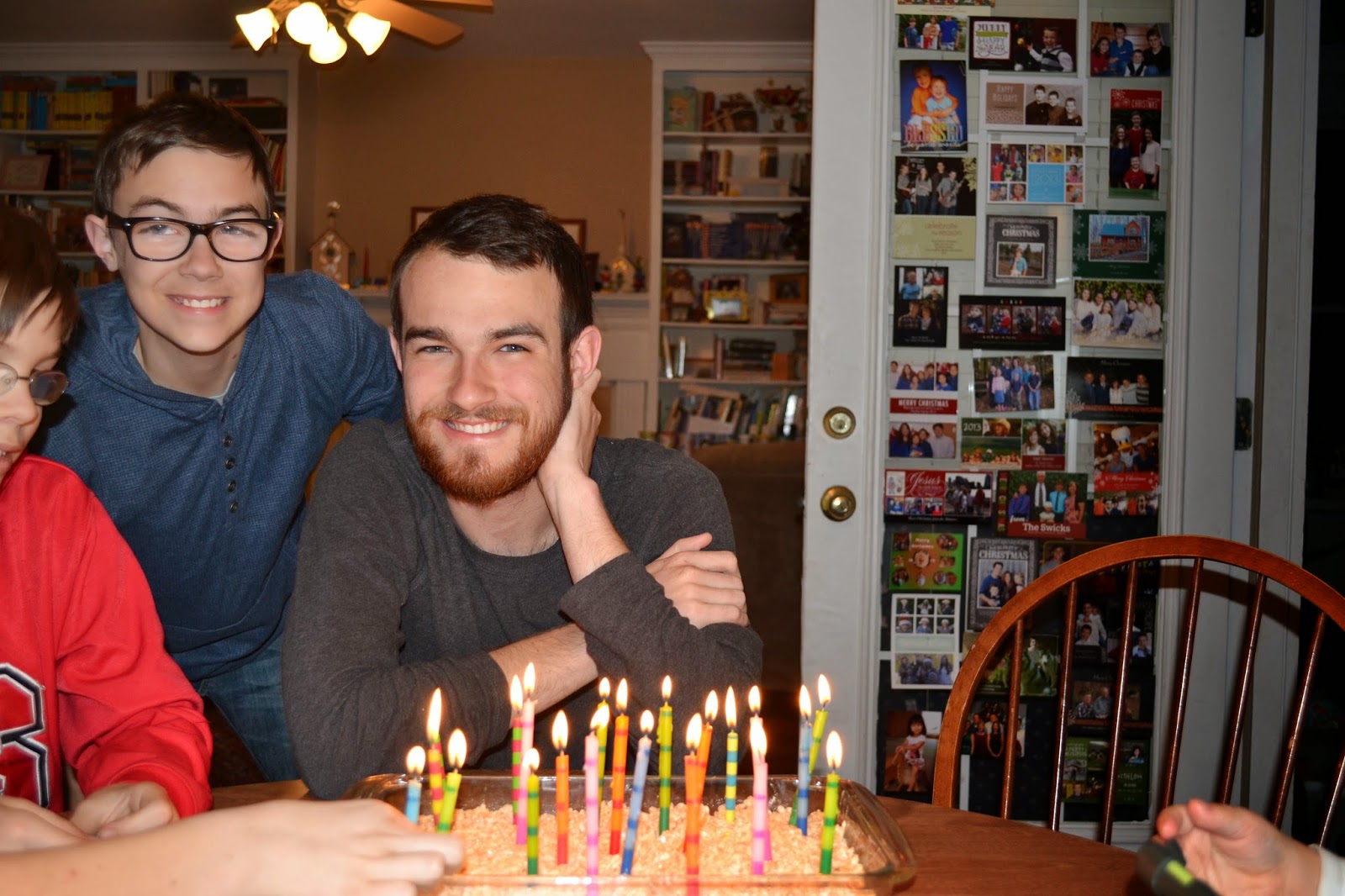 He brought home one of his roommates for the night (Joe!) which we were all excited to spend time with too! 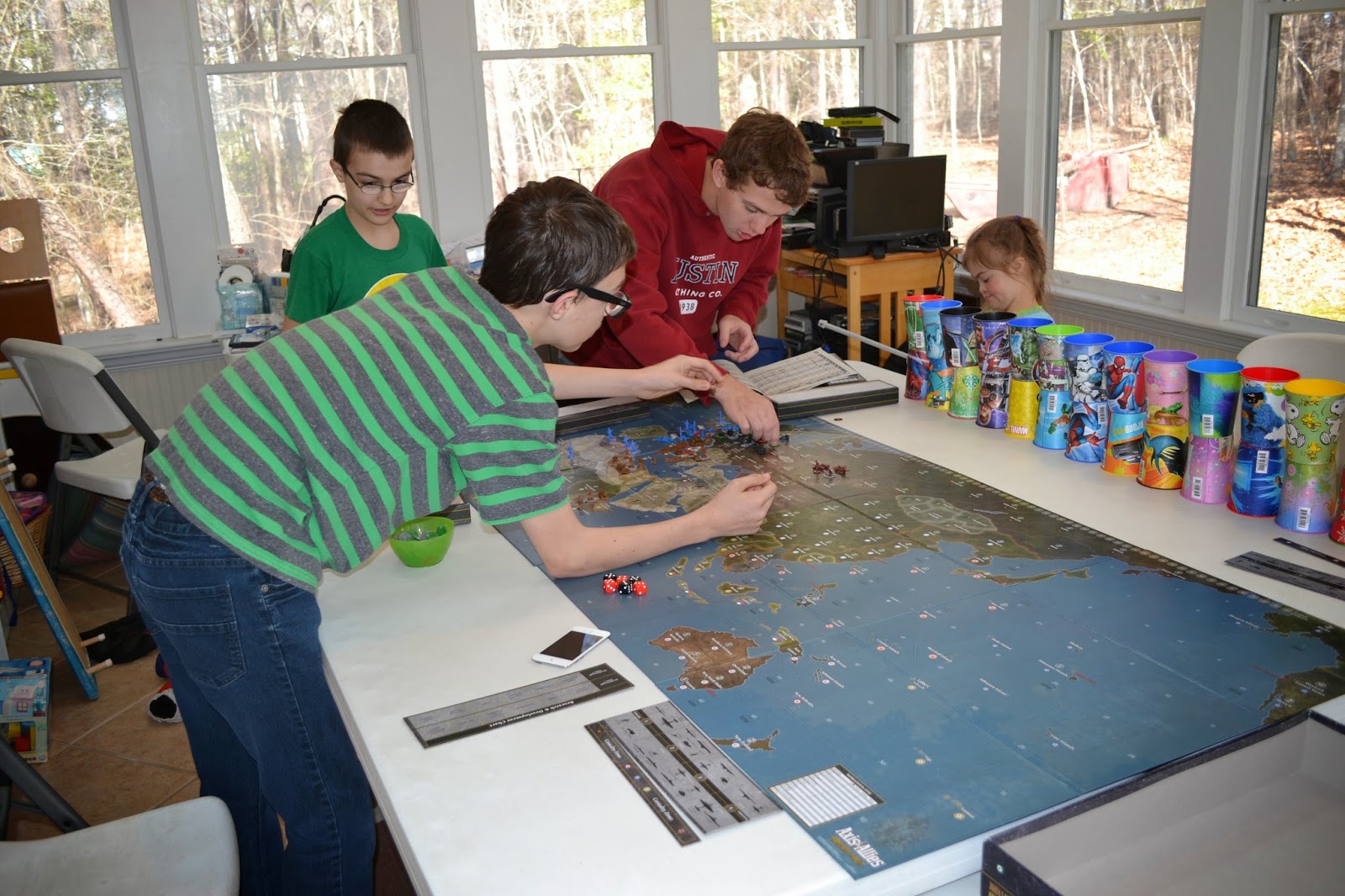 Joe and Christopher both were invited to to join in the game of Axis and Allies.  This is no small game and it takes no small time to play it either. 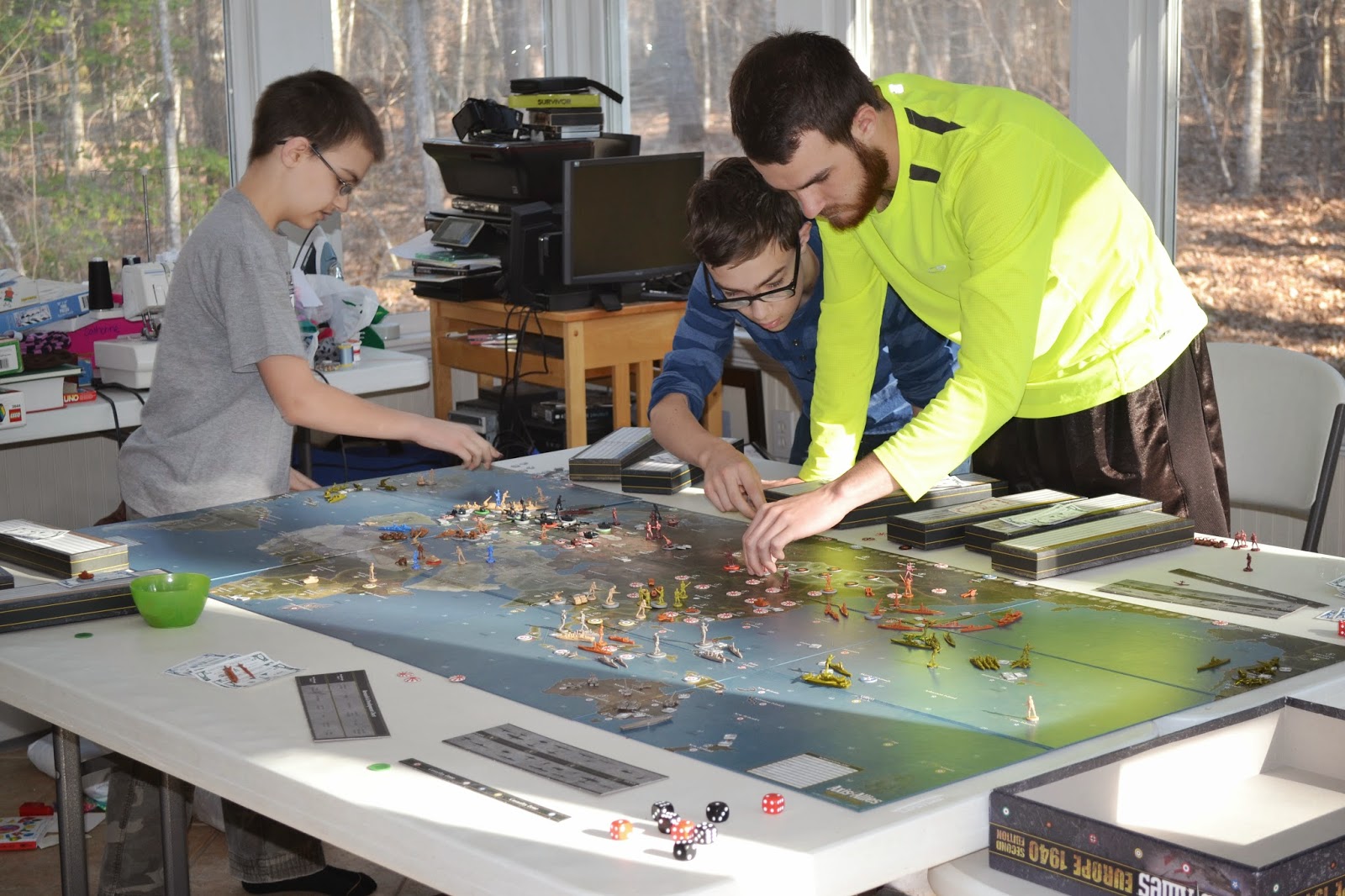 We also played some medieval games during one of our co-ops with Robin Hood.  (We also did some inside work but that doesn't always make for great photos, kwim?)  One of them is jingling where the person who is it is NOT blindfolded and everyone else is.  Nice twist, huh?  "It" has bells which he jingles and the others try to catch him. 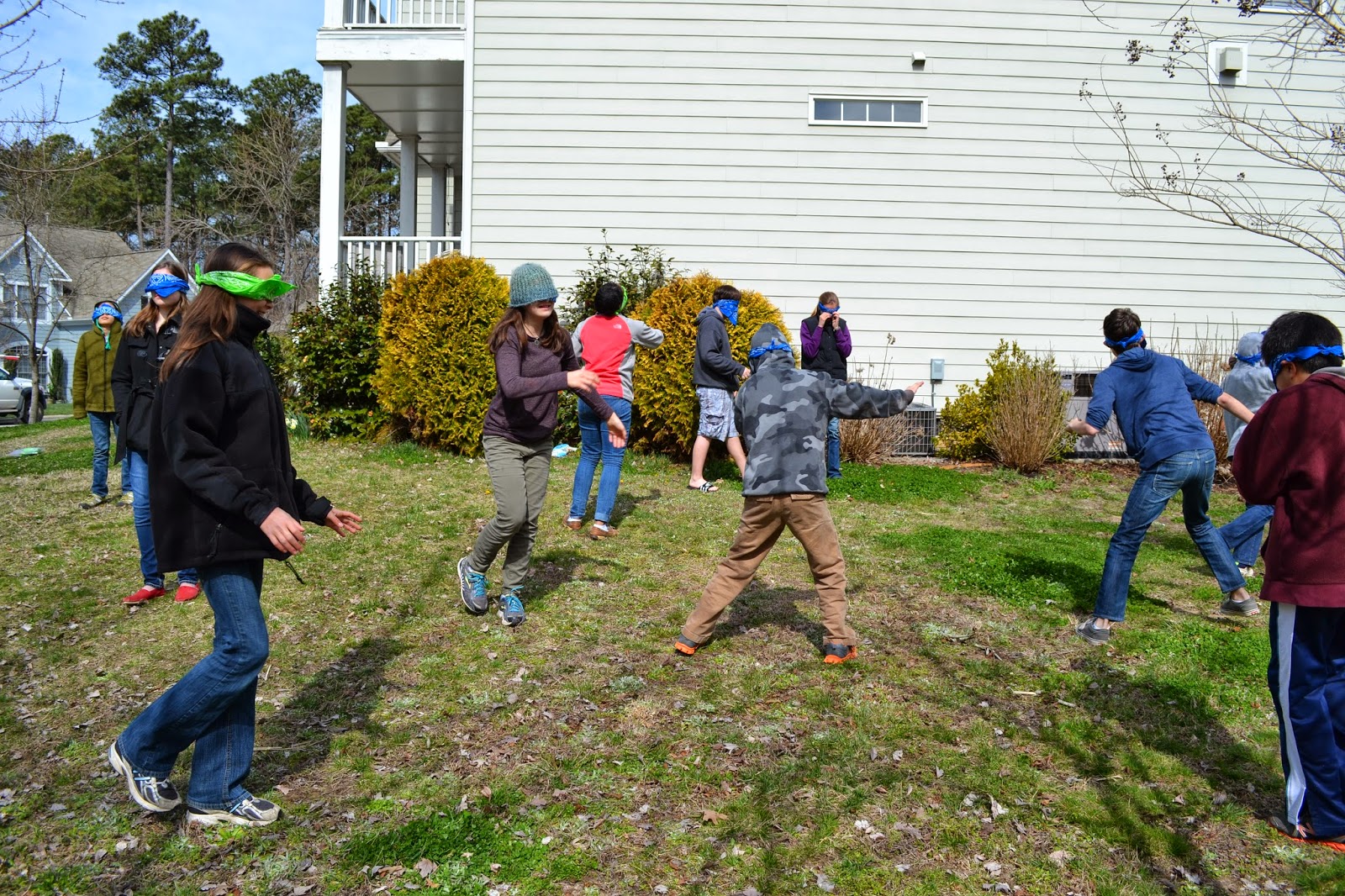 Another game we played was How Many Miles to London.

This game begins with “It” being blindfolded. The other players then stand in a line and ask “It” for directions. “It” tells them how many steps to take forward backward, left, or right they must go. Then “It” is led to the starting point and must follow his own directions. When “It” has reached the final destination, he must try to touch another player. The other players may duck or sway to avoid being touched, but they cannot move their feet. If a player is tagged, then he is the next “It” otherwise “It” must try again. 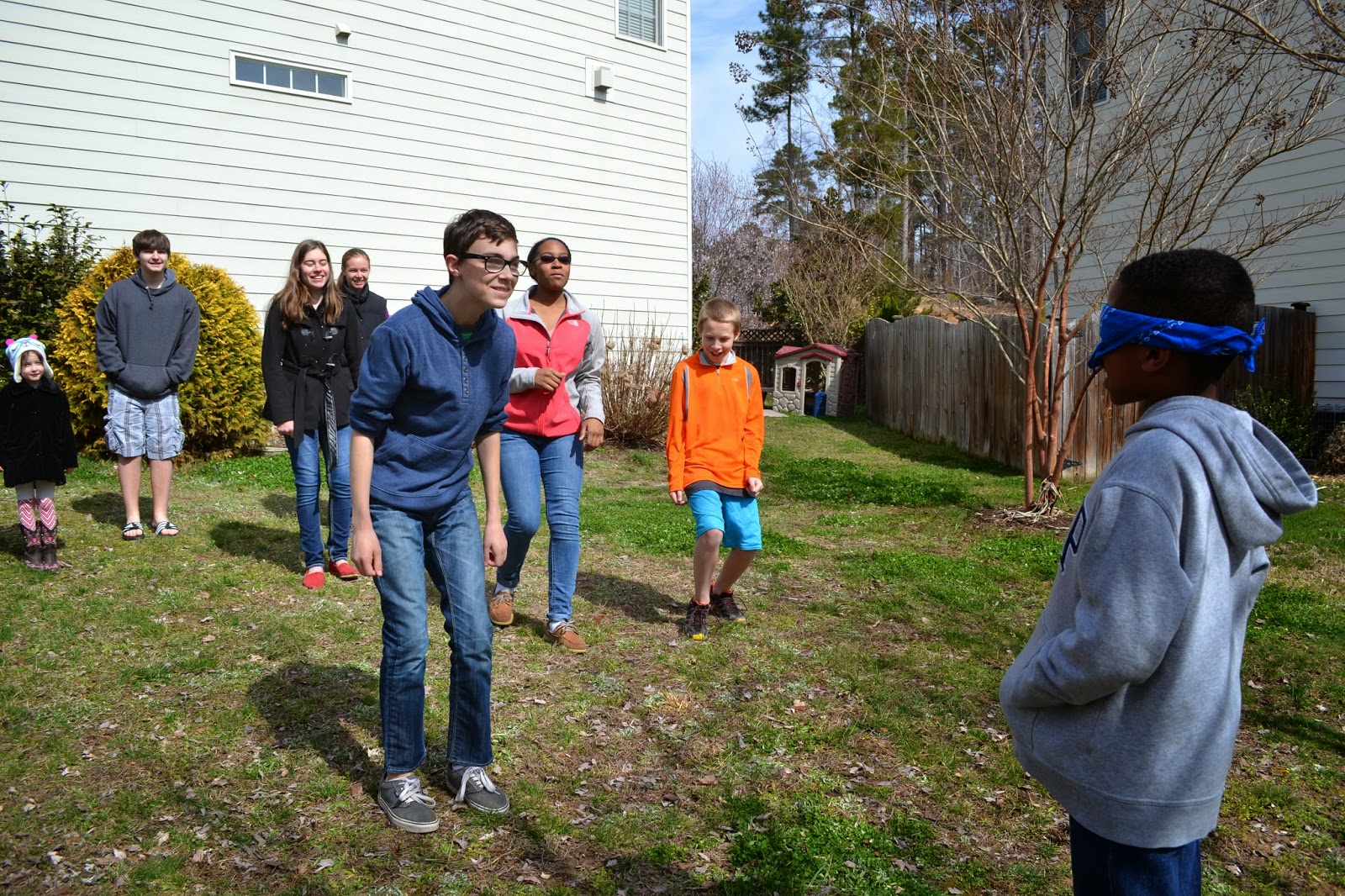 We always end with a delightful spread and this time was no different.  Yum!  :) 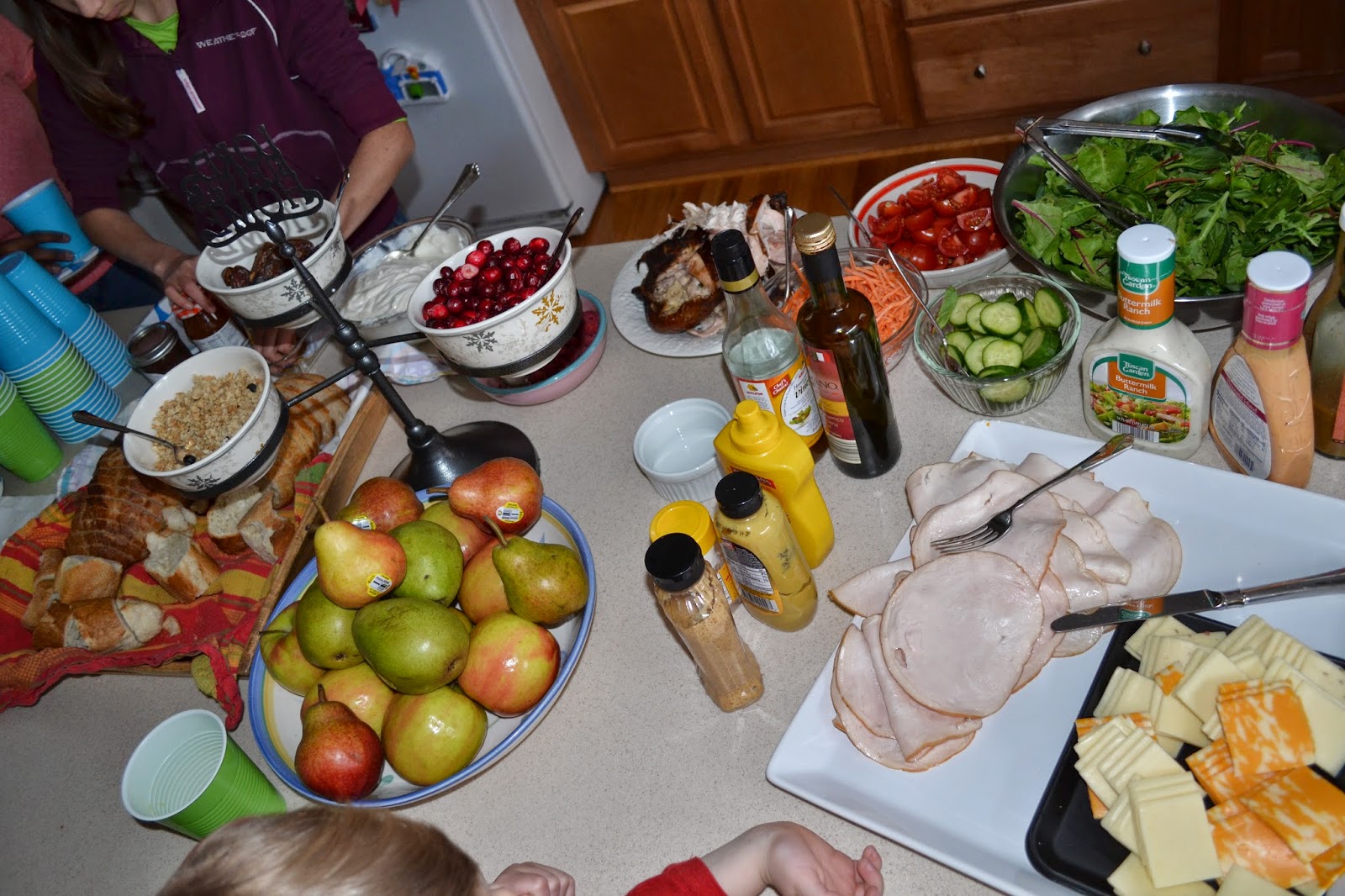 For book club this month, we read A Tree Grows in Brooklyn.  This book had so many ideas to explore and discuss.  It is an interesting comparison to see how things were done and handled then versus now.  There are ways in which I see great improvement and some which I see great decline. 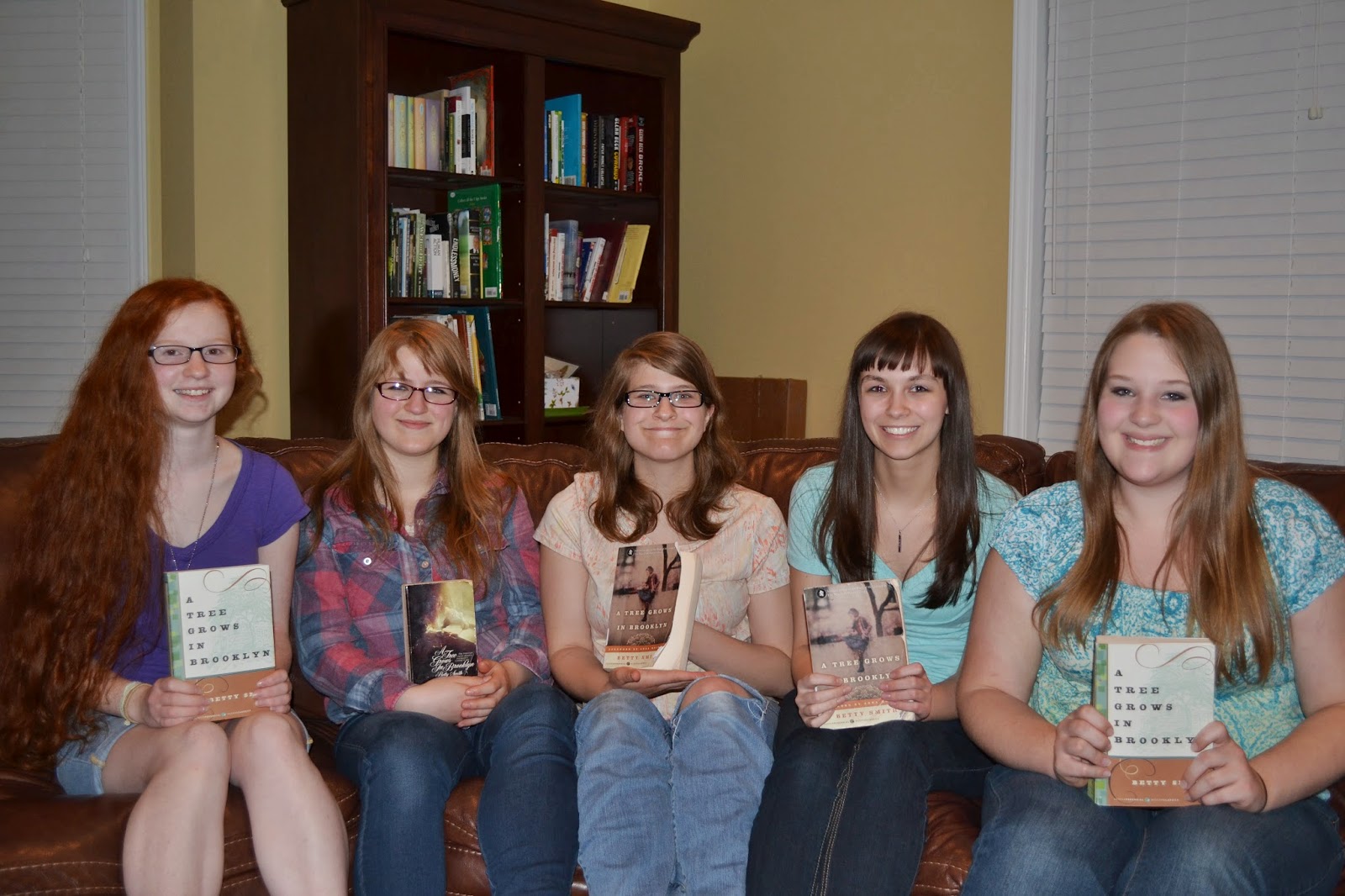 Dinner out with two of my dearest friends.  Thankful for both of these women and all that they have poured into the lives of my family.  Thankful that God has given me such wonderful friends to hang out with. 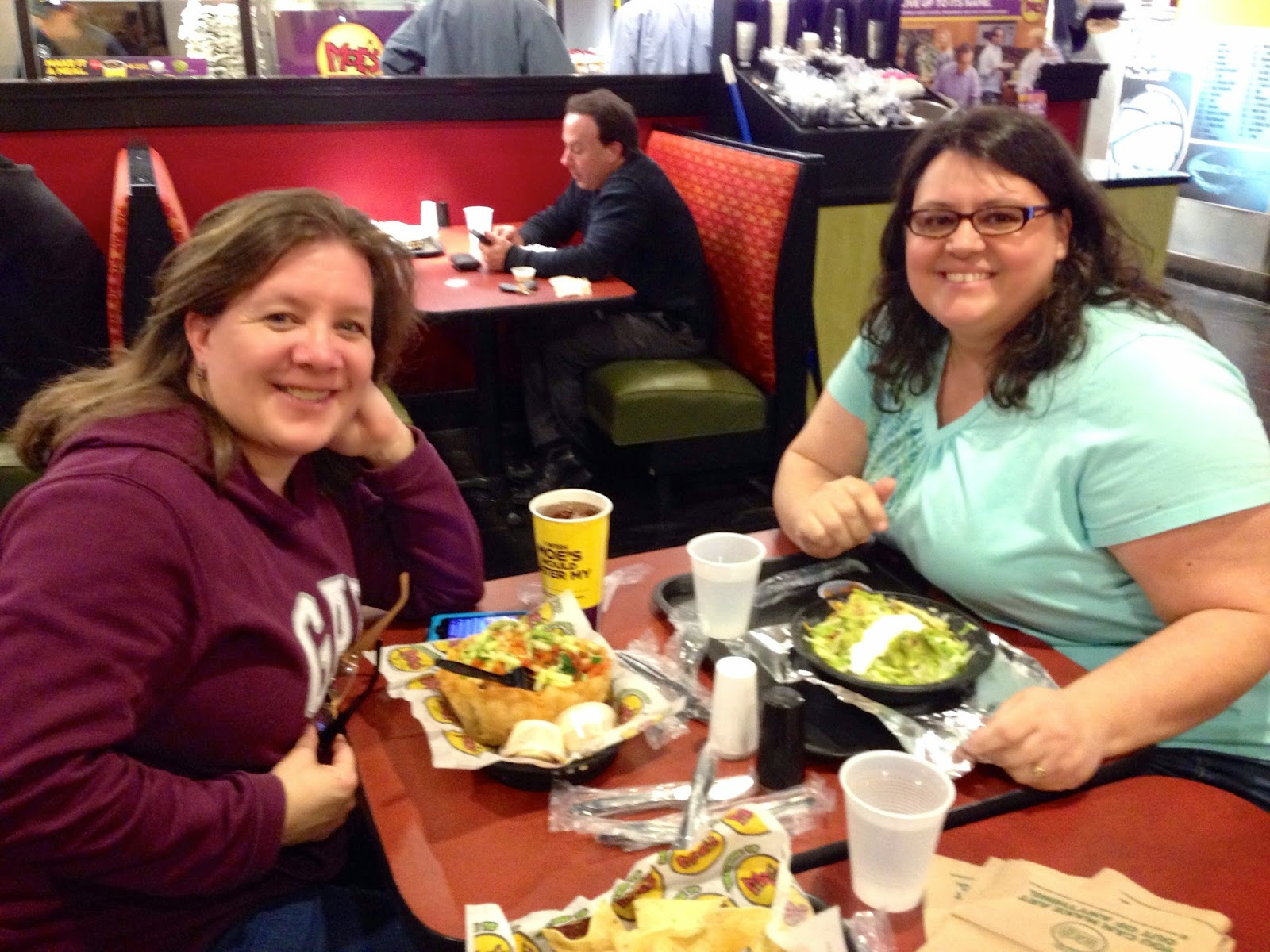 Nature journalling.  Its a very sporadic activity around here, but we do it when Mom things about it. 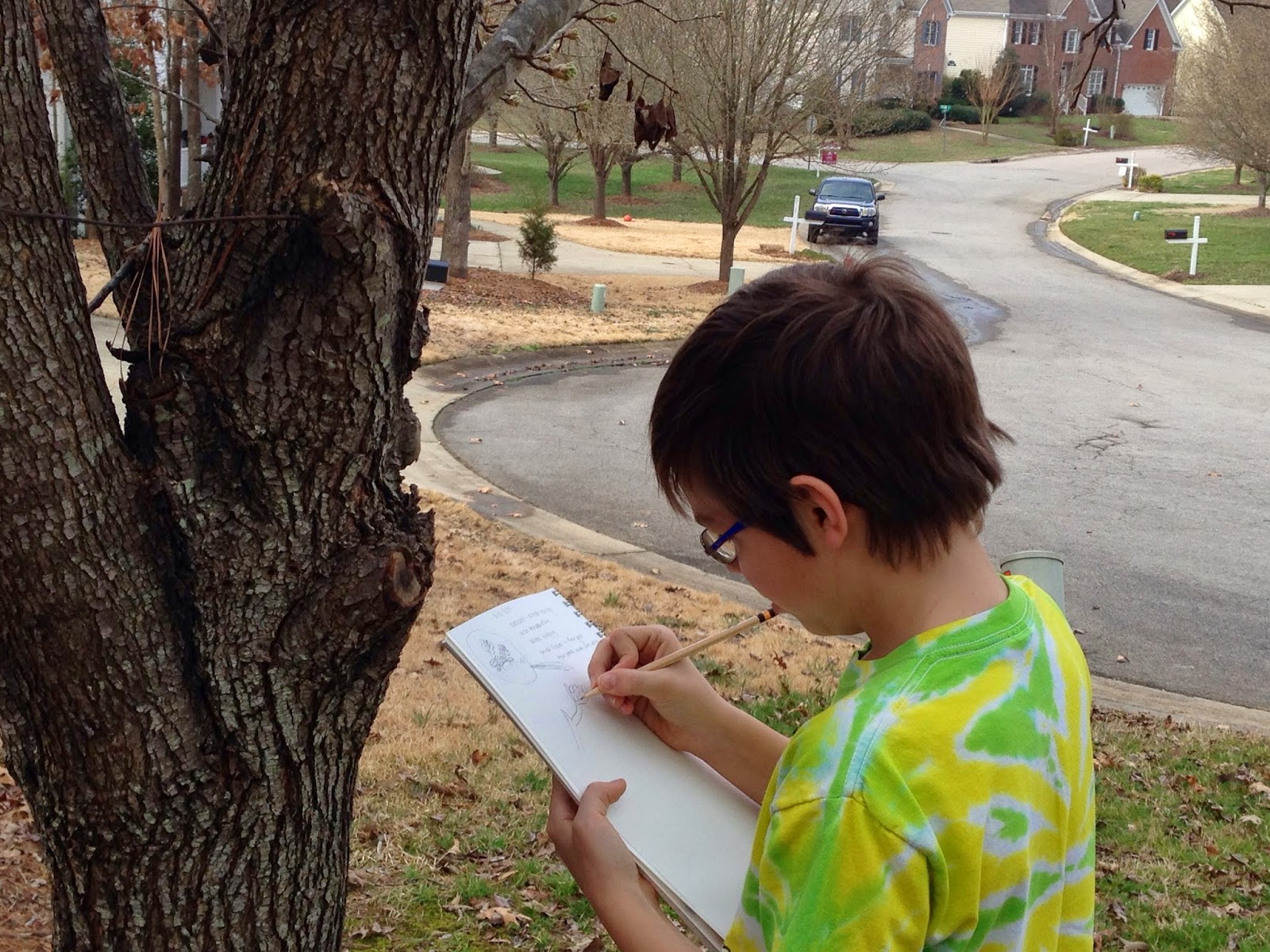 And some just hang out with their siblings. 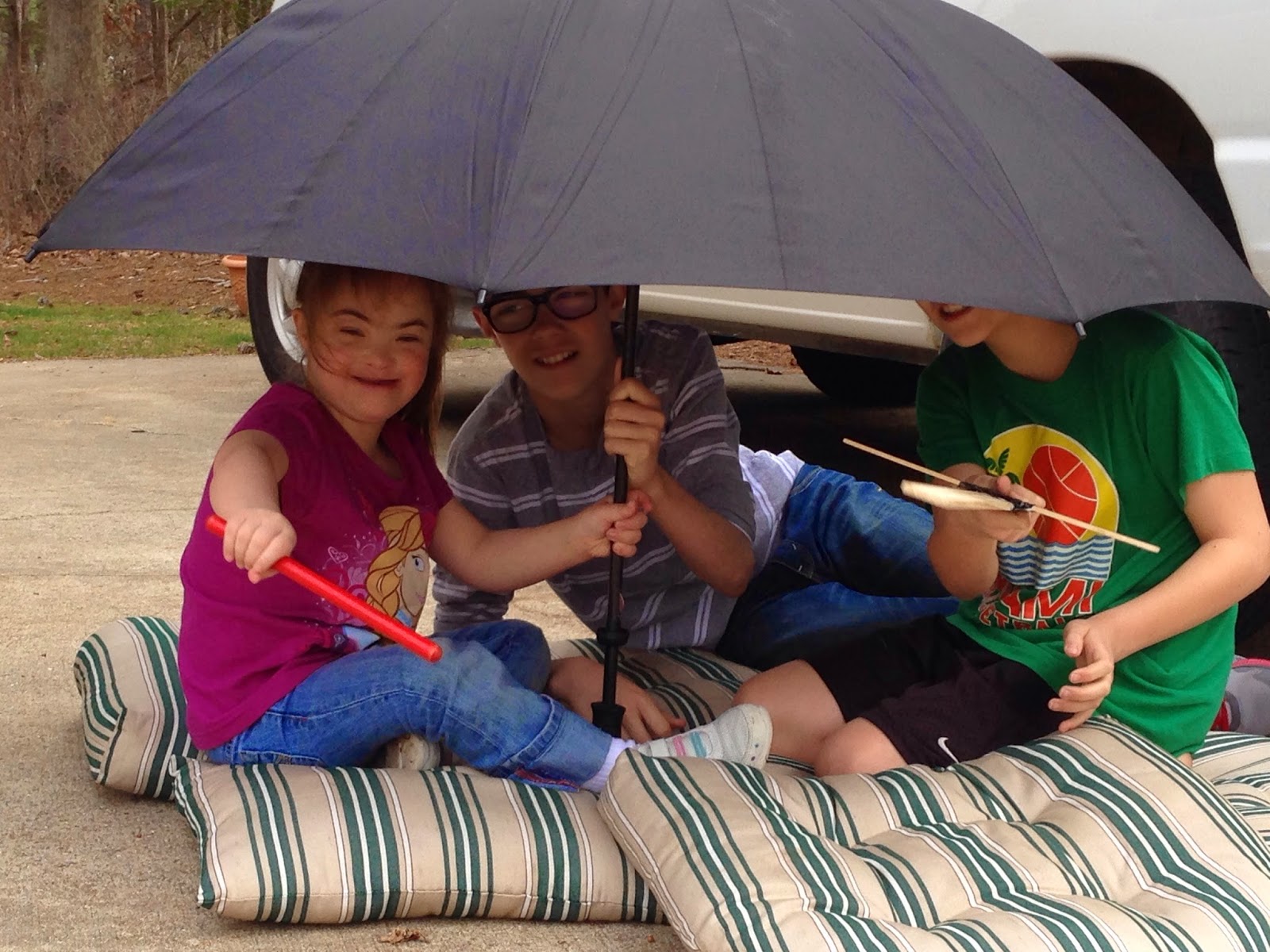 At the end of the month, Rebecca and I drove to SC with a dear friend to attend the Great Homeschool Convention.  Afterwards, some of us from the FIAR website staff hung around for a couple of days with Steve and Jane Lambert.  It was a time of  refreshment and encouragement. 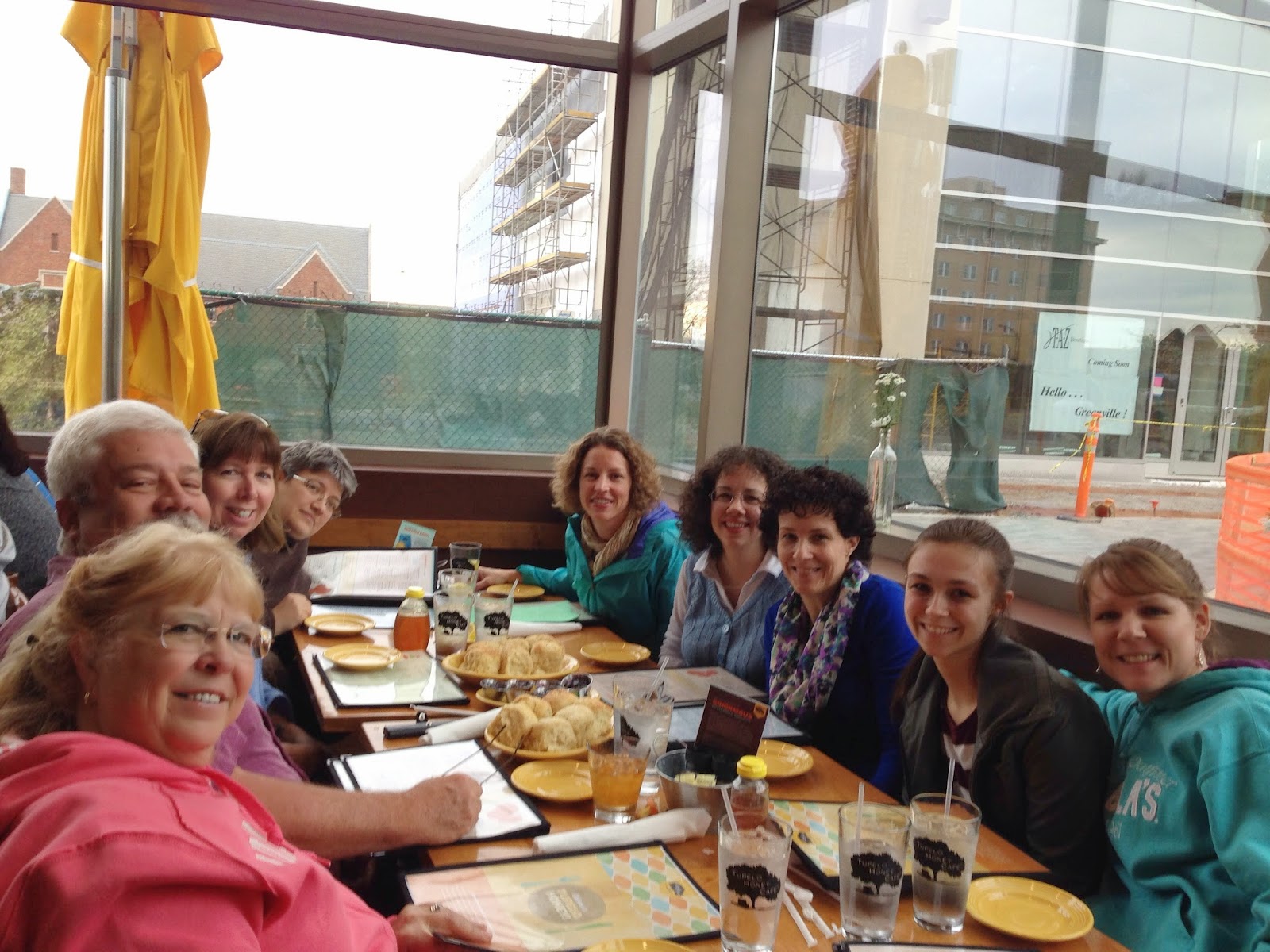 I'm thankful to see God's hand at work in building friendships that span many states.  We all met through the internet and it has been a blessing indeed. 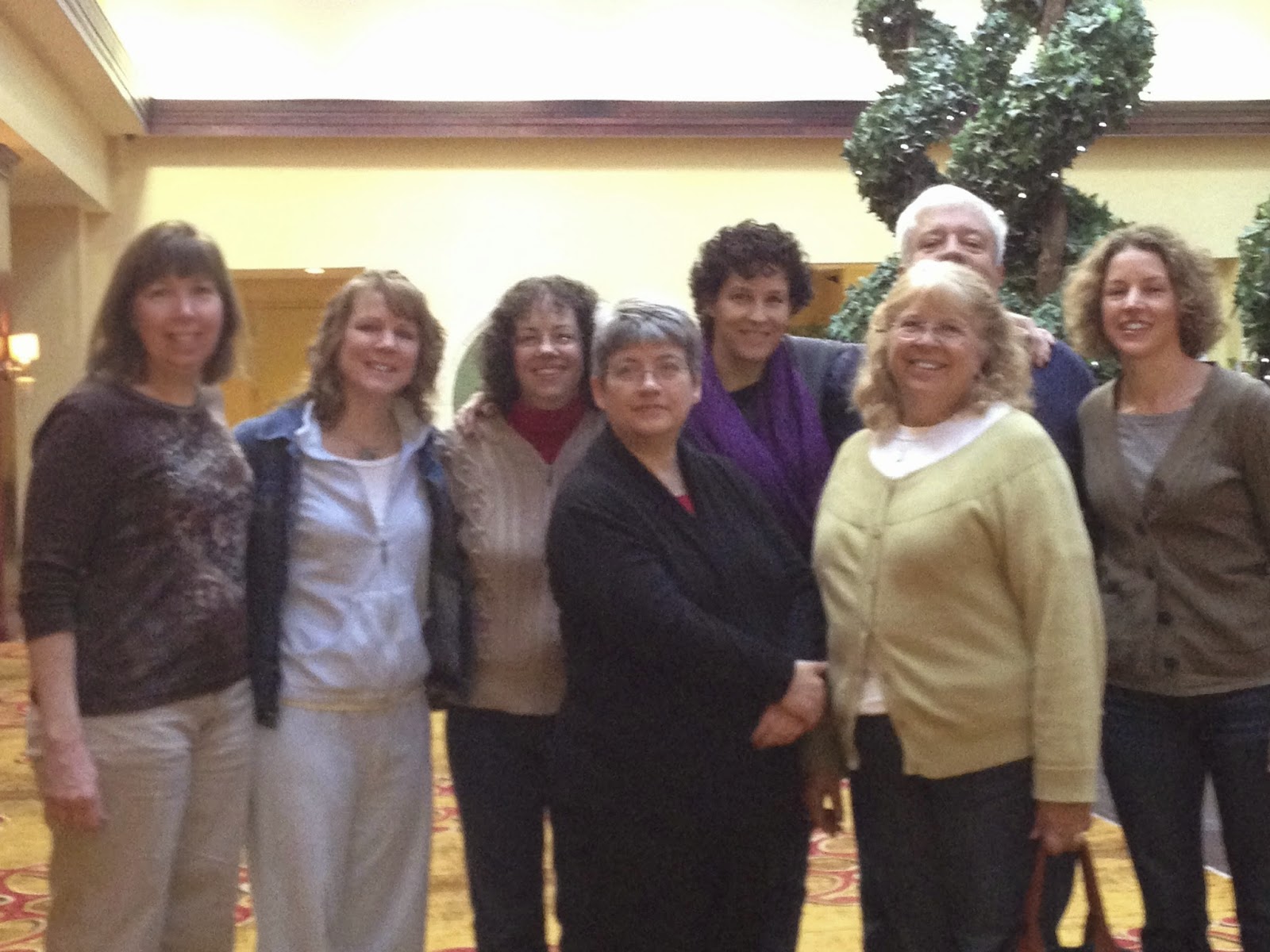 March was filled with laughter, love and adventure.  What more could I ask for?

More (hopefully tomorrow) on our next FIAR co-op... Albert.