I love this book!  Its one of my favorites and I have such sweet memories of this with ALL of my children.  :)  Its the story of a little girl going on a bus ride to town with her mom.  While there, she collects all sorts of things to put in her pocketbook to remember her day.  This was our last co-op of the year and we chose to meet at a park again as it was best suited to the activities that we planned.

We started with reading the story. 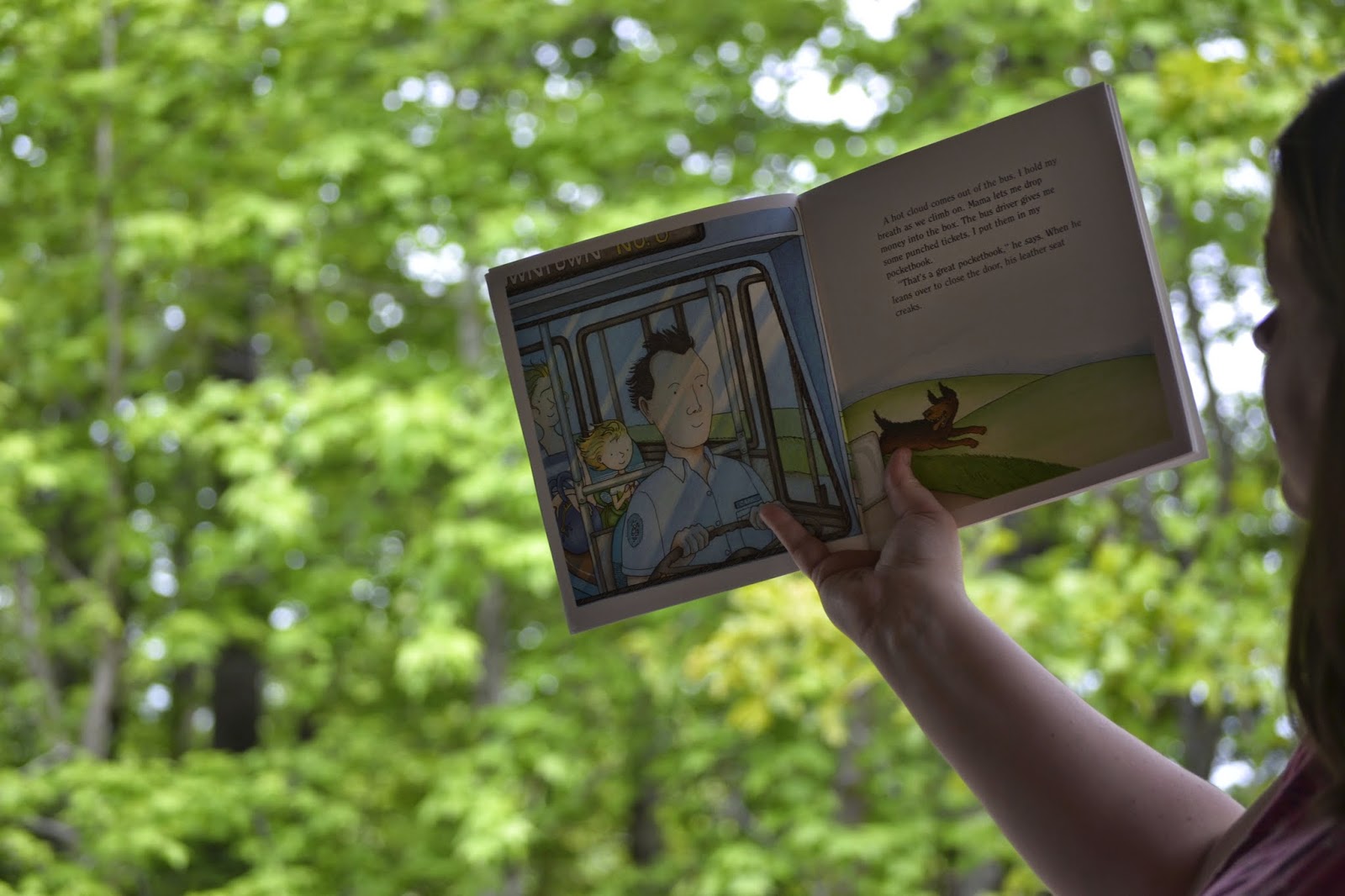 Our devotion was on the fruit of the Spirit. 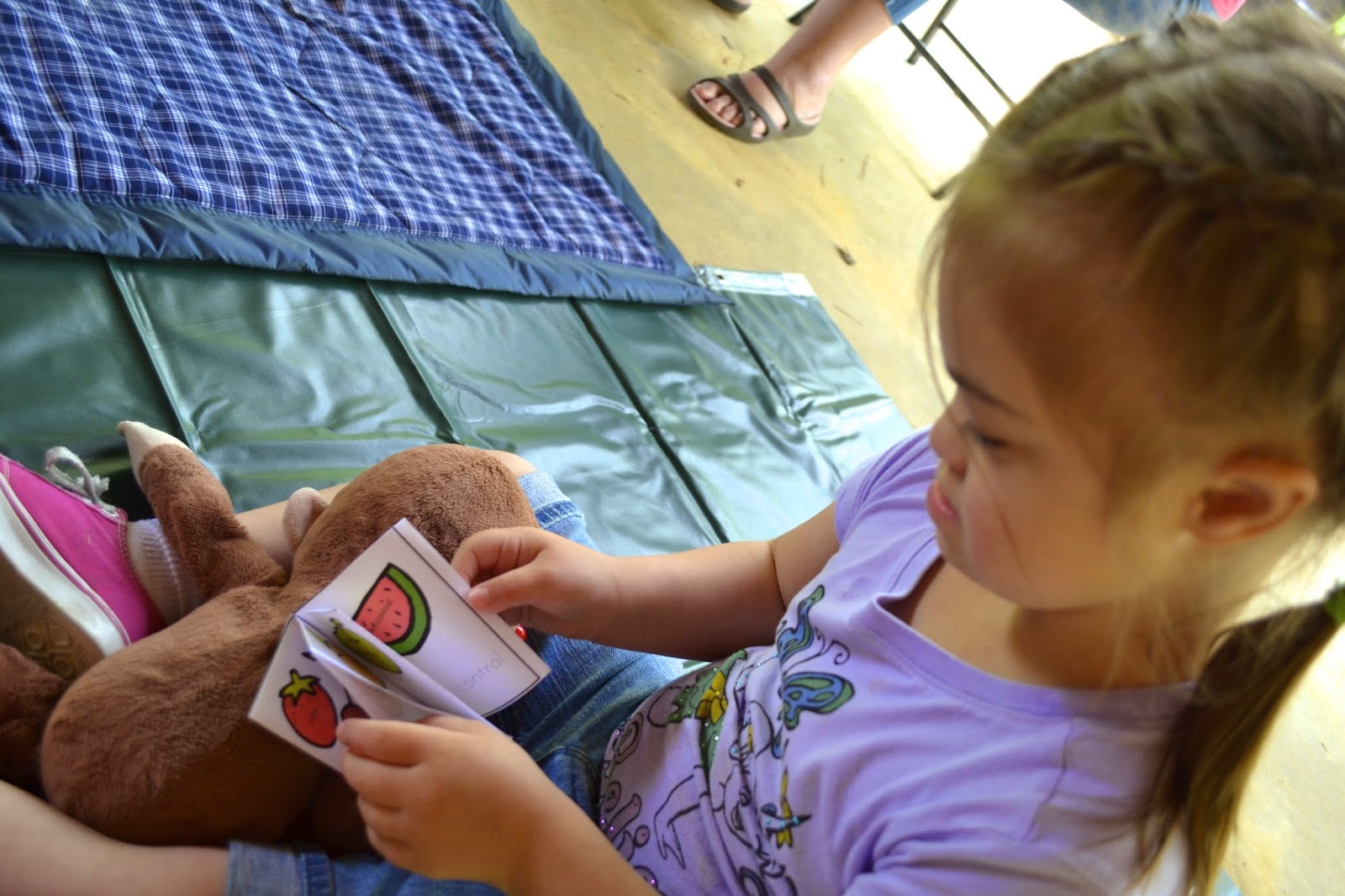 And next was a surprise.  I was so excited about this.  I made "pocketbooks" for the kids!  I made green tote bags for the boys and round pocketbooks for the girls.  Here is a better shot of the girl's pocketbooks.  I found these made of sturdy chipboard at a consignment sale and painted them green.  The tote bags were sewn. 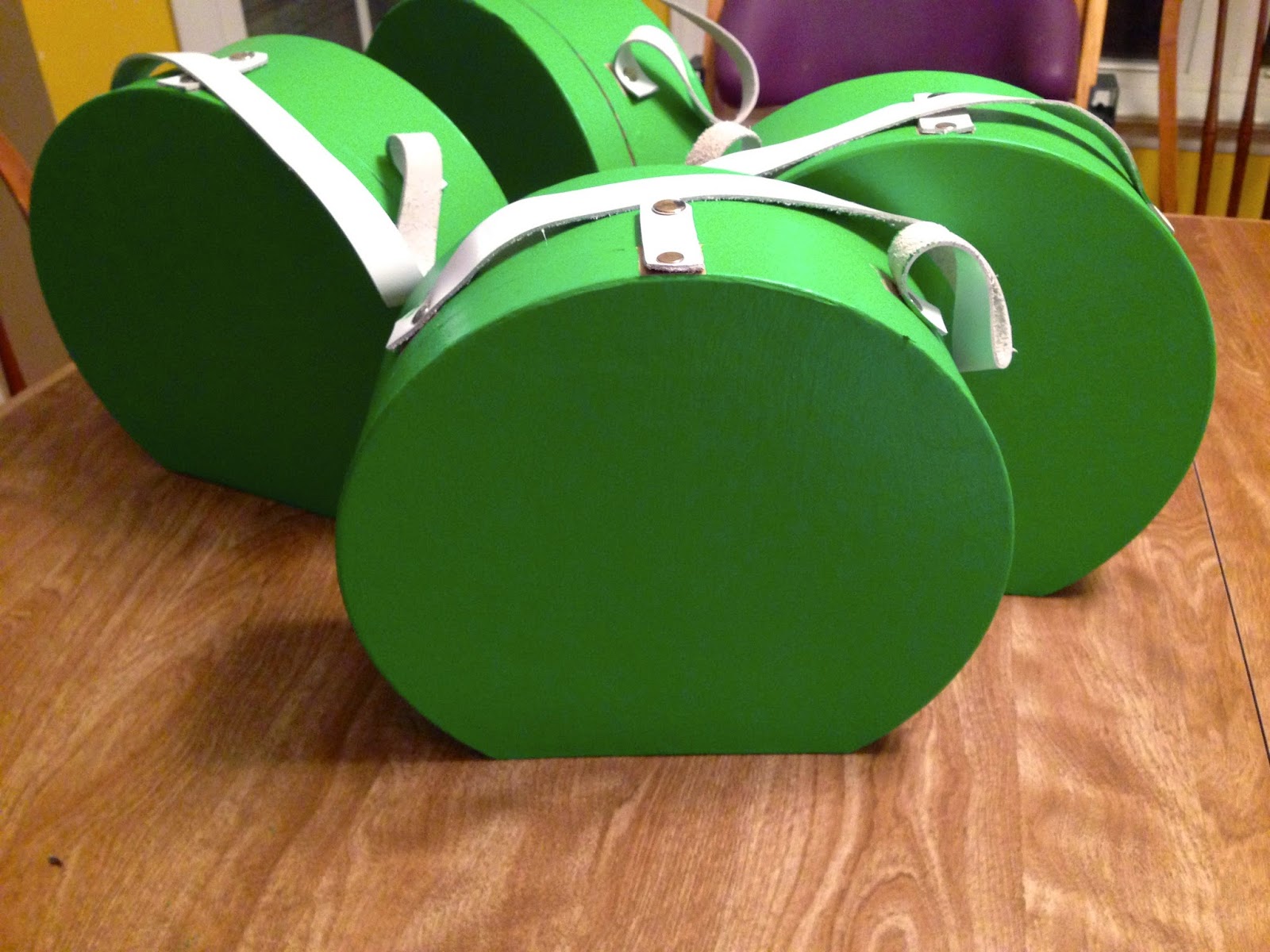 We started at at the "bus stop".  We decided to act out the story with all of the stops along the way. 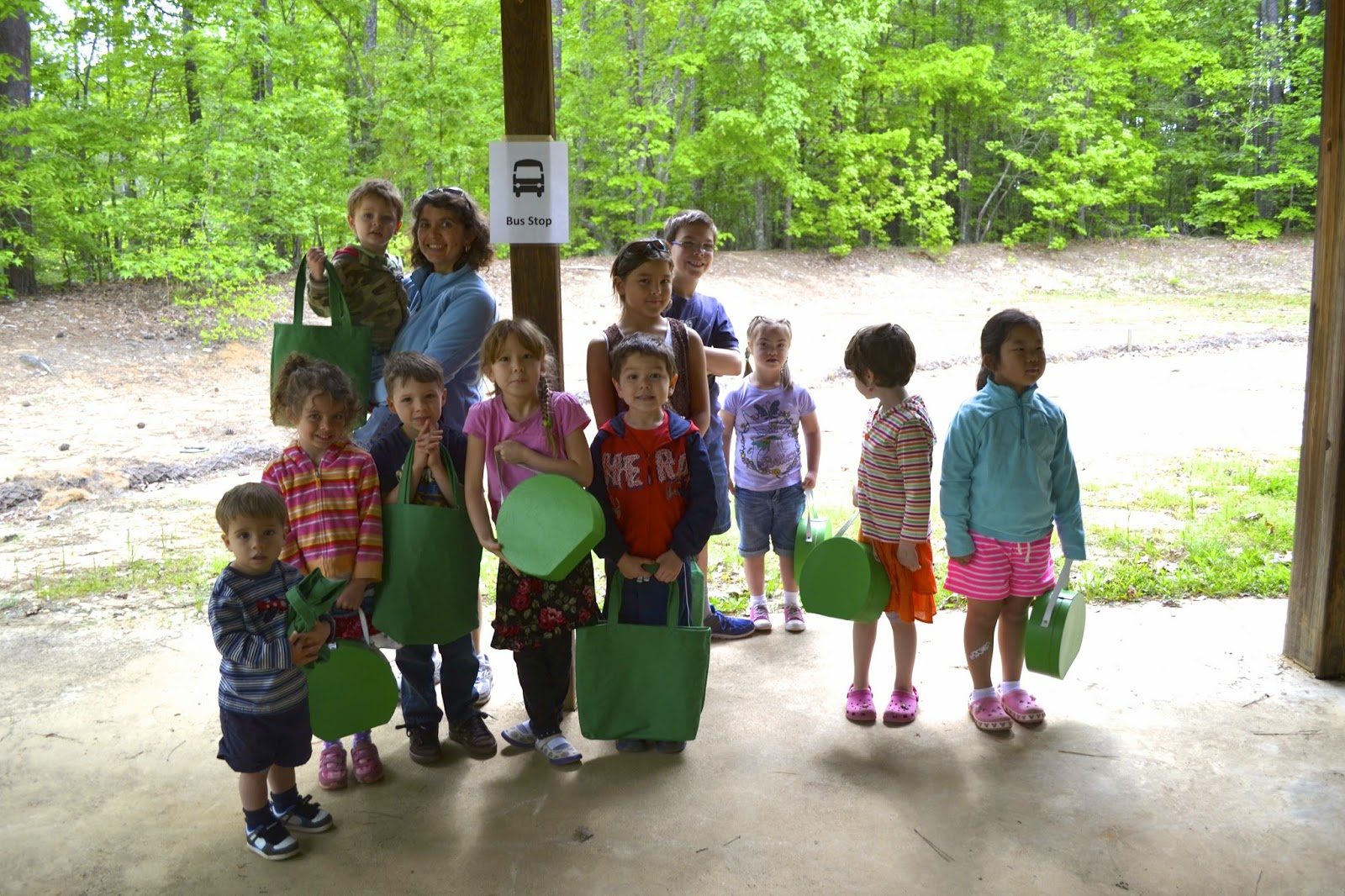 First they got in line to get their ticket. 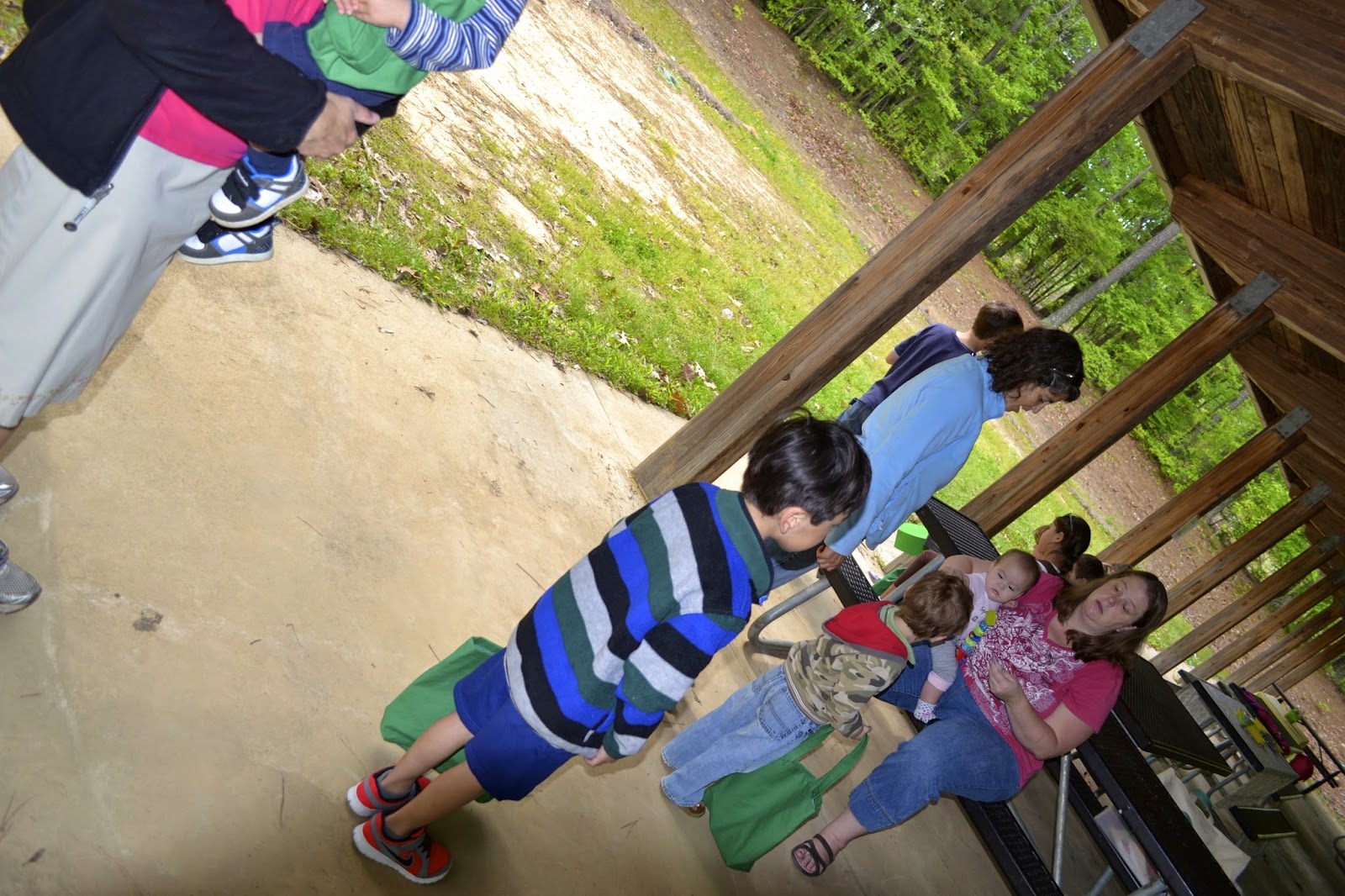 After riding, our first stop was the bank.  Here the kids played with a fun sensory bin looking for money. 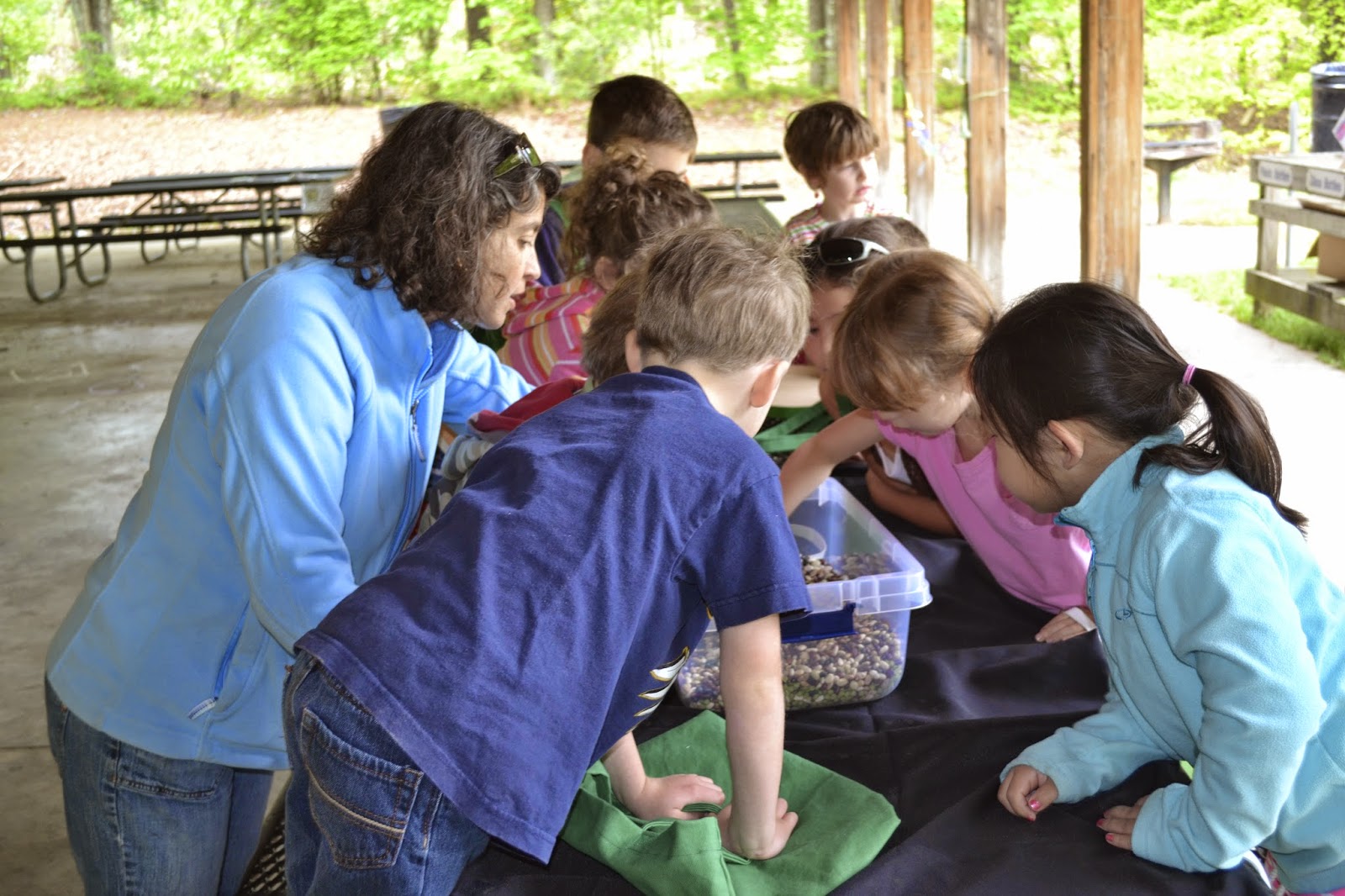 They were all excited to find money! 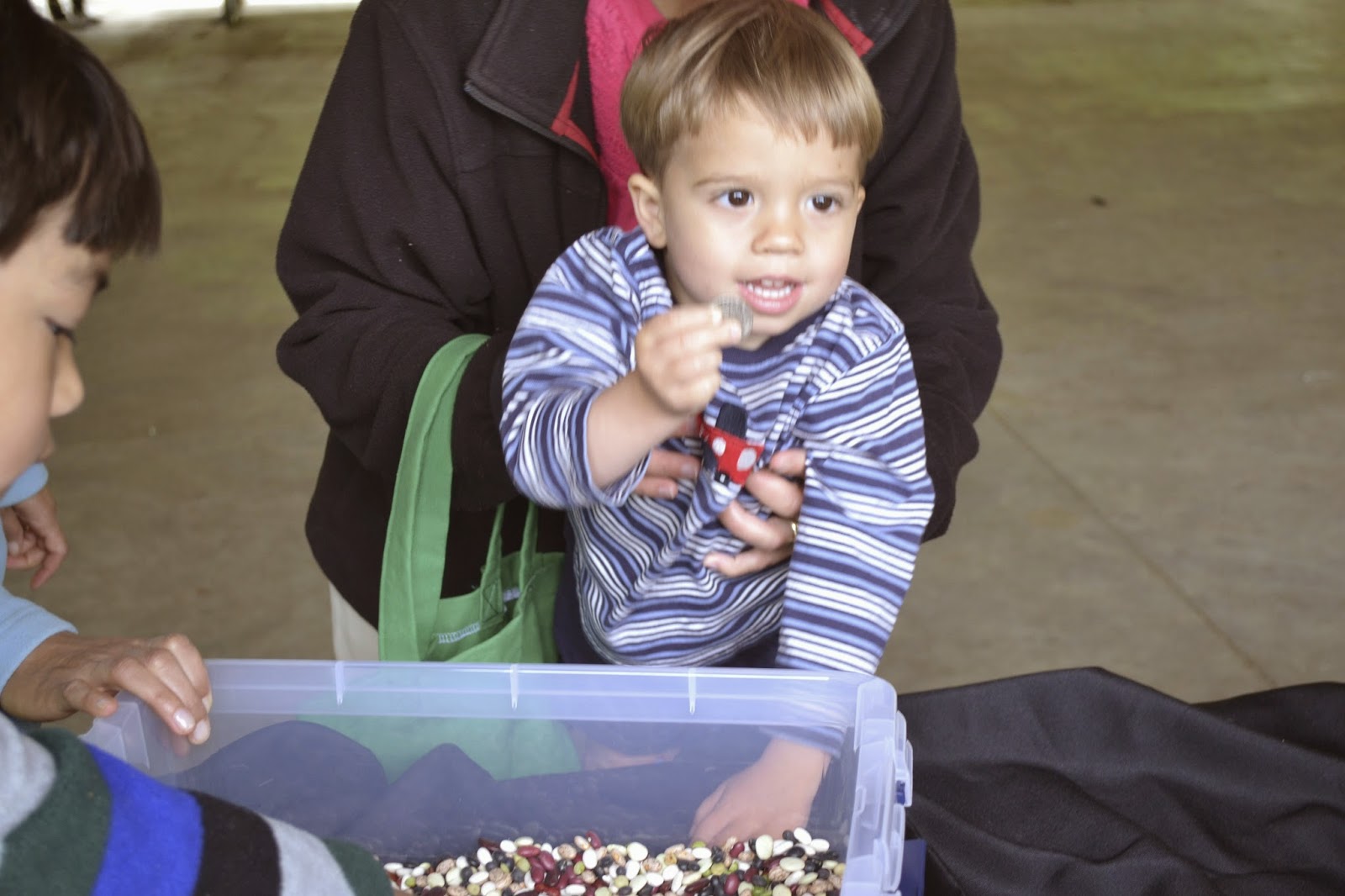 Of course they had to get 2 lollipops just like in the story.  One for now and one for later. 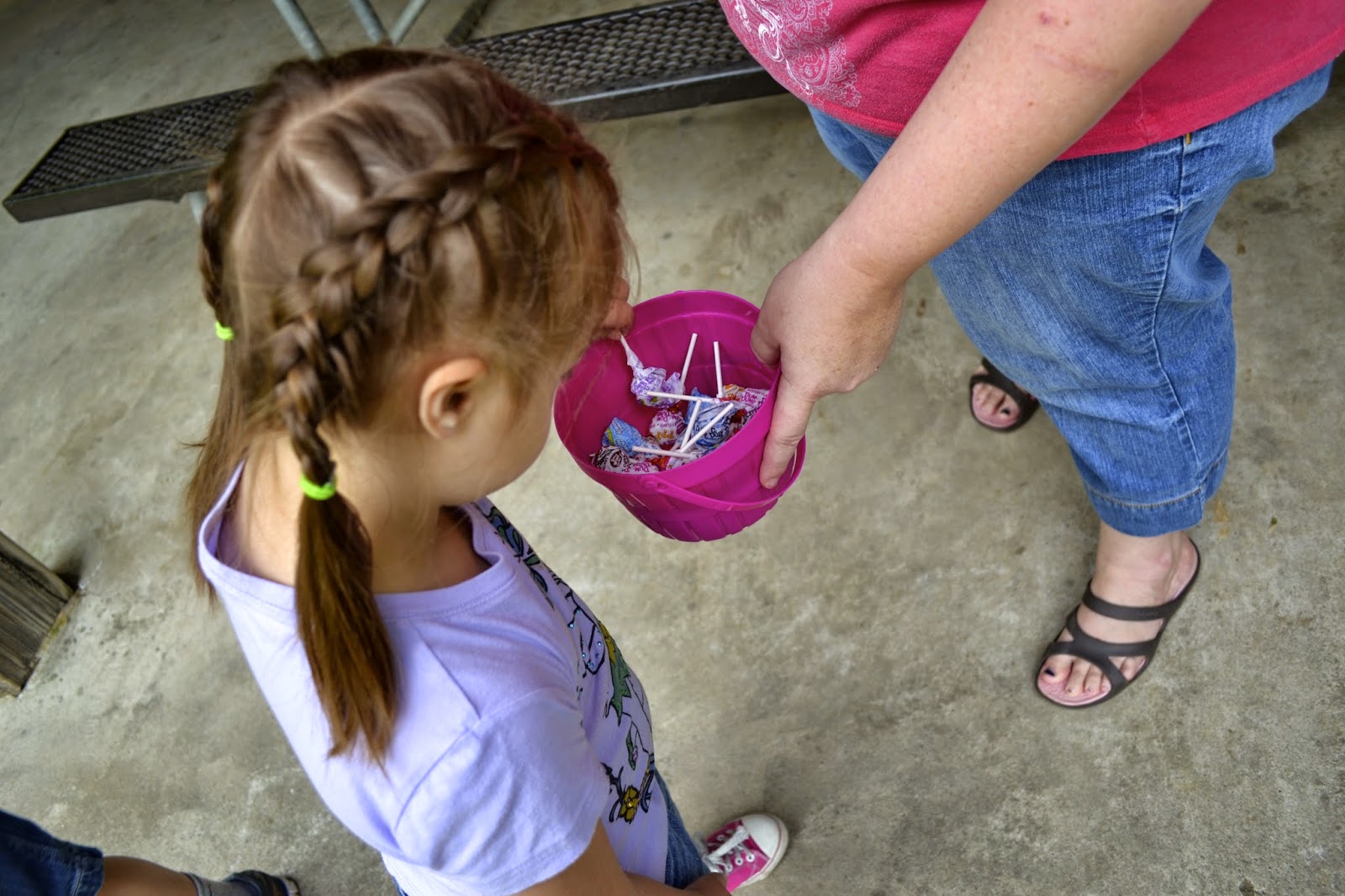 Next stop was the Insurance agency.  In the story, the little girl types her name on a typewriter in upper and lower case letters. 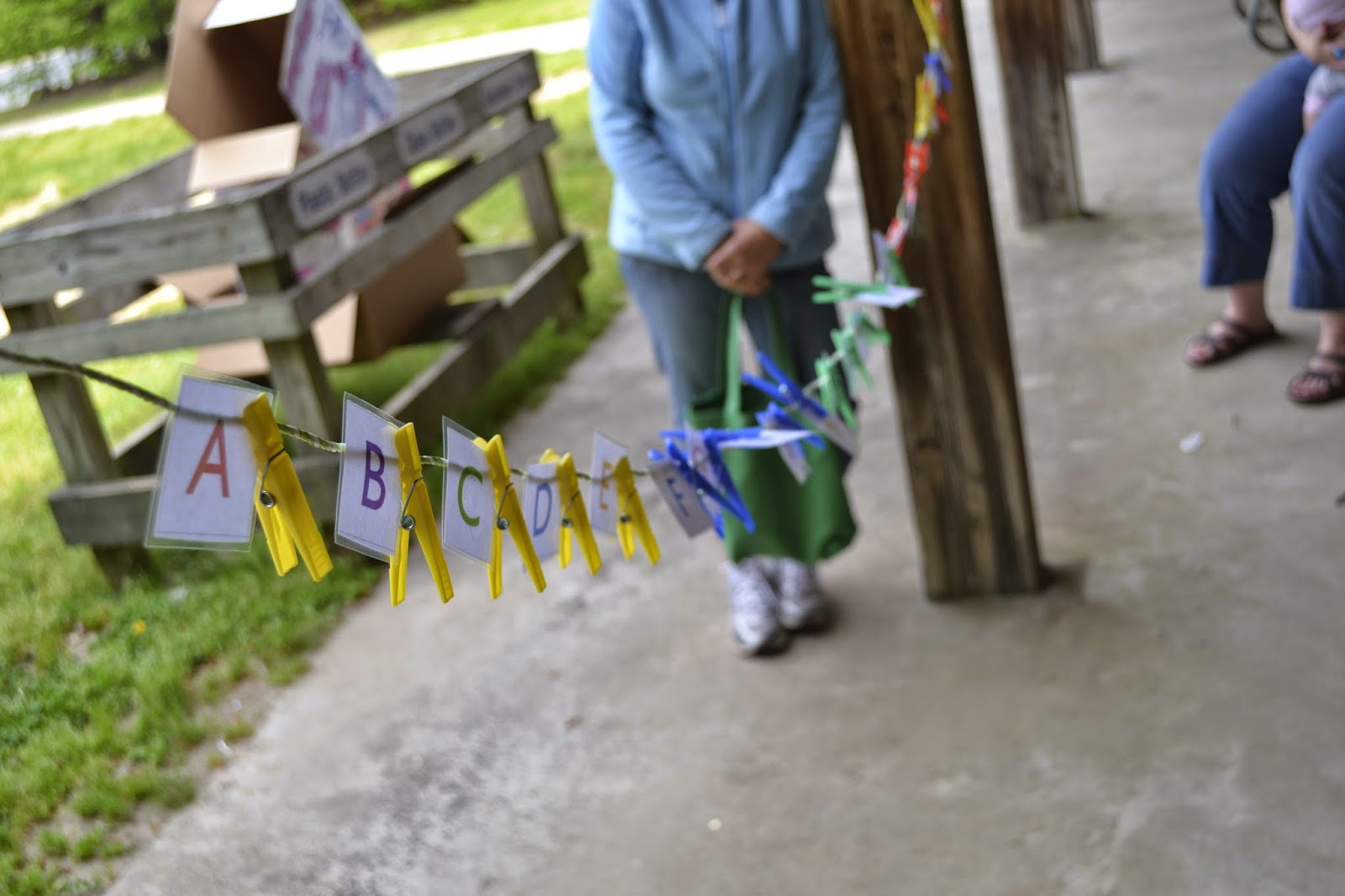 We played games with some letters.  Each child found the letter that started his/her name to put in their pocketbooks. 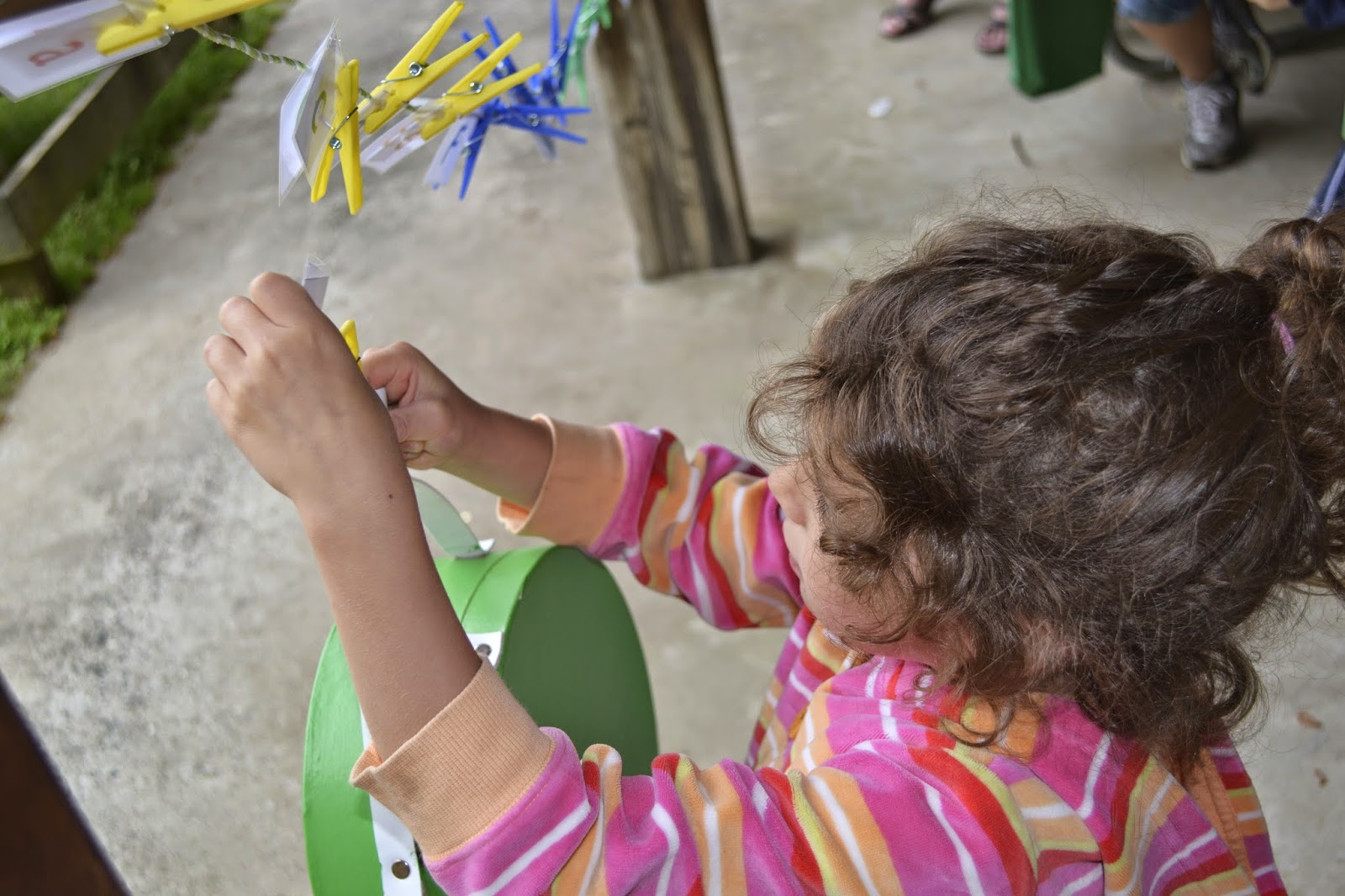 Next stop was the jewelry store.  Several activities here.  We first played a game with colors and shapes.  Each child was given 2 cards with a shape in a color. 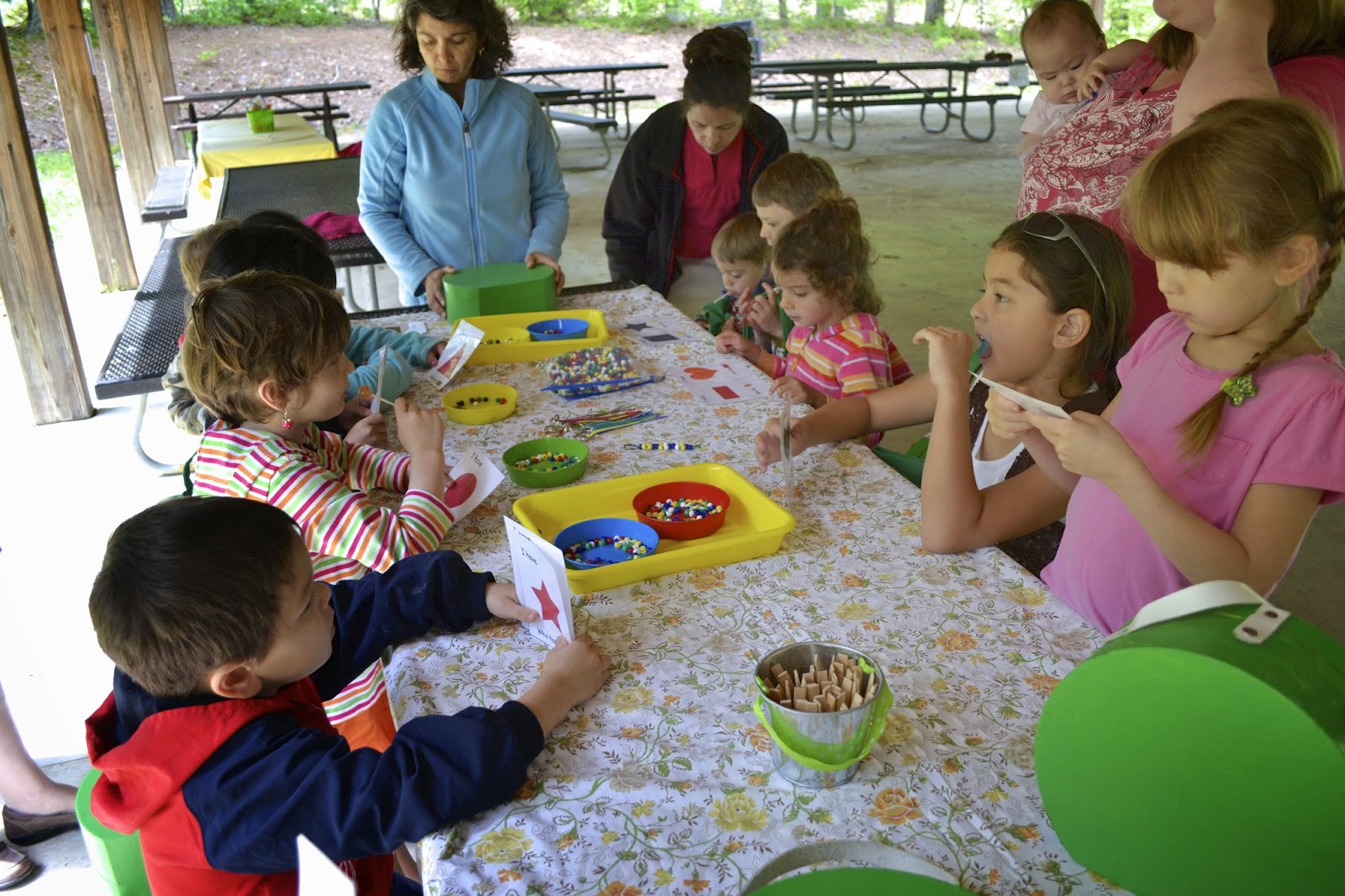 The child would state what they had and what they were looking for.  Example, I have an orange diamond.  Who has a black square?  This was a lot of fun. 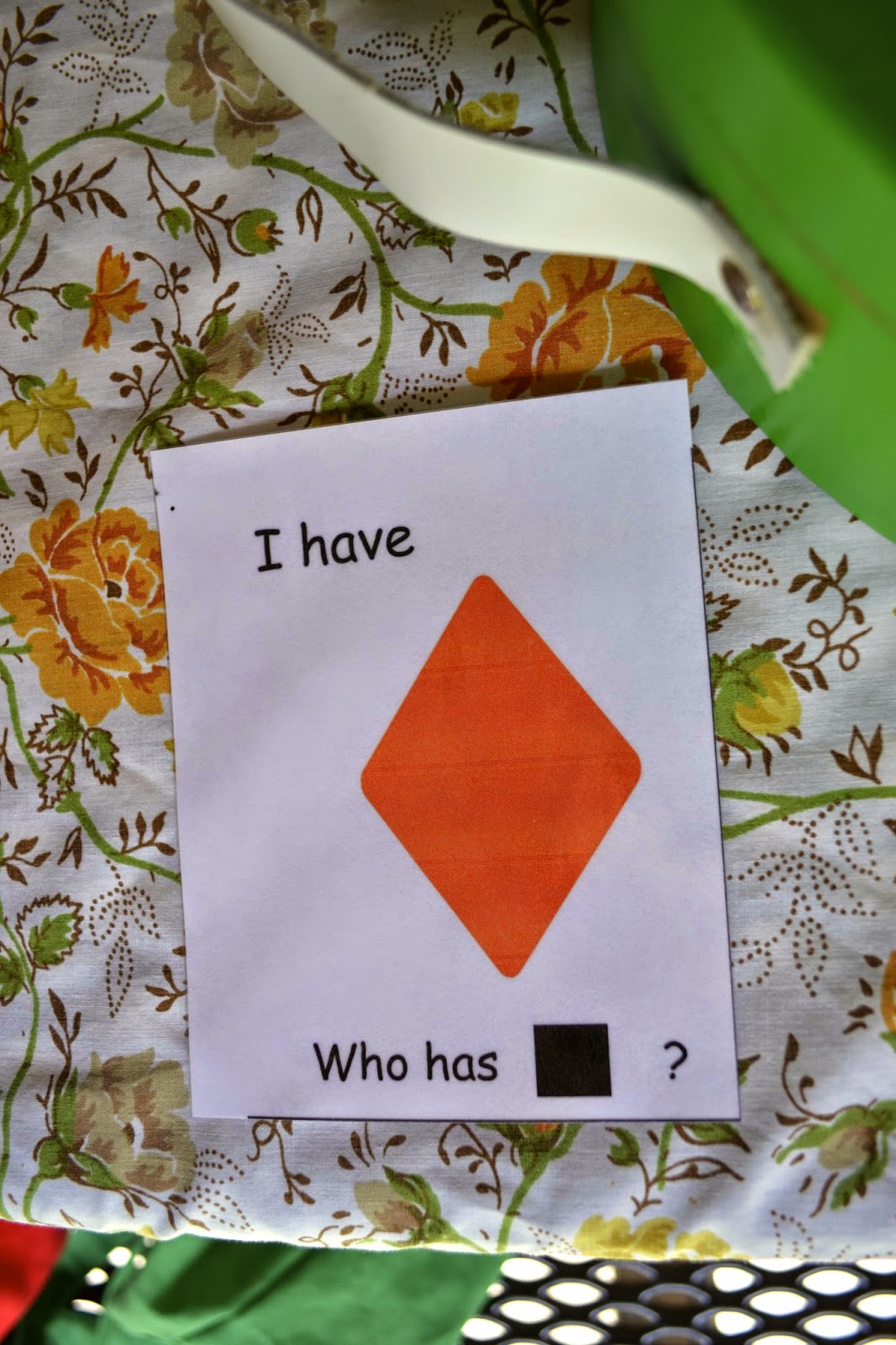 Next they made a keychain (the girl in the story is given one) from beads and stretchy lanyards. 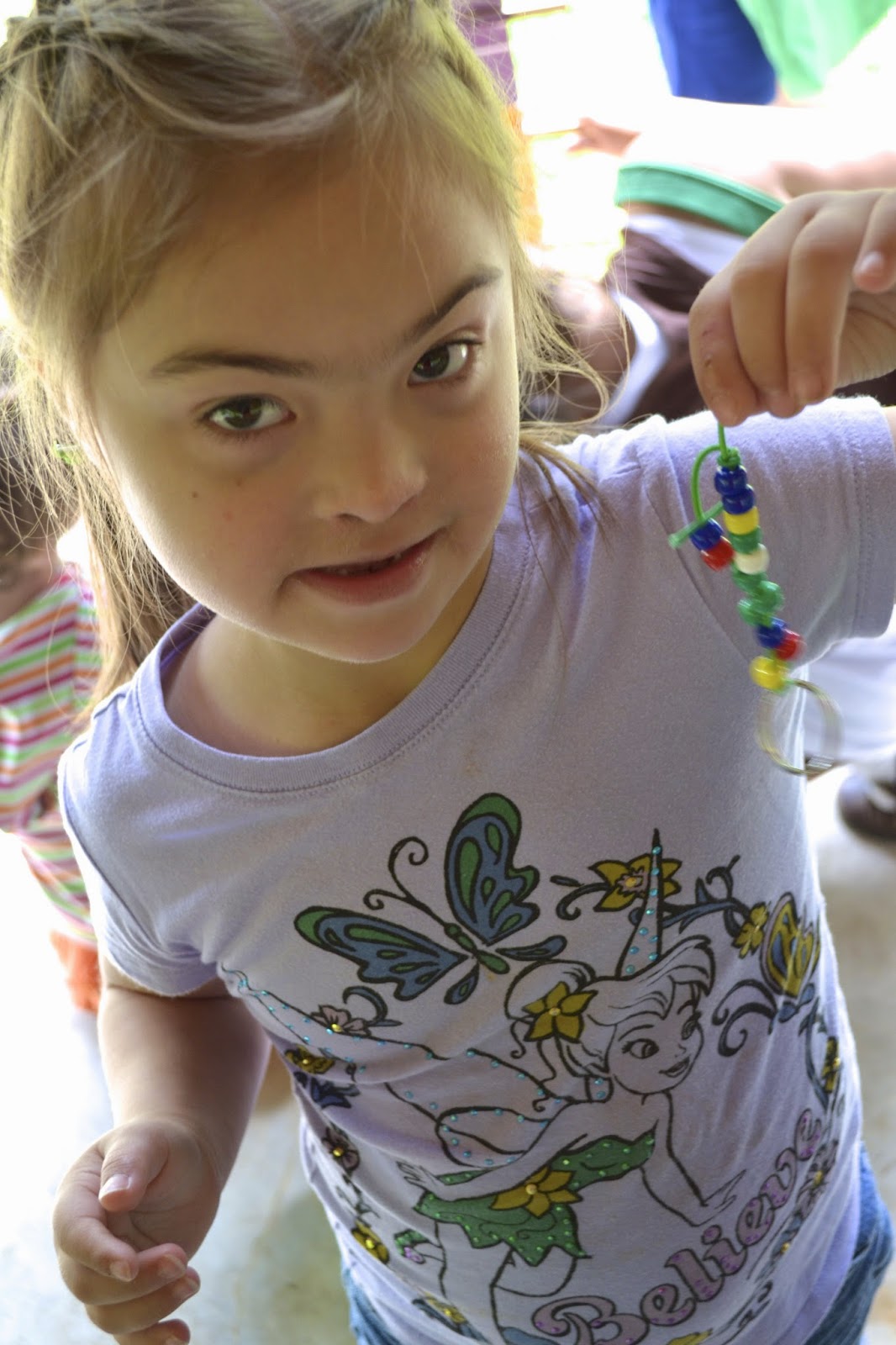 If you finished, there was time to play a color matching game.  Isn't this a great way to do it? 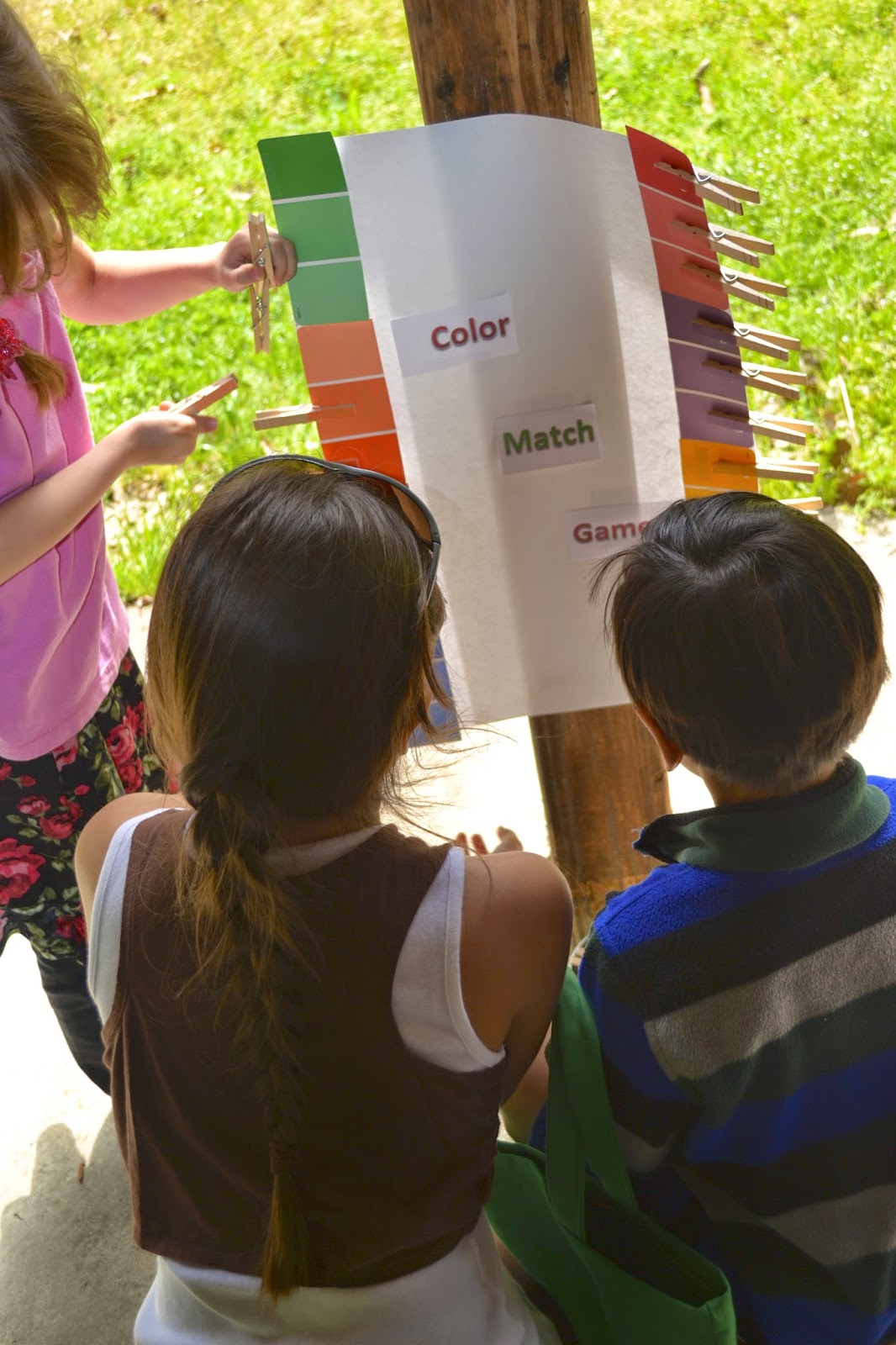 For a treat they were given gummy rings.  Yum. 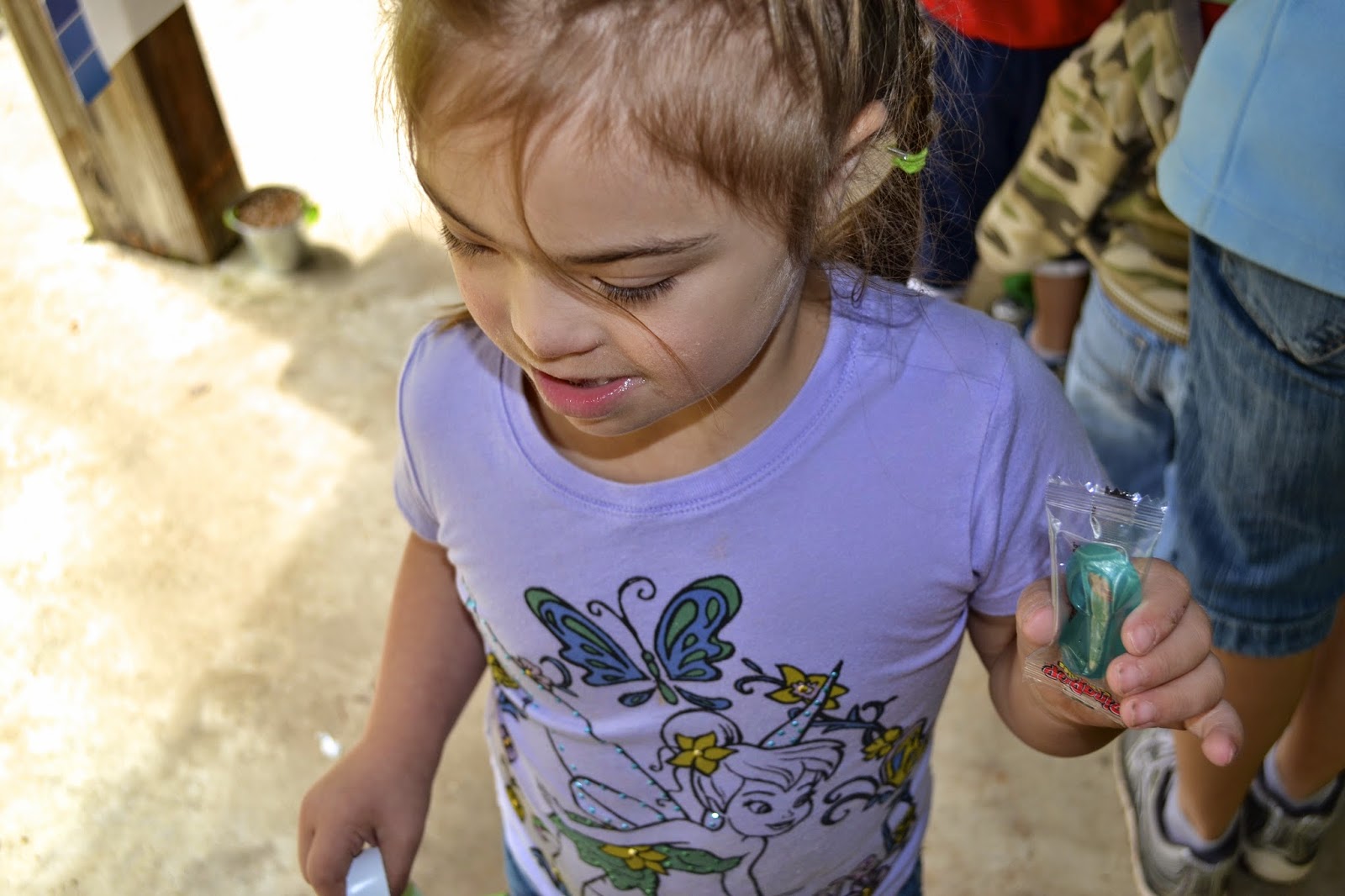 Next stop is the dry cleaners.  In the book, the little girl is given a small calendar.  Our kids get one of those too and play a game with numbers.  We had chalk  numbers (several of each from 1-10) drawn on the ground and then the kids were asked questions varying from favorite number to age to addition problems.  It is a simple, active game. 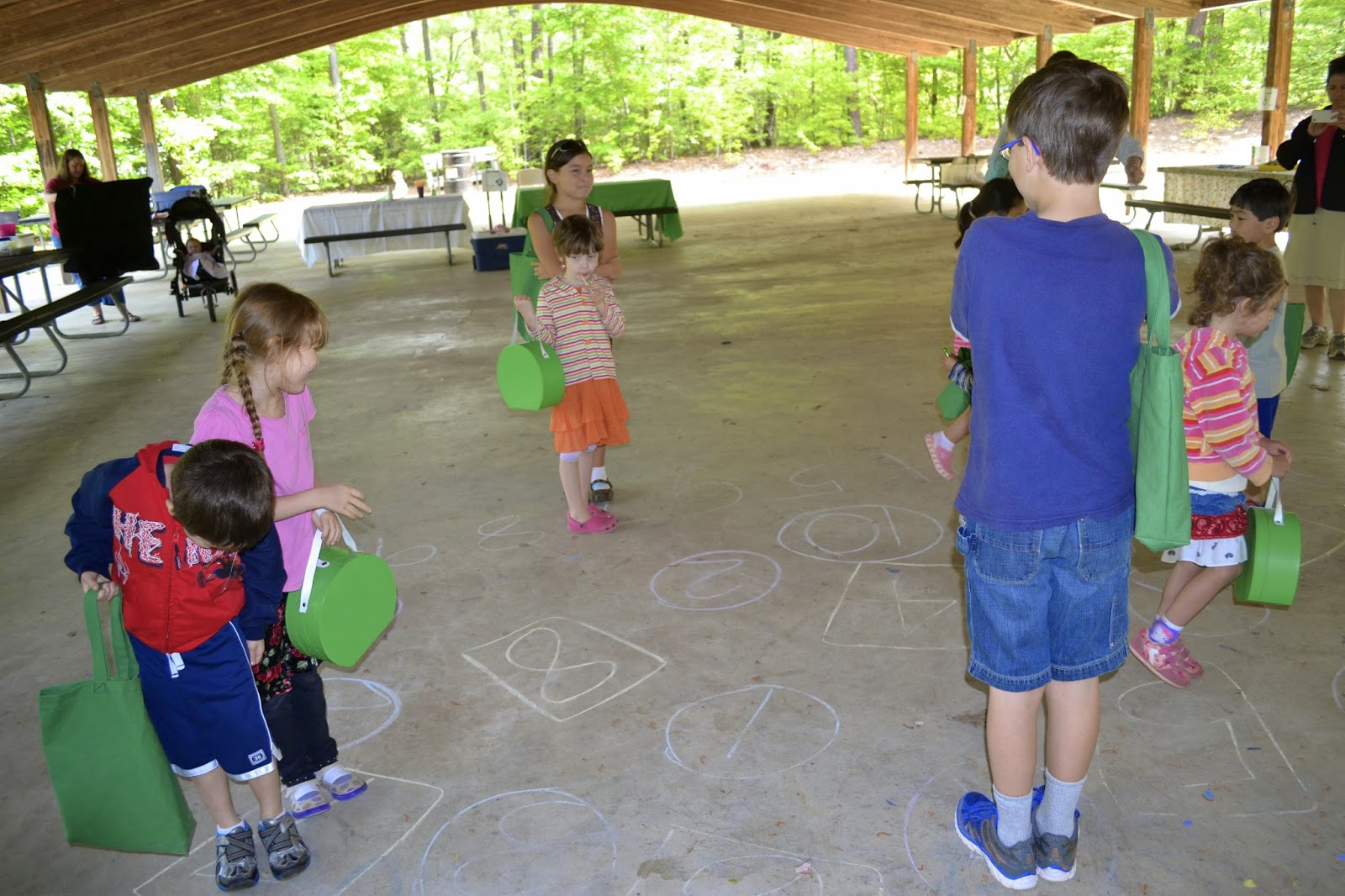 We next visited the five-and-ten store.  In the book, the girl and her mom buy fabric, sewing needles and a sack of gumdrops shaped like orange slices.  While at this stop, the kids were each given the first initial and then had their choice of colors in which to sew their letter.  I was amazed at how well Eliana stayed with this activity.  And yes, there were orange slices. 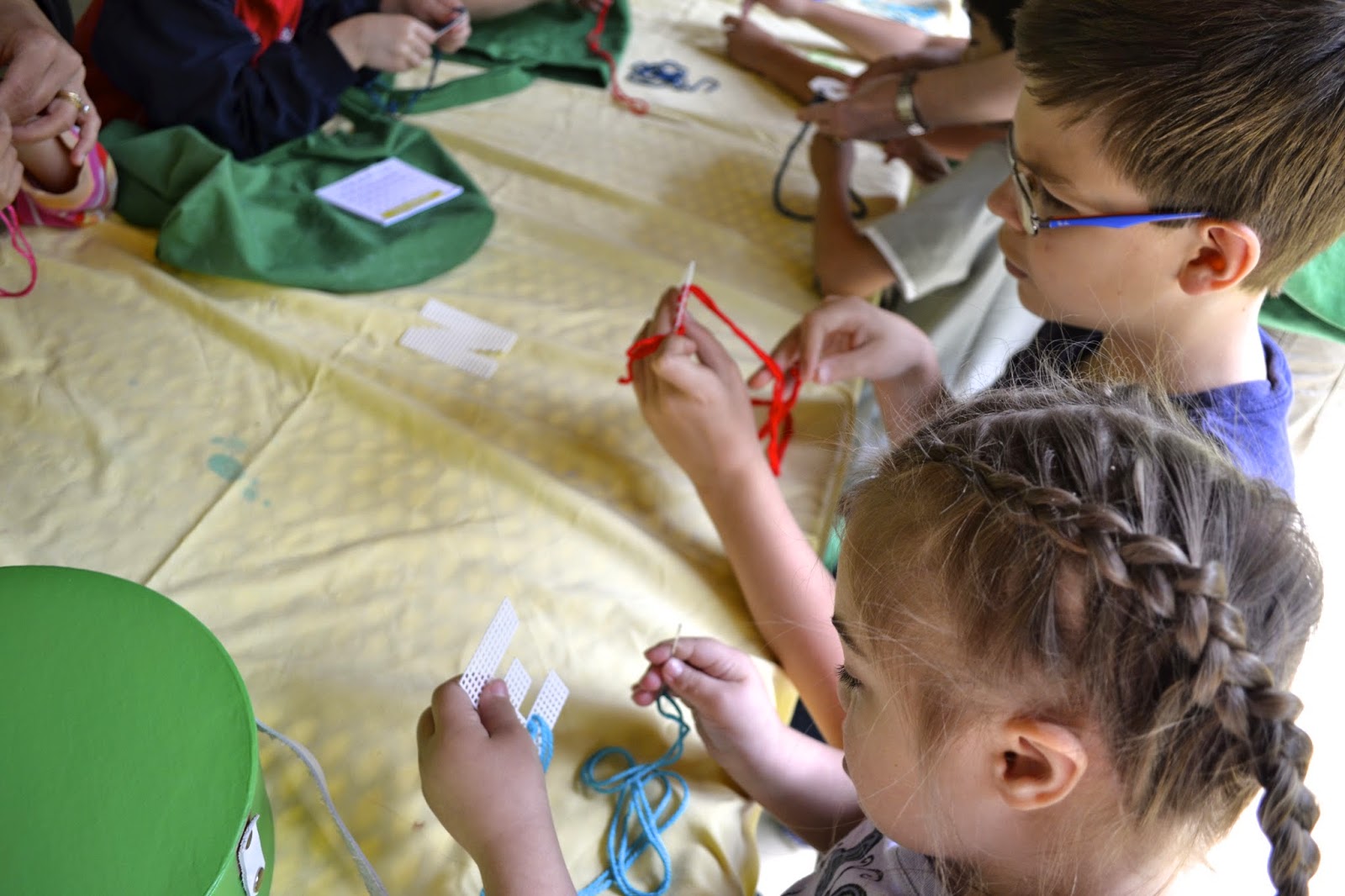 Eliana loves seeing all of the goodies that she has collected in her pocketbook! 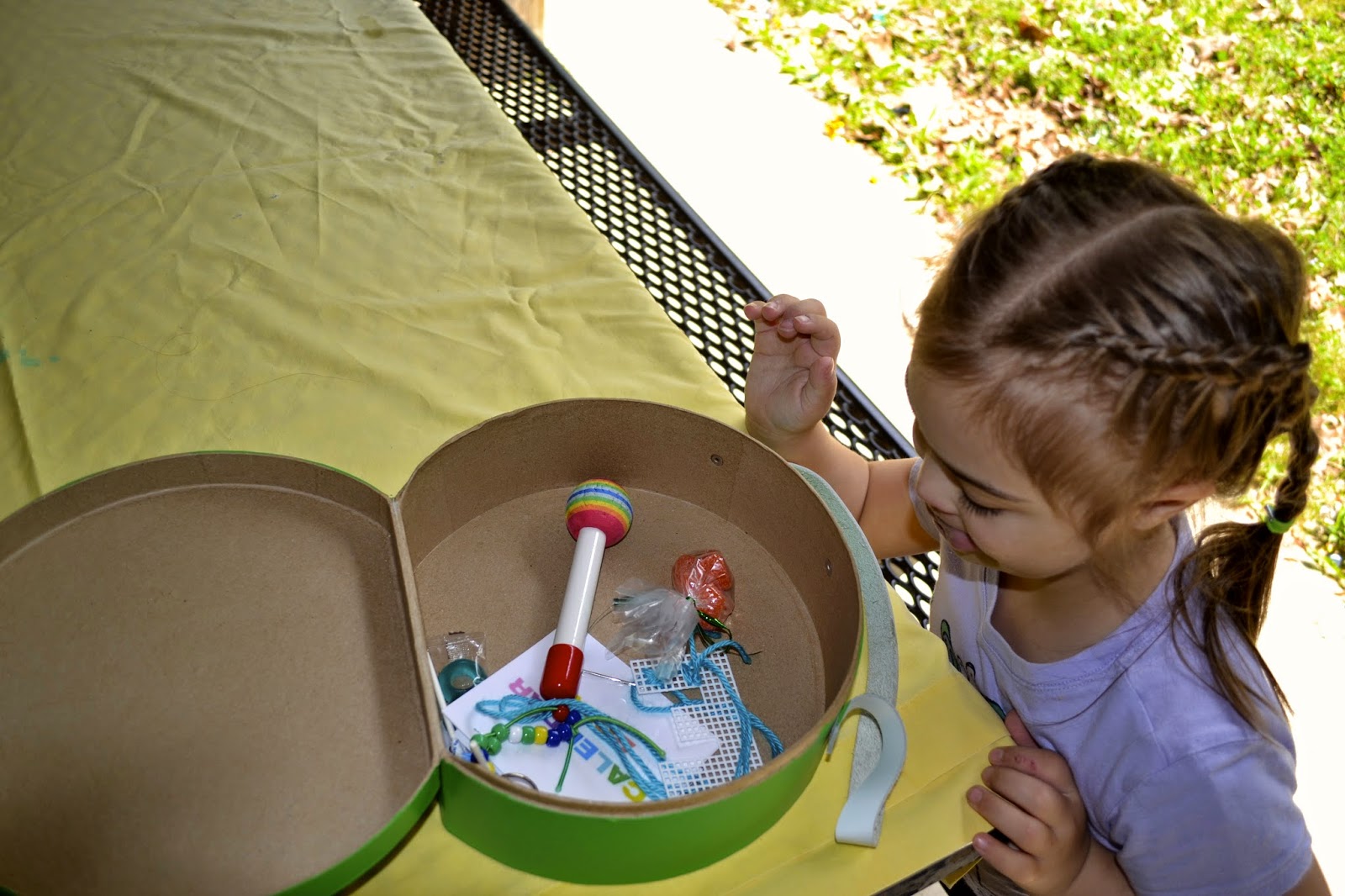 Our last stop is the drugstore.  In the book, they have ice cream at the soda counter.  We thought this was a fabulous end to the morning! 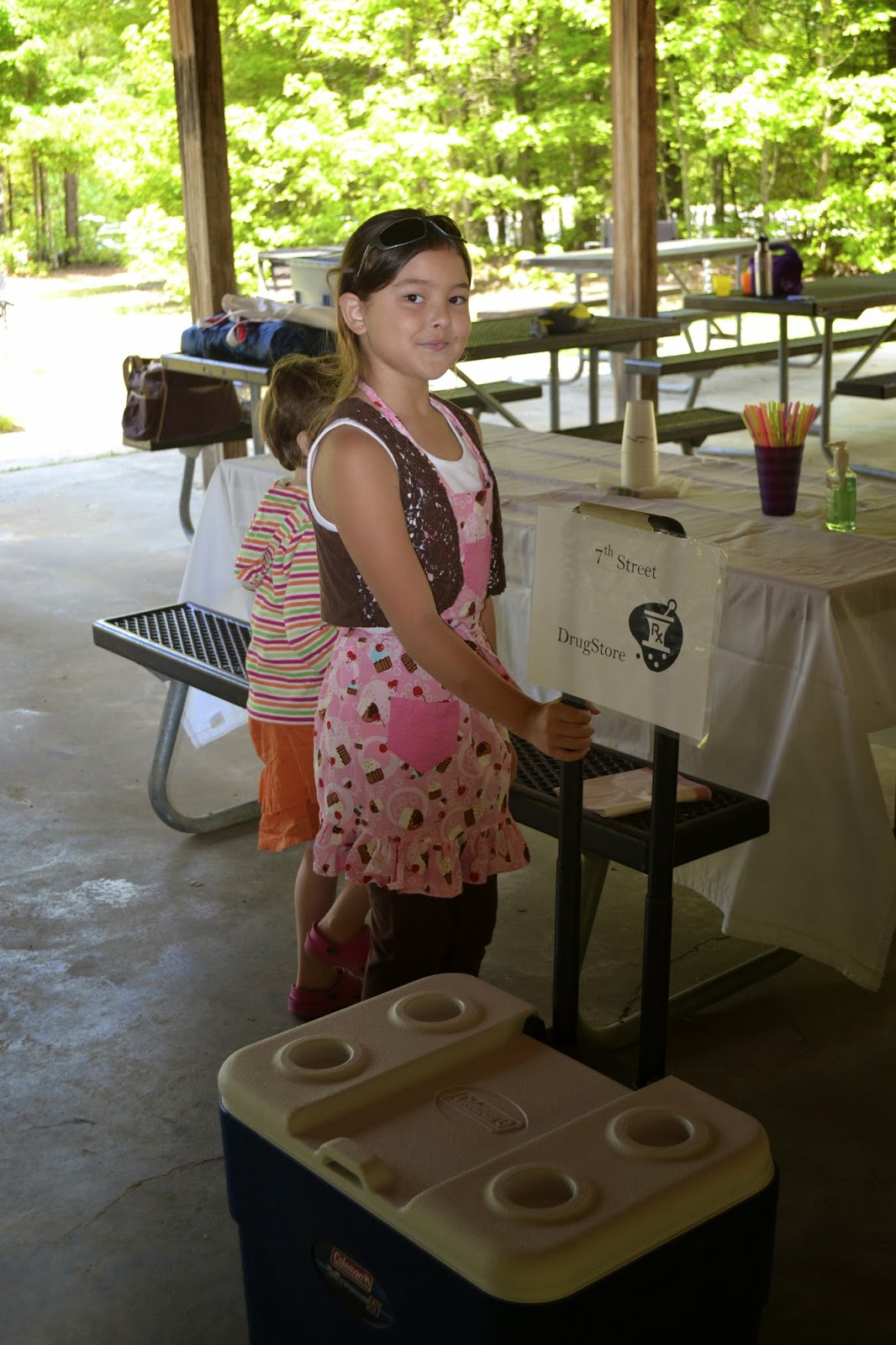 The kids were pretty excited about having ice cream too! 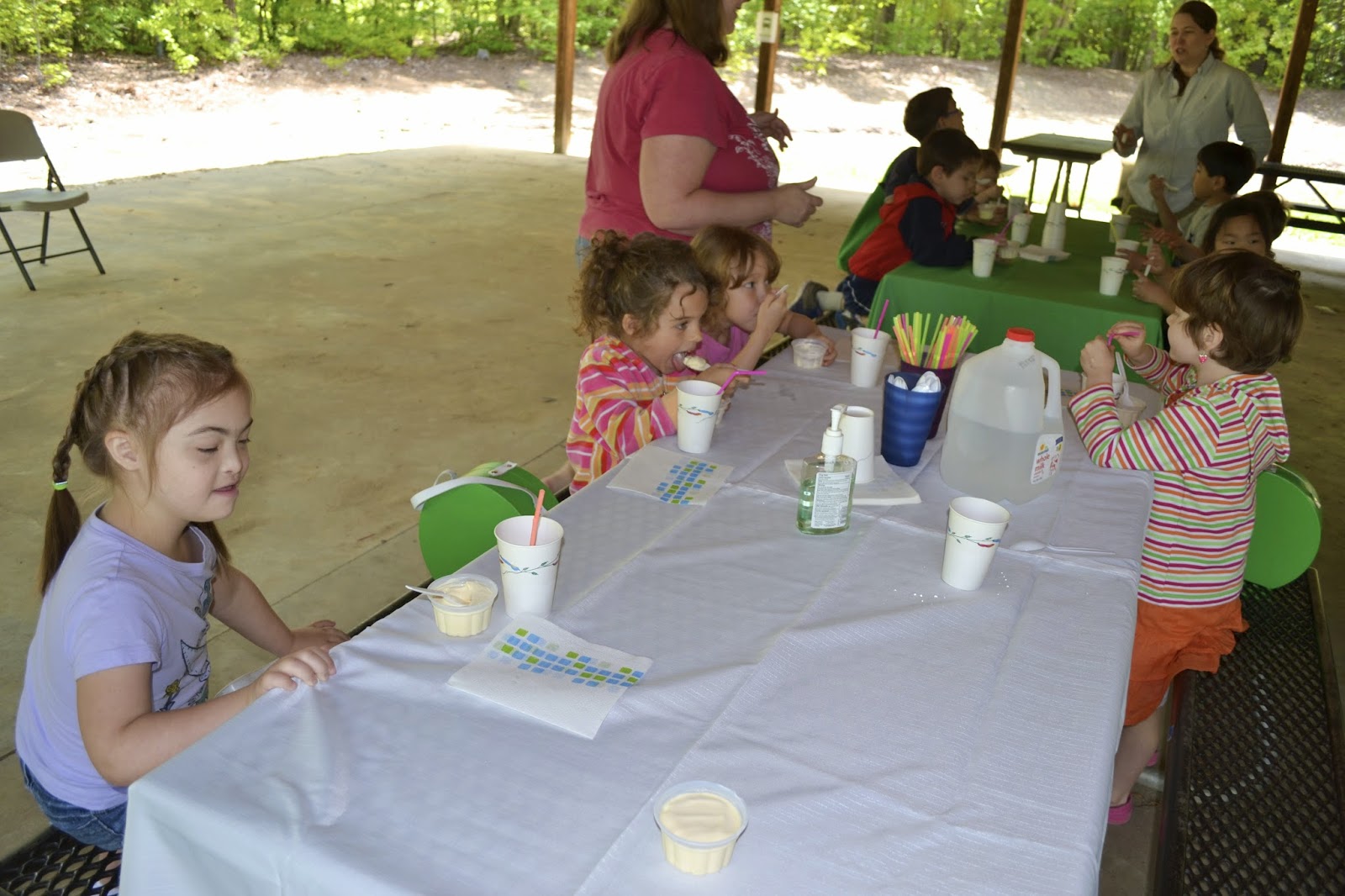 What a delightful time we had together.  More fun memories - and we are not quite finished with this book.  A field trip is coming up in the next post.  Bet you can guess what that is!

Blessings
Leslie
Posted by Leslie at 1:06 AM 4 comments: Links to this post