We had an awesome field trip today.  Even though I'm behind in posting about other field trips, I'm going to go ahead and jump in and do a current one.  LOL

We hosted our field trip at our church.  We arrived early to help show people where to park and enter the building.  The boys were directing traffic when they met a friend who gave them a fun ride around the parking lot.  :-) 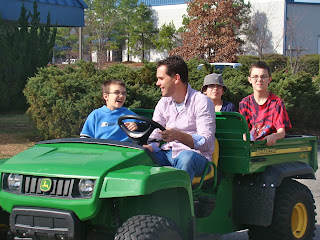 The girls helping out. 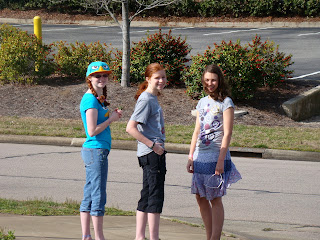 We hosted Dan Breeding for our field trip.  He has a ministry called Creatures of Creation.  Check out the website.  His show is fabulous!!!  If you are at all interested in a program like this for any type of group, he does travel.  And did I mention it was great?! 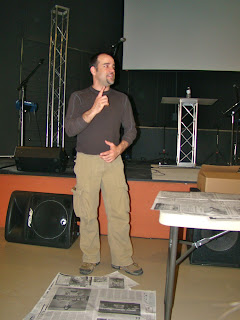 Dan presents a variety of animals and tells about the animals and also talks about God and creation.  He brought 4 animals to share with us today.  Many of his animals are ones that have been rescued.  The first was a monitor lizard.  This was a huge lizard! 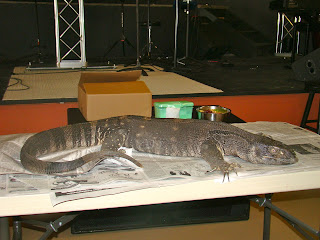 And can you see his tongue? 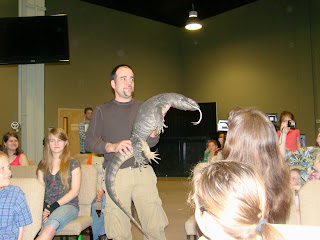 And the claws?  He said that the tail on this creature is also very sharp and can cause deep wounds.  He did stress that these are animals that are intended to be wild, but because they have been raised in captivity, this is a safer place for them now. 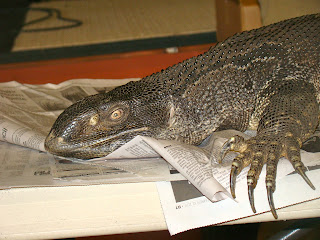 The second animal he showed us was the one that he said was the grossest or was it smelliest of animals.  He even prepared the room before he brought him in by spraying lysol spray all over the room.  Did you guess what it was before you saw the picture?

I perhaps needed more spacing between the words and photos? 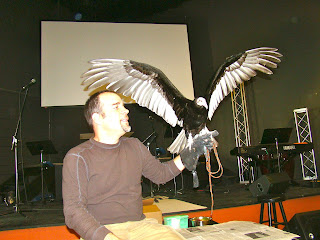 Can you see the "holes" in the beak of this animal?  They are like "spoilers" on a car.  The air goes up and over the beak of this bird when its flying.  The circulated air helps the bird to better smell its prey.  It does not have good eyesight, but a very keen sense of smell. 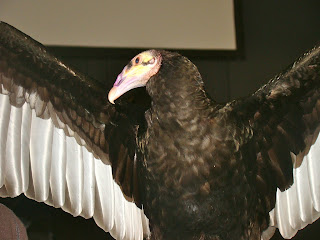 And yes, he did show us why he was so gross and stinky.  (Throws up a very smelly mess to scare off other predators from any prey they might find.) 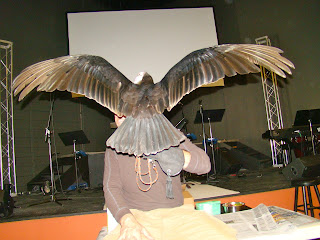 The next animal was the one that he said was the most dangerous - but also the "cutest".  Well, out of today's group of animals, it wasn't much of a contest.  LOL  A monkey.  With an attitude.

It was quite funny to see the techniques that were used to keep the monkey in line.  I'm not sure if I mentioned it, but Dan is quite funny!  The whole show was very enjoyable and as much for the young adults as for the younger children. 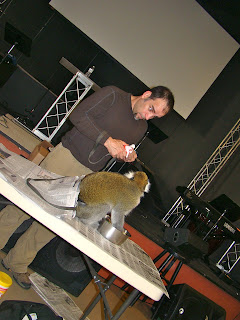 The monkey was quite territorial about his ball. 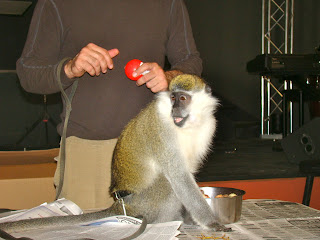 Dan stressed to us that monkeys do not make good pets. 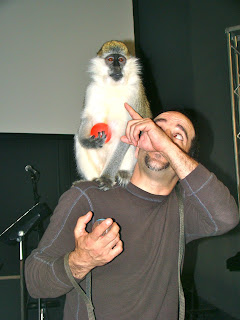 The last animal was one that he said was the most feared animal of all.  He wondered if we knew why is was so feared.  He told us that it was due to the fall - the original sin in the Garden of Eden.  Did you know that the snake is the only animal that was cursed by God?

This is an albino python.  Can you see just how big it is? 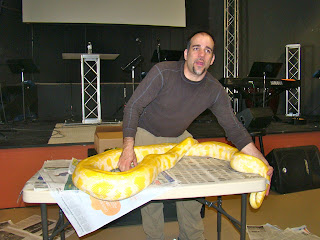 And weighed in at 95 pounds!  Eliana and I were right in front of him and there was a time when he stretched out closet to us ... and I was waiting and hoping that he would go back before he crossed the line for me.  Eek! 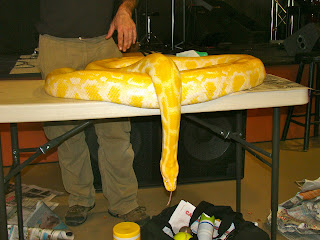 Afterwards, the kids could have the photo taken with the snake.  Daniel was willing to have a photo, but did not want to touch it.  LOL  Can't blame him. 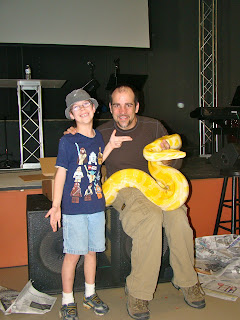 Hmm ... not touching it here either,  Joshua?  You can't see all of this huge snake that is around Dan. 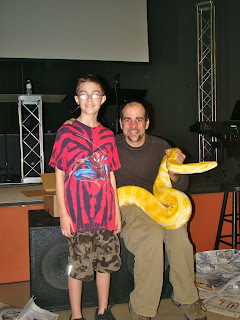 Yes, it was unanimous.  None of the Nelsens wanted to touch the snake.  LOL  Can't blame them at all. 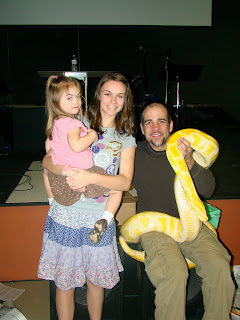 Again, this was a wonderful program.  I'd be happy to answer any questions about it if you have them.  The day here was so beautiful!  We headed to a nearby park and had a picnic lunch and played.  A fun day.  I love this type of day.  Field trip days are some of my favorites.
Hope you are learning and exploring and enjoying God's creation!
Blessings
Leslie
Posted by Leslie at 1:45 AM 2 comments: Links to this post