We have started back our school year and the co-ops too.  We are continuing with our Before Five in a Row co-op.  We have some of the same friends and some new ones too.  We are looking forward to a fun year ahead.  This is such a sweet story.  The felt bear with the book is one that I made for some of my older children.  :-) 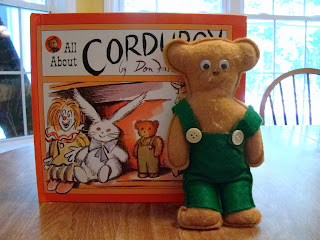 We started by talking about the story and its theme of friendship.  We discussed friendship and what it means to be a good friend.  We learned the verse "A friend loves at all times" (Prov 17:17).  I taught them how to sign the verse too.  (Can you see some of them signing "love"?) 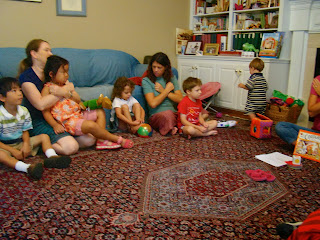 Next we read the story. 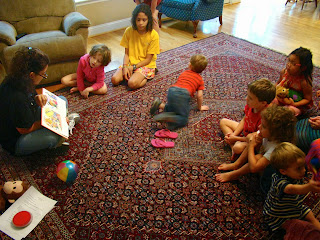 Then we played some games.  Our general format for co-op is as follows:

We have two moms splitting up the teaching time and this has worked well for us.  Our first activity was acting out the poem "Teddy Bear, Teddy Bear Turn Around".  We did this a couple of times. 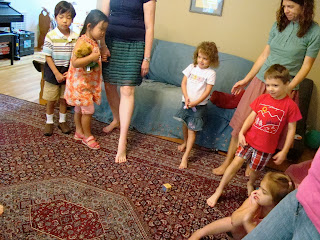 Next we played a fun game that had them taking turns and doing activities that varied based on the color of button that they selected.  They would first roll the die and then pick up a button.  This idea is from the game Roll and Play. 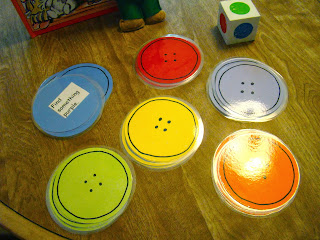 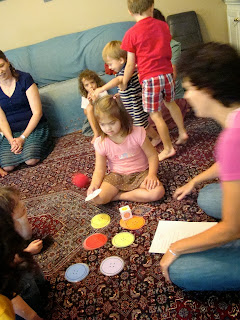 The children took turns so nicely and had fun with it, though some were shy about doing some of the louder or more boisterous activities. 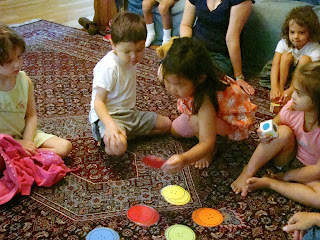 Playing "button, button who has the button".  One child was it and would walk around the circle pretending to put the button into each person's hands that were behind their backs.  We also did a button search with some large plastic buttons, but I did not get any photos of this one. 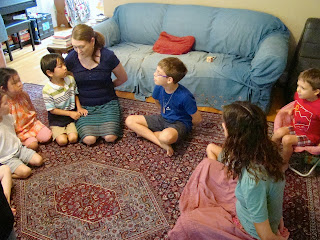 Snack idea was making a bear face.  We did a similar activity last year and tried it out again.  A rice cake was the face and then they spread almond button on top.  (We have one with a peanut allergy.)  They could decorate the face with apple slices (ears) and raisins.  We also had gummy bears - which disappeared very quickly! 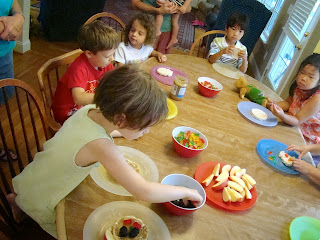 Our last activity of the day was a craft.  Each child was given a bear cut out and a pair of green overalls. 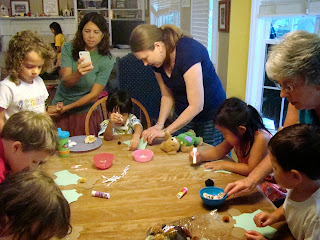 After putting on the overalls they could choose from an assortment of things to decorate their bears - googly eyes, pompons and of course, lots of different buttons. 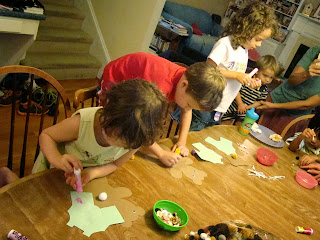 They used q-tips to apply the liquid glue.  This works really well!

They were all so pleased with their bears. 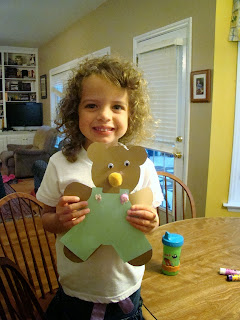 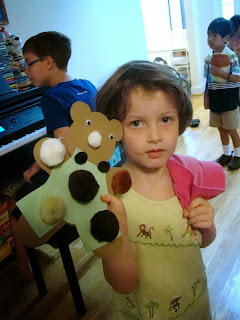 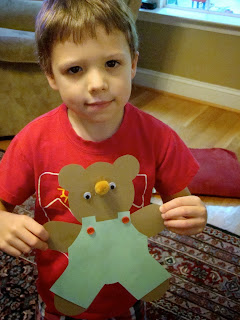 Eliana was delighted with her bear.  She has brought it to me many times to show it to me again.  I love that she is proud of her work - and I also love that she participated!!! 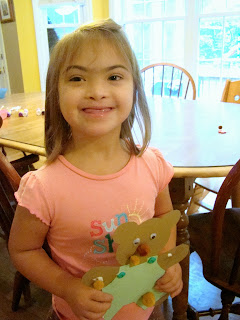 This was a fun first start and I look forward to getting together again in the future.  We are meeting monthly which is fun and just the right amount of time for all of us.

Would love to hear about any fun ideas that you have done with  Corduroy.  Up next month - Katy No Pocket.

Posted by Leslie at 1:01 AM No comments: