Playing catch-up here on our co-op posts.  Thought I'd share it though for those who want to follow what we have done or are using any ideas for their co-op.

We met for our last time covering the book Homer Price.  This was our 3rd meeting and we covered chapters 5 and 6. 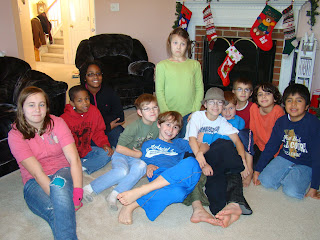 They learned about assembly lines - a little about the history and also how they function.  Then it was their turn to try their hands at it.  They were split into two groups.  Each group was going to use assembly line structure to make 8 Christmas cards each (all alike).  They looked at the cards and each chose a job to do.  Ready ... set... go! 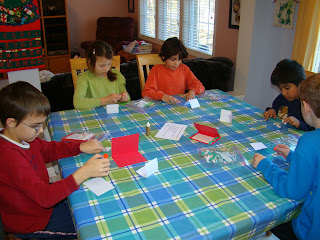 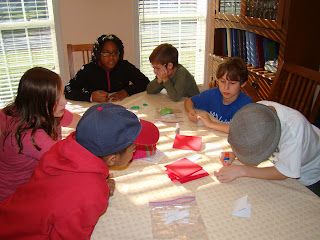 First was glueing a paper on the front and one on the inside.  (Is it funny the two of my boys were doing the same job?!) 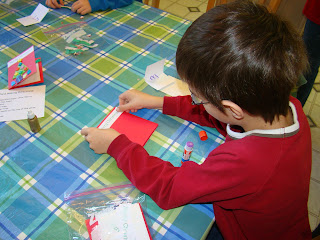 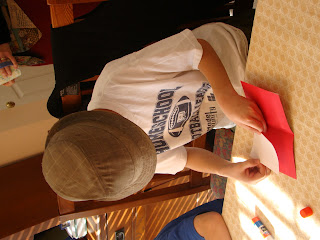 Next was adding a tree to the outside of the card. 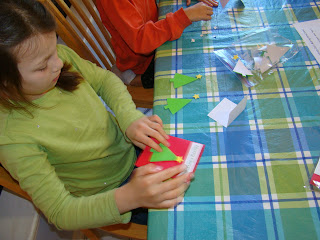 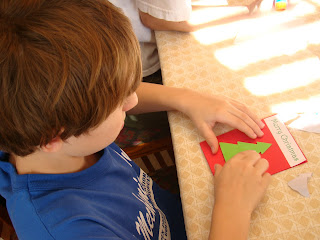 The third step was adding a star and ornaments to the tree. 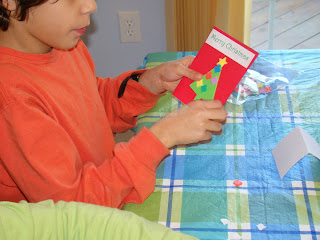 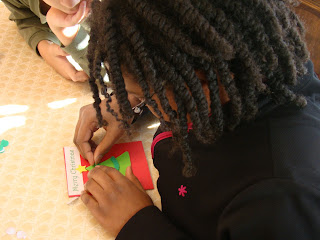 The fourth step was adding presents under the tree. 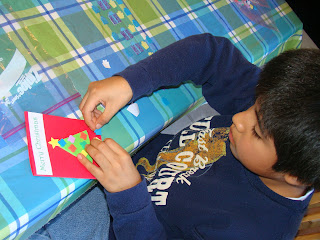 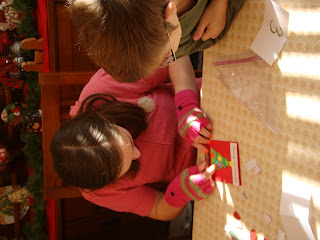 The fifth step was adding a garland inside of the card. 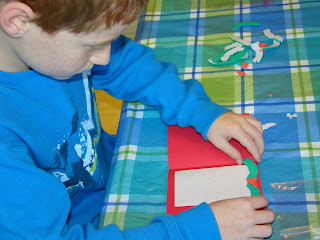 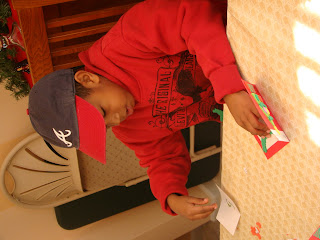 For the last step, someone in the group added some glitter to the front and they had beautiful finished cards! 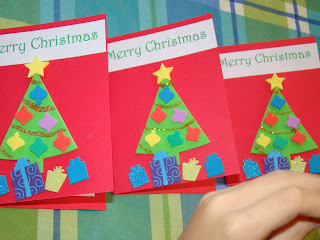 They learned a lot in the process.  One was that you needed to understand the steps that came after yours.  For example, if you didn't place the tree high enough on the card, there wasn't enough room for the presents.  They learned about quality control too.  What a fun way to learn!  They each signed the cards and several were sent to the mayors of our respective towns.  (We talked briefly about government too). 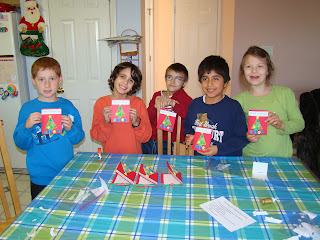 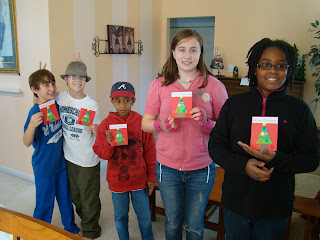 We had a devotion on gifts, giving and being generous.  We also had snacks.  The second part of the co-op focused on learning to play checkers.  Now, some children already knew, but these rules varied from what some were used to. 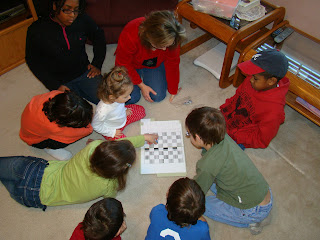 They were split into group of two for playing the games.  It was fun walking around the quite house and seeing them all so intent on their games. 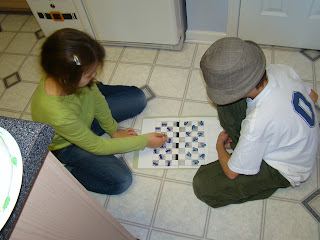 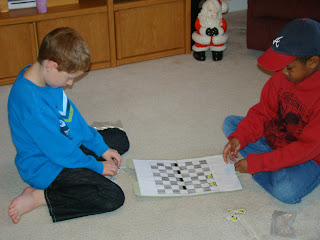 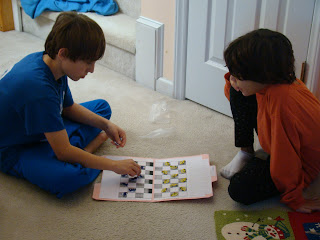 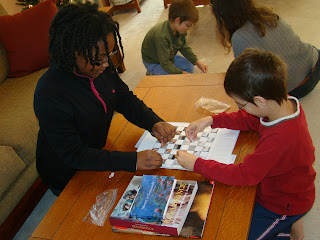 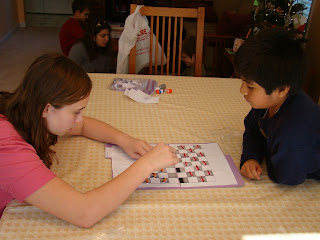 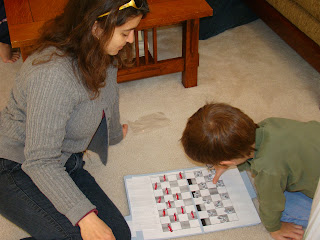 This was another wonderful co-op with our FIAR group.  Thanks Jen and Julie!