Oh, what a delightful day!  A fun way to start out new unit on The Boxcar Children!  We had beautiful weather and amazing teachers!  First we entered "the Bakery" to start our learning. 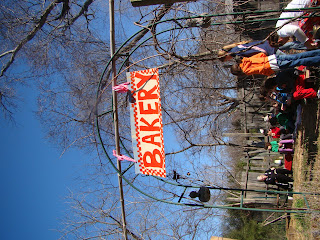 So many fun things to learn about ... wheat, grains, expressions related to bread and more! 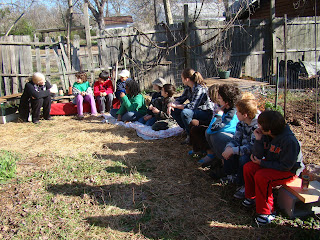 A display of various grains and breads.  The children each had either a picture or a word and they went to match up their card with the actual item on the table. 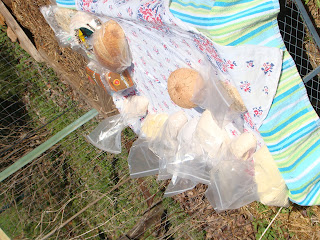 They did pretty well too! 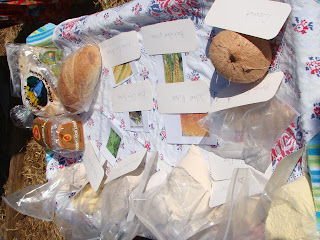 Can you read this list?  It's expressions or saying that relate to bread in some way.  An example is that wealthy people are sometimes referred to as "upper crust".  The story behind this is from several hundred years ago when wealthy people were served just the upper crust of the bread while the bottom of the bread which sometimes burned in the baking was reserved for the servants or poorer people. 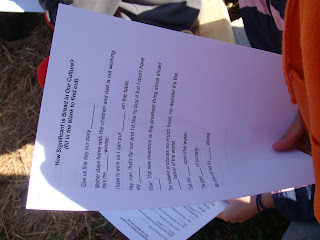 They learned about various grains and the scientific group/family to which they belonged.  Some are actually grasses.  All of this was very interesting to me as I'm learning about grains as we prepare to go gluten free most likely this summer. 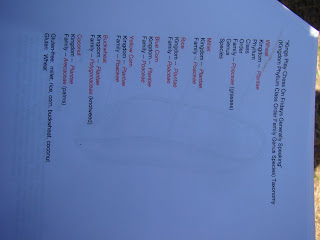 A drawing of a piece of wheat and a discussion about it's various parts (and the difference between white and whole-wheat). 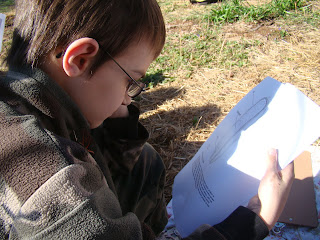 Next the children acted out the story - or the first several chapters of it.  They were each selected to act as one of the characters in the book might act.  (Older boys were Henry, younger boys were Benny, etc.)  Below is "Henry" carrying "Benny" at the beginning of the story as they leave the bakery. 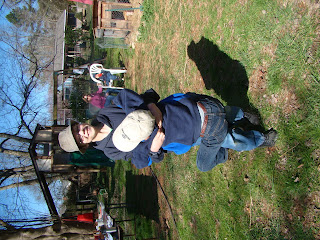 Their travels took them all around the yard. 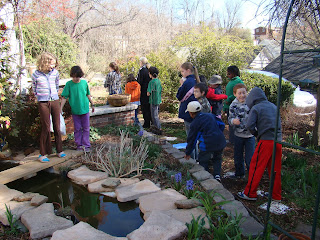 Stopping for some water at the "fountain". 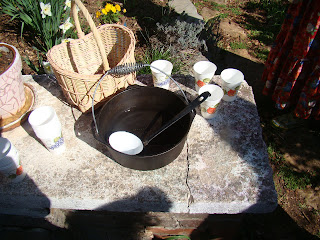 Bread from the bakery.  (This was rice bread - gluten free.  I was not excited about how it tastes and neither were most of the kids.  LOL) 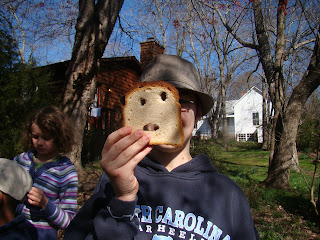 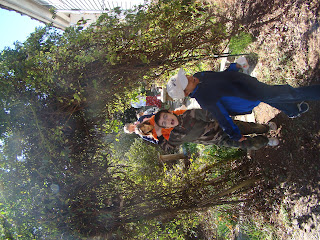 The found a boxcar which was just perfect for sleeping in! 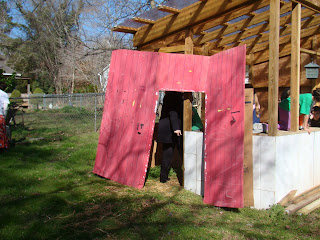 Milk was kept cool in a nearby stream in the "refrigerator" that they made. 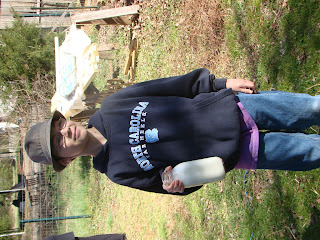 The last lesson was on nutrition.  They discussed the food pyramid and the importance of having items from each part of the pyramid.  They were then given things in order to make up a menu for their own restaurant.  What an awesome job they did with it too!  I loved seeing how hard they all worked to come up with menu items and some even listed prices!  They named their restaurants too! 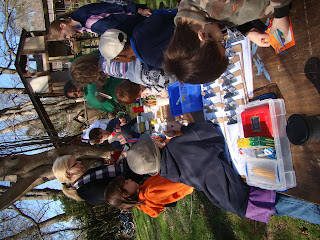 They spread out all over the back yard to think, create and work. 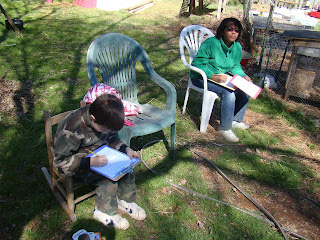 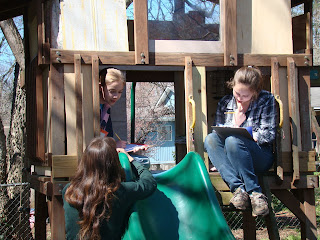 A bountiful snack!  Some of the cookies were gluten free and they were amazing!!!  I was very excited about that possibility!  Thanks Lynn! 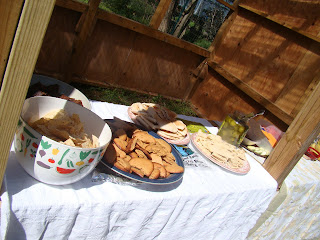 They were each given a pocket with the food pyramid on it.  Attached to the pocket was a ring with all of the items that they should be eating in a day.  As someone ordered from the menu, they would place the appropriate item in the pocket.  This allowed them to see how well they did in eating from all of the food groups.  Isn't this neat?!!! 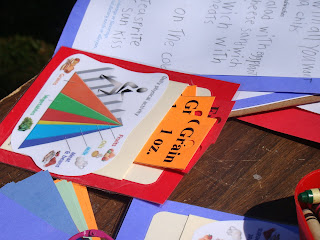 This is a great tool that we'll be able to use again and again! 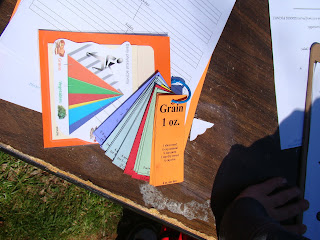 Thanks Lynn and Adele for an amazing day!  We learned a lot and had a great time too!  I love learning with friends.
Blessings
Leslie
Posted by Leslie at 1:20 AM 1 comment: Links to this post