Beyond FIAR Co-op: The Saturdays #2

We had a fun day on our second meeting of The Saturdays.  This is such a fun book! 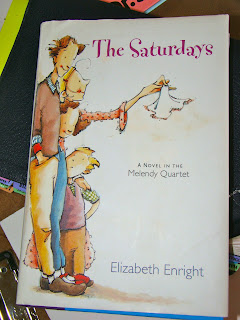 We started with a devotion and read this Seuss story.  A fun story in which the lesson is that you must learn to face problems and not run away from them. 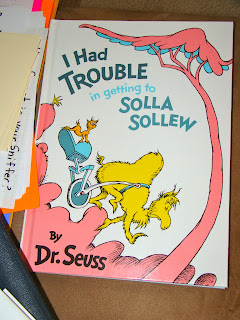 We had a two-part lesson.  The first was on Science Fairs.  We are planning to have a science fair with our group as a part of our study of Neil Armstrong (next book).  This lesson was to help them prepare and be able to work in advance.  (Nothing like some notice so that they will have several months to prepare.)

We discussed the steps of the scientific method.  I read a story to them of a girl working through these steps in doing an experiment and what she learned along the way.  There are lots of great sites with information on science fairs.

Here are free posters on the Scientific Method.

Here is a site with lots of different science fair projects by grade level. 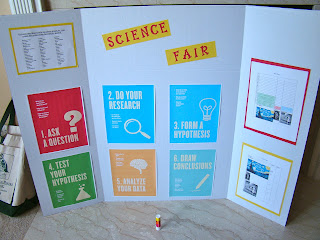 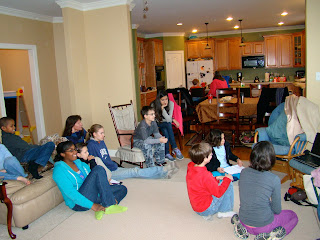 Next, we put into practice some of the steps of the scientific method.  We applied these to learning about static electricity.  We first talked about "What is static electricity".  I went over the charges of atoms and what happens when the charge is changed.  For example, why does your hair stand up after you have taken off a knit or wool hat?  When you pull off the hat, electrons (negative charge) move from your hair to your hat.  Now your hairs each have a positive charge.  Things with the same charge repel each other so the hairs try to move away from each other.  The farthest that they can get is to stand up and move away from all the other hairs.

The children were divided into 3 groups and given a baggie with objects in it to conduct an experiment on static electricity.  They were told to come up with a question.  Form a hypothesis on what they thought would happen.  Test the hypothesis.  Analyze the data.  Draw a conclusion and share their findings with the group. 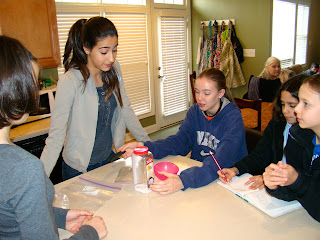 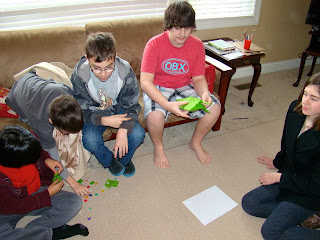 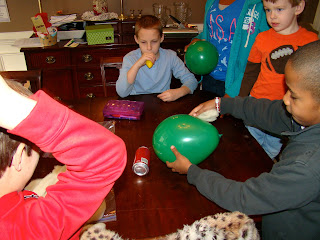 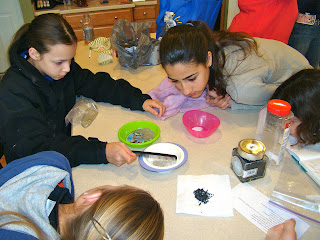 Group 2 was trying to charge the comb so that it picked up pieces of paper.   More here. 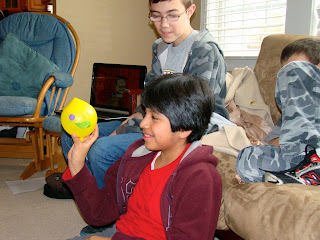 Group 3 found that they could use a charged balloon to move an aluminum can.  This was a fun one! 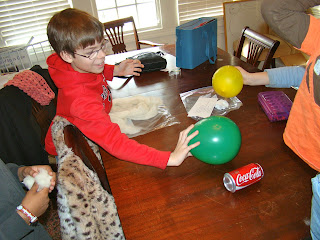 The next part of our co-op focused on the olfactory system.  They learned about how this works in humans and various animals. 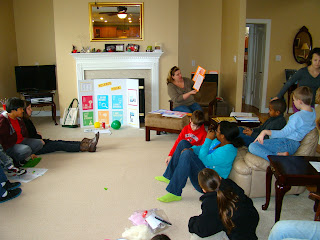 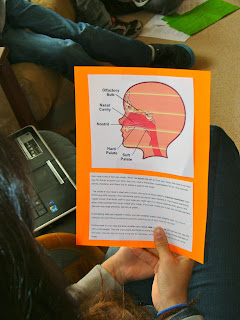 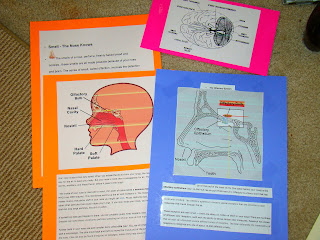 The animal facts were fascinating.  I never cease to be amazed at all that God has done in creation! 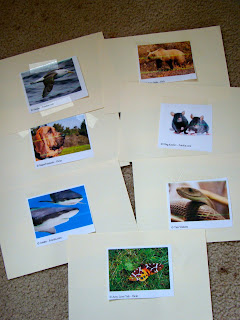 Then it was time to put their olfactory system to the test!  They started by selecting some scented wax. 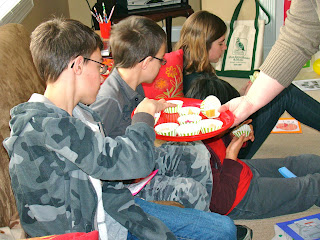 Each student chose a different piece and tried to identify the scent. 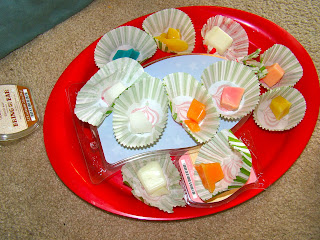 Next, each was given a chart with 12 spaces.  They then smelled from 12 different containers. 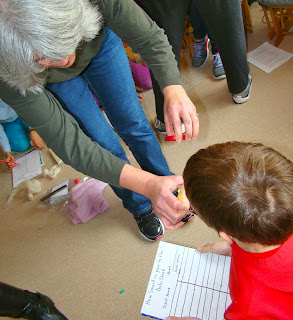 As they smelled, they were to record what they thought each smell came from. 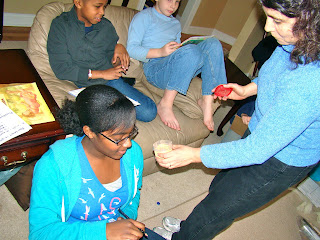 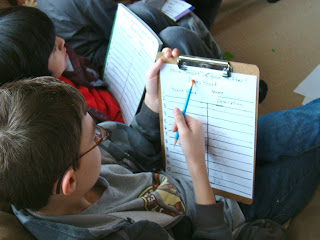 Others were quite hard. 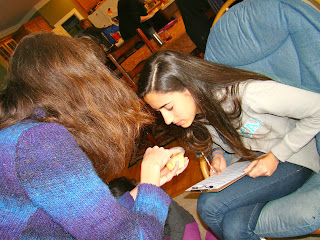 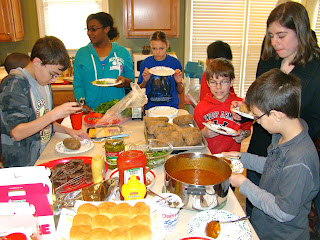 A fun and informative day.  I love our time with this group!

Blessings
Leslie
Posted by Leslie at 12:22 AM 2 comments: Links to this post