Three guys in the kitchen ...

and what do you get?

Guess it depends on the guys.  And for the record, they were each working independently here on 3 different projects.  I'm going to back up a bit though and give you the full story of our day.

We started our day early with a field trip.  We visited the Art Museum in Raleigh to see the Rembrandt display. 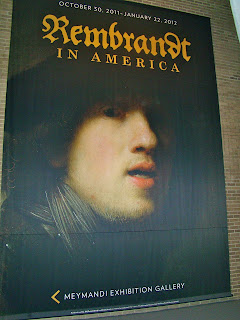 We were divided into groups by age and each group was led by a docent. 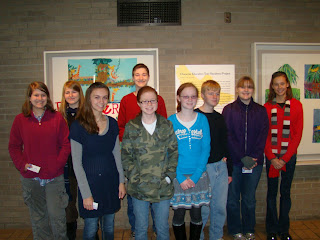 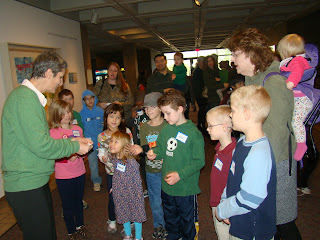 We had excellent docents who were informative and engaging with the children.  The exhibit was crowded, but well done.  If you are interested in going, it will only be here about 2 more weeks (until 22 Jan).  The picture below was one of the few moments when Eliana was really participating with the group.  LOL  I carried her most of the time (and I can tell she has been gaining weight!) 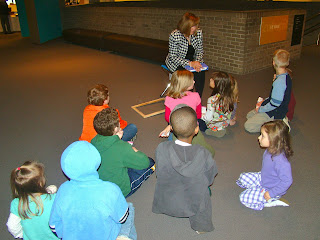 The younger students learned about being a "Rembrandt detective".  What are the qualities that you can look for in one of his paintings.  She talked about lighting, the "white spot" on the nose, the layers of paint, using the butt end of a brush to remove some layers of paint to create detail in hair, etc.  It really was interesting. 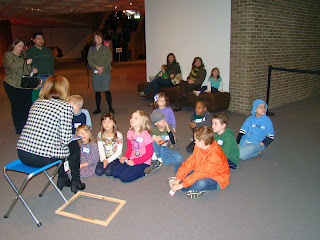 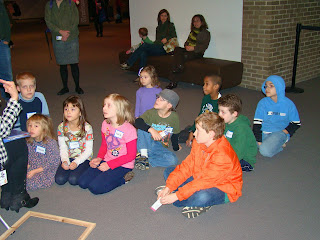 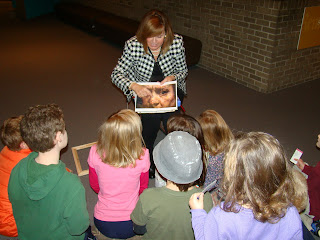 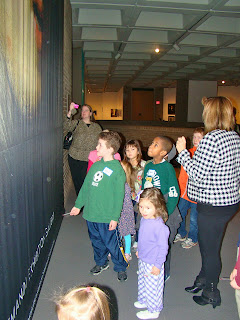 There were obviously no pictures allowed on the tour.  After our tour was over, we headed out.  I had packed a picnic lunch for Eliana.  One of my sweet friends took the rest of my children home.  Eliana and I were headed to the Down Syndrome clinic.  Its been over 3 years since we've been.  Its not that I didn't want to go, but only that the dates available were a constant conflict with our schedule.  But, today it worked.  I sat in the parking lot trying to get Eliana to eat so that her food had time to digest.  I was hoping this might help it all to stay down!

Did I share about our last specialist appt?  Cardiology - two months ago.  She got so worked up about everything - taking vitals, EKG, echo - that once we made it to the exam room she threw up all over everything.  I really didn't want that to happen today!

We made it to the clinic and had a good, but very long visit.  (3.5 hours)  I'm SO thankful for the iPad as it totally kept her amused while we were in the waiting room and as I talked with many people.  Here are the people we met with
*a geneticist (collecting and sharing information)
*a speech therapist (about getting additional speech - we go once per week now)
* a social worker (about services offered through the public school)
* a nutritionist who loaned me 3 books on Celiac disease and gluten free cooking!
*an appt to meet with the physical therapist to see about getting inserts for her shoes
*a doctor who specializes in Ds research

I've gotten good information on some local resources and am waiting for more info to come.  It was well worth the time we spent.  All were very encouraging too and positive about the fact that we are homeschooling.  (That was honestly very refreshing as I'm not always sure what the reaction will be.)

The last thing was going to see the phlebotomist.  The part that Eliana had been dreading was finally here.  The *owie*.  Every time someone came close to her, she started crying and saying "go home" or "Mommy".  I could comfort her by saying "no owie".  It won't hurt.  Not this time though.  She started to cry as we walked down the hall toward the lab.  Thankfully this gal is GREAT at drawing blood quickly and on the first try!  After all that Eliana went through last summer, I was very thankful for this!  They are checking her numbers for the celiac screen and hopefully we'll see great improvement.  They will also be checking her iron levels which will hopefully be normal!  We'll go back again in 6 months.

When we arrived home close to 5pm, we began to hear a story.  It was lunch time and *someone* wanted a bowl of soup.  He wanted to heat it up and asked for a bowl.  He was told to use a pot.  So he did.  A metal one.  In the microwave.

Yeah.  I guess I hadn't covered that with him.  You can't put ANY metal in the microwave.  Thankfully, it wasn't in there long, but the handle/button on the lid popped off after 5-10 seconds.  Again, thankfully, his big brother heard it and stopped the microwave.  Wow, that could have been so much worse.

The pot - and the knob that popped off. 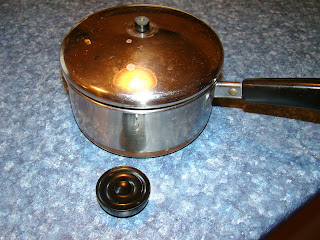 After the long day I'd had wrangling hanging out with my littlest cutie, I was beat!  I went upstairs to rest for a few minutes.  I was able to do that because Christopher had started dinner for us earlier in the day in the crockpot.  (And it did smell delicious when I walked into the house too!)

I wish I had taken a picture of it, but didn't.  Something like this.   Even with the fresh avocado slices. Did I mention it was delicious?  Christopher is an excellent cook.  He began to cook at an early age and was willing to experiment with flavors and usually with amazing success.  He is much more adventurous than I am and it serves him well.  It has been fun having him cooking again.  Thank you Christopher!

OK, that was the second guy in the kitchen.  So far, not too bad.  One mishap.  One delicious meal.  Now the last one.  Another mishap.  At this rate, I'm going to be getting some new cookware and things.  LOL

As I was resting, I could smell burning.  I thought it was odd because I knew the soup was in the crockpot and the rest of the meal was a salad.  What could be burning.  I didn't worry too much though because I knew that Roger was downstairs and would take care of it - or let me know if I needed to do something.

What I found out when I came down was that there had been something burning  - only it wasn't food.  It was this.  A cutting board. 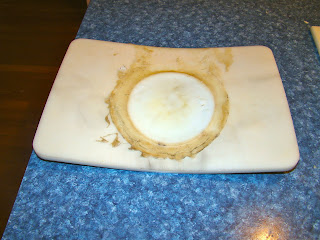 He (can you guess who?) put it on the stovetop.  My first comment was "you shouldn't put a cutting board on the stovetop".  He turned on the wrong burner.  Before he noticed it, the entire center of the circle was melted and liquidy.  (I know that isn't a word, but you do know what I mean, right?) 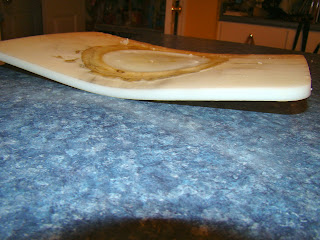 He quickly grabbed it off the burner and dropped it on the floor.  (Thankfully the liquid side was up.)  Then worked to get the melted plastic off of the stove first trying to figure out which of my kitchen utensils would be fine to sacrifice in the process.  LOL 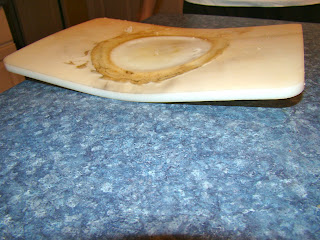 Um, yuck!  What a mess!  Well, I am trying to do some decluttering and the kitchen does need it too. 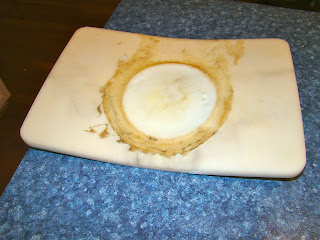 Funny thing is that the smoke detector didn't detect anything - and apparently there was smoke.  It does however, go off anytime I cook at 450 or higher.

So that's been my day.  We ended the evening playing games which was a lot of fun.  It's time to get some sleep now.  I'm hoping tomorrow is a calmer day.

Hugs,
Leslie
Posted by Leslie at 1:26 AM