Still running behind and will soon post on something other than field trips and co-op.  We visited Raleigh Little Theater with our FIAR group and what a fun outing!  We were split into 3 groups based on age.  I hung out with the youngest group.  I wish we could have taken a  peek at what the older kids were doing, but am thankful for other friends taking photos!  Here is Lynn's post on this outing.

While the older kids were having a tour of the theater and then having a class on acting, the little people had a Mom led activity that was lots of fun too!

Do you recognize the book?  It's one of my favorites! 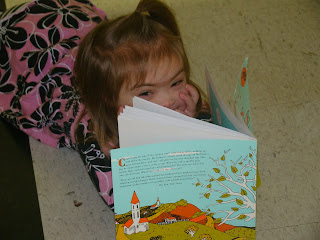 Yes, it's Caps for Sale.  Funny thing, the group of elementary aged kids were also using this story for their drama time.  It is such a fun one!

Who can resist piling a bunch of caps on your head? 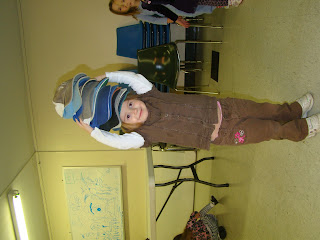 It just has to make you giggle! 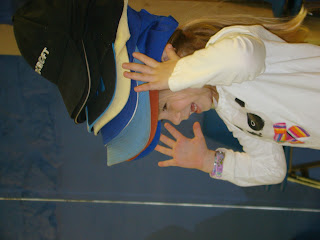 And its fun to be a monkey who takes one of the caps. 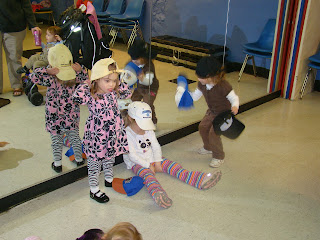 The HUGE mirror in the room was just added fun!  They all loved seeing themselves. 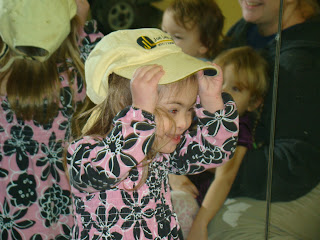 We read the story first, and then had the girls act it out.  Shaking their fingers and responding with a "tsz, tsz, tsz like the monkeys" is a blast! 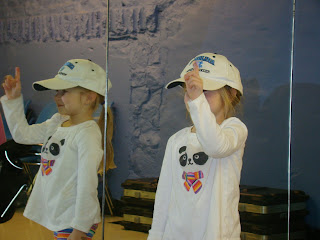 After the story it was time for a fun monkey craft. 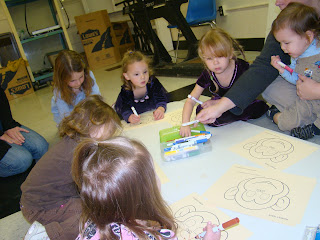 They were each diligent in coloring their masks. 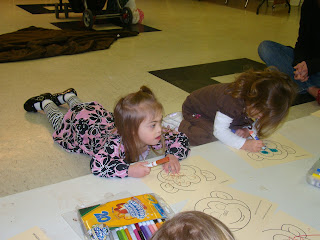 Adding some elastic made them easy to wear.  Well, if you were cooperating with wearing it.  LOL 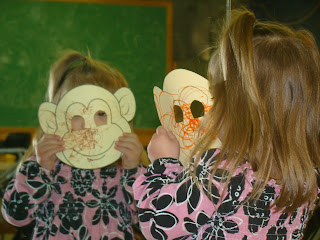 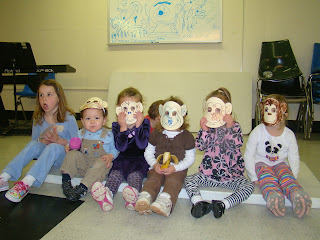 After finishing up, we went outside to run and play while we waited for the bigger kids to finish.  Another fun outing with friends.  I'm looking forward to our next one - tomorrow.

Blessings,
Leslie
Posted by Leslie at 12:19 AM